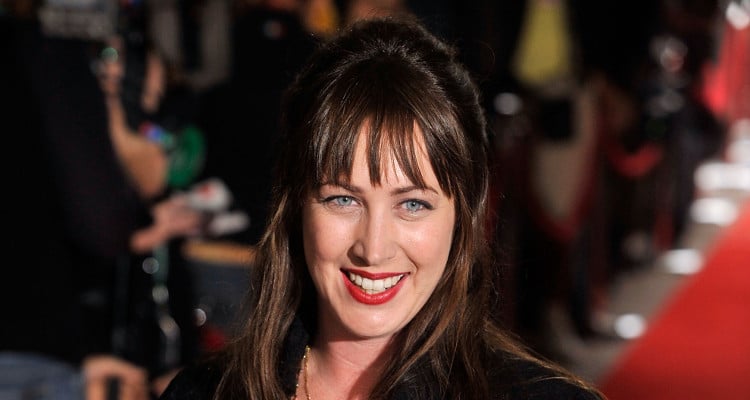 Adria Petty is grieving the death of her father, rock musician Tom Petty. Although he was a tough act to follow, his daughter worked hard and became successful as a music video and TV commercial director. She is also an excellent designer and created many marketing campaigns for several well-known artists like The Who and Regina Spektor.

The apple doesn’t fall far from the tree. Ana Adria Petty, Tom Petty’s daughter, is living proof of this adage. She is devastated at the loss of her father, who passed away after suffering a heart attack on Monday, October 2, 2017, in a Los Angeles hospital.

Petty was a hugely talented, hard-working, bona fide rock star, who created some of the most famous songs in contemporary rock like “The Waiting,” “American Girl,” “Here Comes My Girl,” and “Listen to Her Heart.”

Adria Petty has inherited a love for music and art from her famous father and has made a successful career for herself. Tom Petty’s death has plunged the entire music industry into gloom as he was a very highly regarded, respected, and revered rock musician who had a passion for music.

Here are a few details from Adria Petty’s wiki.

Born on November 28, 1974, in Los Angeles, California, to Jane Benyo and Tom Petty, Adria Petty’s age is 42. She is a director, editor, art director, and artist, who is best known for her work in music videos for a diverse set of musicians including Beyoncé and Regina Spektor.

Before starting her film career, Petty was a student at the Tisch School of the Arts graduate program. After graduating, she assisted acclaimed directors like Penny Marshall and Jonathan Demme to learn the ropes of filmmaking. Since then, she directed scores of music videos, TV commercials, and a few films to become one of the most sought-after directors in the music business.

Some of Petty’s standout work includes the music videos for “Princess of China” by Coldplay and Rihanna, “All the Rowboats” by Regina Spektor, “Countdown” by Beyoncé, “Don’t Pull Me Over” by Tom Petty and the Heartbreakers, “Beauty in the World” by Macy Gray, “On Call” by Kings of Leon, and “4ever” by The Veronicas.

She has worked with several artists to develop visual campaigns in print, video, and new media. One of her most celebrated works are the tour visuals she created for classic rock band The Who in 2005. And, she has been the driving force behind several innovative marketing and publicity campaigns created for many other artists.

Just like her father, Petty is also a philanthropist, making commercials for non-profit organizations like CASA and AWE. She also worked and traveled as a film critic, writer, and photographer for Nylon, and made the documentary titled, Paris, Not France about socialite Paris Hilton.

Petty also worked on the short film, NU-6, which was inspired by a hearing exam she had to take when after suffering two ruptured eardrums.

Adria Petty’s Instagram account does not have many photos, but the ones she has posted are of her late father, as well as former Beatle George Harrison, singer Macy Gray, and her friends.

Petty was very close to her father, and our thoughts and prayers go out to her and her family at this time.