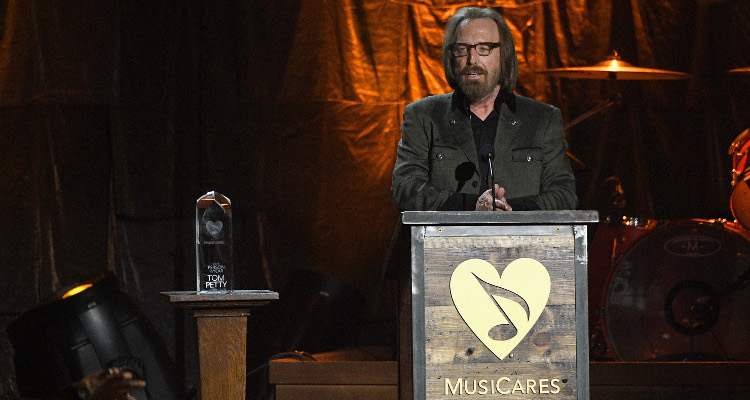 Songwriting icon Tom Petty of the legendary rock group, Tom Petty and the Heartbreakers, passed away on October 2. At the height of his career, his struggles became a hot topic, especially his abusive marriage with his first wife, Jane Benyo.

Legendary rock and roll musician, Tom Petty, passed away on October 2, leaving band scores of mourning fans. He is survived by his current wife, Dana York, his two daughters, and a stepson.

Petty was previously married to Jane Benyo, with whom he had a very volatile marriage. The lead singer of Tom Petty and the Heartbreakers went through a heartbreak himself during his first marriage.

They Were Childhood Friends

Tom Petty had known Jane Benyo for many years, and they began dating when they were teens. Petty’s fellow musician, Stevie Nicks narrated an interesting account of her meeting with Benyo while speaking about the “white-winged dove.”

The rock and roll queen asked Jane Benyo when she had met Petty, to which Benyo said, “At the age of seventeen.” But her strong southern accent made it sound like she said “the edge of seventeen” to Nicks.

So, she decided it would be the perfect title for her new breakout song. Nicks told Benyo, “It’s got to be ‘edge.’ ‘The Edge of Seventeen’ is perfect. I’m going to write a song.”

Nicks and Petty were friends, and the Fleetwood Mac singer reportedly caught Benyo hooked on something more than alcohol. Once, Petty returned after a recording session to find Benyo passed out from perhaps drugs and alcohol.

Petty and Benyo married in 1974 after the birth of their first daughter, Adria. After their wedding, they moved to Los Angeles so Petty could pursue his music career. Their second daughter, AnnaKim (also known as Kimberley), was born in Los Angeles just before he signed his first record deal.

AnnaKim and Adria Petty followed their father’s footsteps. AnnaKim Petty is an artist and designer.

Meanwhile, Adria Petty is a director and artist who has directed music videos for artists like Rihanna, Beyonce, Coldplay, and more. Her videos for Beyonce Knowles’ “Countdown” and Rihanna’s “Princess of China” were nominated for MTV VMA Awards.

They Had a Volatile Marriage

Benyo and Petty’s marriage wasn’t perfect. In fact, they went through lots of ups and downs complicated by Petty’s burgeoning stardom and drug use, as well as Benyo’s mental illness. Petty called it his “dark period” when he developed a drinking problem and was going through a rough patch with Benyo during the late eighties.

They had huge fights, which resulted in Benyo moving out of their home for a while. In his frustration, Petty almost ended his guitar-playing career when he injured his hand by punching a wall.

“But at that time in my life, my marriage, and just about everything else, was on the rocks. I was just overindulging more than I should — the brandy was coming around more often. I was hitting all sorts of walls,” Petty once said.

In Petty’s biography, Warren Zanes spoke of Benyo’s own problems. She was said to be verbally abusive, which stemmed from her own insecurities. And Adria Petty confessed that her mother was deeply in love with Petty, but her insecurities and resentfulness consumed her.

His rising career had got in the way, and he had not been around to help Benyo with their daughters for a long time, “and fortunately Jane was strong enough to basically run the whole show by herself for a long time.”

The “Free Fallin’” singer claimed they managed to get over their issues and he was very much in love with her. Calling her an honest and frank person, he said he couldn’t stay away from her for a very long time. “But there were times when we definitely were not getting along when we fought like f**king Apaches, you know. I’m lucky they still let me live in this neighborhood.”

Theirs Was a Dramatic Divorce

Five years after the interview where he said they had fixed their problems, Petty and Benyo couldn’t weather out their differences and ended their 22-year marriage and divorced in 1996. Petty, who was a victim of his father’s abuse, said his parents’ marriage was hell and called his relationship with Benyo an abusive one.

The divorce was heartbreaking for Petty who said that “the only thing that stopped the pain was drugs.” Zanes wrote about their separation at the time saying, “He was a man with kids he couldn’t help. A man with tremendous wreckage in his personal life, a man divorcing his longtime wife, a woman who was struggling with delusional thoughts and a mind that was turning on her.”

Petty’s drug use was a secret to the point that his close friend, Stevie Nicks, was also unaware of it. When he met Dana York, who later became his second wife, he was secretly struggling with a heroin addiction.

York was by his side when he sought therapy for his addiction. After overcoming his drug addiction, Tom Petty and Dana York married in 2001.