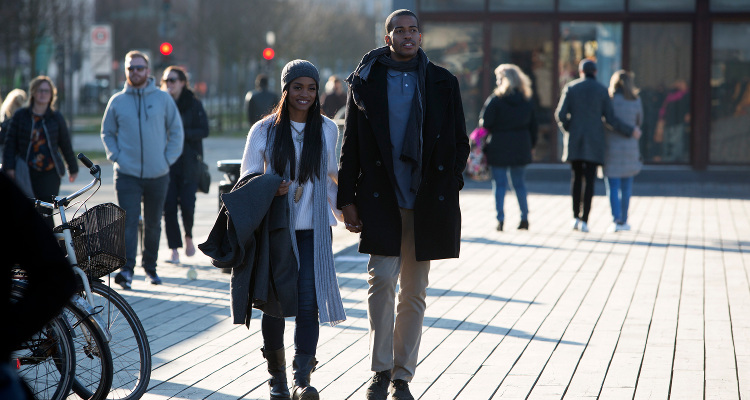 The Bachelorette gave us two episodes of the intense Kenny vs. Lee showdown in Week 5. With both out of the way, it’s time to focus on the Final Rose. But there’s going to be a delay. Proceed with caution as there are spoilers ahead.

Only six men remain in the race for Rachel Lindsay’s heart as The Bachelorette goes Scandinavian. Rachel is very close to finding the man for her, but we have to wait a little longer to find out to see who she picks. Is The Bachelorette on tonight? We’ve got all the details of the schedule and The Bachelorette spoilers right here.

Why Isn’t The Bachelorette Airing Tonight?

The Bachelorette airs every Monday at 8 p.m. EST on ABC. However, this Monday (July 3), there won’t be a new episode. The Bachelorette Week 6 will air on Monday, July 10.

ABC will air an old episode on July 3 as they did on during the NBA Finals. Though an episode was never scheduled to air on this week, avid members of Bachelor Nation will be consumed with fireworks and celebrations and not with roses and romance on TV.

Also Read: Jack Stone from “The Bachelorette”: Wiki, Age, Instagram, & Everything You Need to Know

Last week on The Bachelorette was a two-episode bloodbath. Jack turned to Stone (get it, because he’s Jack Stone) when Rachel sent him home after a train wreck of a date. After sending Jonathan and Iggy home during the Rose Ceremony, the gang headed to Norway. Bryan and Rachel had a death-defying date that involved rappelling down the apex of a ski-jump in Oslo. For his charm, Bryan earned the date rose.

When the group date card for a game of handball arrived, there were no doubts about who would be going on the dreaded two-on-one date. Throughout this week, Kenny and Lee had been butting heads. Lee, known for his racist tweets, was manipulating and twisting Kenny’s words and making him out to be a bad guy. Even the other guys in the house who pointed out Lee’s manipulations did nothing. It was obvious that a two-on-one date with them would create drama.

So with some ominous background music for Lee, he sets off on the date with Rachel and Kenny in a helicopter to a Norwegian forest. Rachel had to put her attorney hat on and filter the truth from Lee’s lies. At the same time, Kenny tried his best to convince her that Lee is lying about him.

While Rachel thought it through, Kenny and Lee had a verbal war. Kenny was obviously not the most eloquent. His insults needed a bit of work but Bachelor Nation understand how he must have felt. Even Rachel decided that Lee is shady and sent him home. Later, she sent Josiah and Anthony home.

After all the whining, Eric finally got that one-on-one date with Rachel —and in beautiful Denmark no less! There was definitely a little chemistry there. On the other hand, her one-on-one with Will was flat because the guy just can’t read signals. How hard does a girl have to try to hold your hand, dude? Ironically, he said “Physical intimacy is very important to me.” Actions speak louder than words, buddy. So he hit the road and was right in saying that it was his fault.

Since we’re in Denmark, there has to be a Viking group date. And the guys engaged in some Viking sports. They looked like they were dressed for a Game of Thrones party rather than Vikings, but who’s complaining? They played old Viking games like wrestling with an added twist. Pro-wrestler Kenny took on Adam and things turned a bit bloody. Yes, that chilling image of Kenny’s bleeding brow in previews all season was this very moment. Underwhelming much?

Even after having a brave Viking moment, Kenny is down in the dumps. So he and Rachel mutually agree that he should return to his daughter. That was the cleanest breakup in the entire franchise but doesn’t mean no one else is going home. At the next Rose Ceremony, it’s bye-bye for Alex.

What’s Next on The Bachelorette?

From Norway to Denmark, and now to Switzerland, Rachel Lindsay and her remaining suitors are getting ready for the big finale. According to Reality Steve, two guys will be sent back home from Switzerland. But there will not be a Rose Ceremony. This means four dates and four roses, and the top four guys will return to the U.S. with Rachel for the most-anticipated hometown dates.

According to ABC, Bryan opens up about his troubled past on a date, while Dean shares his concerns about his dysfunctional family. Rachel and Peter enjoy a date on the Swiss Alps before they head to France. The French leg will be in a beautiful palace straight out of a fairytale, which is the running theme about the contestants this season.

The Bachelorette returns on July 10, at 8p.m. EST on ABC.