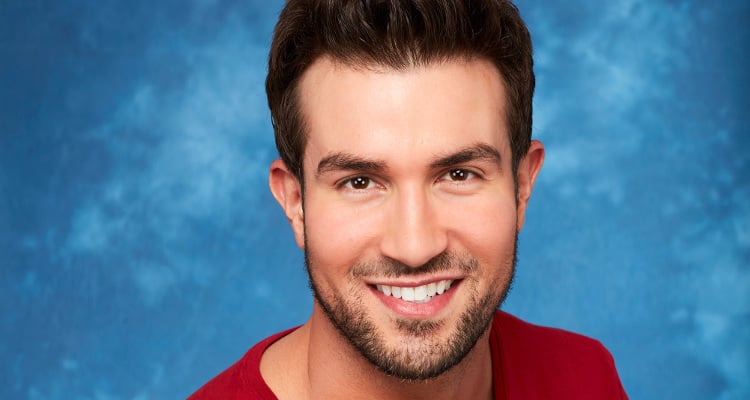 Dr. Bryan Abasolo seems to have it all: looks, brains, and personality. So does Rachel Lindsay, The Bachelorette 2017. Is it a match made in heaven? Abasolo had a rough time after having been sued for fraud, but the case is now behind him. We all know that he made a good impression on Lindsay. Will he be the lucky guy who gets the girl?

Watch out for the good doctor on The Bachelorette 2017! Dr. Bryan Abasolo is one of the front runners this season, who has a great shot at winning Rachel Lindsay’s heart. In fact, he’s made such an impression that even Reality Steve himself has changed his tune, and is now saying that he is the one Rachel chooses in the end! The Bachelorette‘s Bryan Abasolo is from Miami, Florida, where he is a chiropractor for the accident and injury team at a local clinic. He is also an associate/distributor for Total Life Changes LLC, a health and wellness company. Abasolo helps people with areas like detox, weight loss, energy, and sexual performance, as well as shows people how to make money while helping others. Bryan Abasolo’s birthday falls on February 15, 1980, which makes his age 37.

She’s Got it All

Bryan Abasolo and Rachel Lindsay have had good chemistry from the moment they met. He spoke to her in Spanish and admitted to her that he could be trouble, a line that seemed to go well with Lindsay. Abasolo was very impressed with what he saw and told the cameras that Lindsay has the brains, beauty, and personality he wants in a woman. He went on to say that any guy would be lucky to have her.

However, Abasolo has been in trouble with authorities when it comes to his medical practice. In March 2016, he was one of many chiropractors who were sued by Allstate insurance company for false medical documentation. Dr. Abasolo was accused of “submitting, and causing to be submitted, false and fraudulent medical records, bills and invoices through the U.S. Mail seeking reimbursement.” According to reports, Abasolo and the other doctors denied the claims and the case was dismissed on March 22, 2017. That was just in time for Abasolo to have a fresh start on The Bachelorette 2017.

Up close and personal #newyearsday #2017

Abasolo loves watching sports, and his favorite TV show is SportsCenter. The reason behind that is, “I love sports and love talking sports with my friends, so I get the most information from that show, and sports talk radio.” Abasolo hates it when his date has bad table manners, but that won’t be a problem if he goes out with Rachel Lindsay. She is a fine lady and could teach Abasolo a thing or two about sophistication.

One of the Front Runners

Bryan Abasolo’s Instagram account shows how social and fun-loving a person he is. It is full of pictures of him with his family, friends, fellow The Bachelorette contestants, and with his pets. There are also pictures of food and some quotes, as well. Abasolo’s Twitter account is very active and continues to have more followers as new episodes of The Bachelorette 2017 air. From the looks of it, he seems like a fine prospect for Lindsay to take a chance on. Though some people claim to know who Lindsay chooses, many people believe that Abasolo has a good chance of getting engaged to her at the end of the season. Rumor has it, he is the one! There is only one way to find out: Watch the show!

The Bachelorette airs Monday nights at 8:00 p.m. EST on ABC.