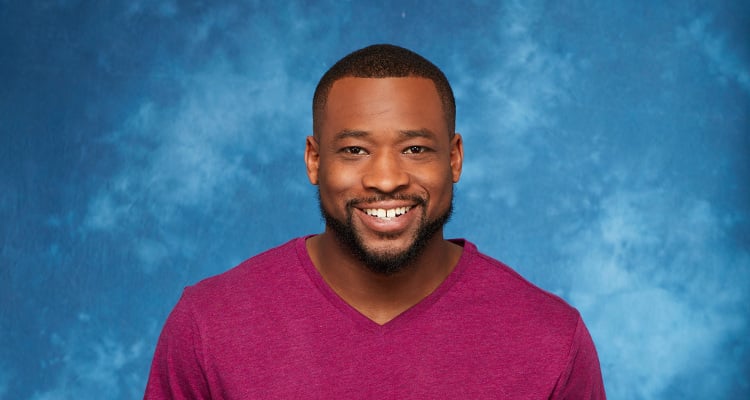 Bachelor Nation knows very well that the contestants’ social media accounts are a great place to get hints about what’s going to happen on The Bachelorette. Kenny King, The Bachelorette contestant, has dished some interesting facts about the show on his Instagram.

The Bachelorette Week 5 is going to be filled with two nights of intense drama. It’s time for the dreaded two-on-one date, where Rachel sends one of the guys directly home. The date pits two of the biggest rivals in the house, Kenny King and Lee Garrett, against each other, and people couldn’t be more excited. Bachelor Nation is well-versed with Lee and his infamy. He has deleted his social media accounts after his racist and misogynistic tweets came to light. But we can still visit Kenny’s social media pages, where he hints at what goes down in every episode. Check out Kenny on social media and perhaps he’ll give us a hint at what goes down in the nail-biting Kenny and Lee two-on-one date in Episode 5!

Kenny Layne, or Kenny King as he’s called professionally, is a wrestler who is signed with Ring of Honor, a wrestling promoter. The Florida native grew up playing football for various universities. The 35-year-old now lives in Las Vegas with his 10-year-old daughter.

His wrestling career began with WWE’s Tough Enough, where he was trained by veterans like Al Snow and Chavo Guerrero Jr. He has competed in the independent wrestling circuit and other wrestling shows. Though he was a popular wrestler, his net worth hasn’t been calculated yet. It’s only a matter of time until it is, since he’s also a reality star now.

3 dudes…1 dad. Check out who prevails tonight on #abcbachelorette Big ups to @deanie_babies who had a sneaky suspicion that the child wasn't his, but loved him anyway

Kenny’s social media mostly talks of his wrestling life. His follower count shows just how popular this wrestler is. With over 57k followers on Twitter and 14.3k followers on Instagram, the 35-year-old might be the most popular Bachelorette contestant of the season!

Kenny’s username on both Twitter and Instagram is “kennykingpb2.” There’s no word on whether he has a Snapchat account. He posts about his matches often, but we can also see that he dotes on his daughter. He’s the cool and fun dad, who hangs out with his daughter and also posts dance videos with her. His online activity reveals his healthy cooking skills and his love for video games and chess.

If you follow him online, you’ll see that he’s got a great sense of humor and can make a joke about himself. After the mud-wrestling group date, he has likened himself to the Fantastic Four’s, The Thing. He also loves his side-eye GIF, which can be reused for a lot of situations in The Bachelor franchise.

Also Read: Russell Dickerson Wiki: Country Singer to Perform “Yours” on “The Bachelorette”

And remember the spelling bee group date where Kenny was the first to get stumped on the word “Champagne?” Well he just shared on Instagram that he found the correct spelling. Really Kenny? After all the pre-rose ceremony cocktail parties?

Keep a close eye on Kenny’s accounts to find out what goes down on the two-on-one date on The Bachelorette Week 5, part 1 tonight, and part 2 tomorrow at 8 p.m. EST on ABC.

Apparently I re-invented side eye last night. This is what it would look like if the phrase "foh" was a human in a suit. pic.twitter.com/aBA1OqkRXS