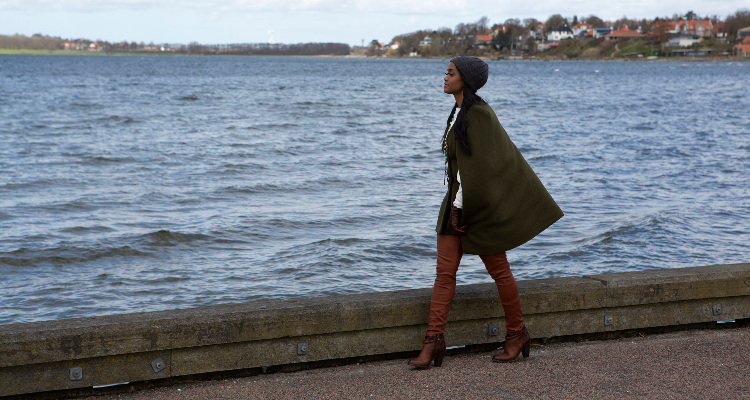 The Bachelorette divided a very intense week into two parts, so the drama continues into tonight (Tuesday)! What happened on The Bachelorette last night? We’ve got you covered. Proceed with caution: Spoilers ahead.

The first chapter of the two-night Bachelorette event aired last night and we assume many were at the edge of their seats by the end of it. Week 5 is where it gets intense with the two-on-one date. It’s a showdown between Kenny King and Lee Garrett with the previews promising a catastrophe. Who was sent home on The Bachelorette? We’ve got the recap and spoilers for Week 5 part 2, right here.

Previously on The Bachelorette

The episode starts with perhaps the sorriest one-on-one ever and some man-drama. Kenny and Lee have a talk about the usage of the word “aggressive.” Lee, or as the ABC promo puts it Lee-vil, is manipulating Kenny rather deviously and twisting everything to make him look bad.

Jack Stone gets the one-on-one date with Rachel Lindsay, which he turns into a train-wreck. He sits far away from Rachel in a horse-drawn carriage and proclaims a “definite connection.” They then go oyster shucking and shagging —the Carolina shag, that is.

As if it couldn’t get worse, Stone says he wants to lock up Rachel! He even insists he and Rachel’s dad are besties. The two go dancing and, after we find out that Jack can’t dance, Jack explains that he was focused only on her. (Sure bud, that explains the two left feet!) “Had I just walked in there, all of my eyes would’ve been on you,” he explained, but Rachel looked bored to tears. Keep in mind, this is the guy who’s a lawyer in Dallas just like her, so even Rachel is confused as to why the lack of spark. Jack professes his love to her and what he sees for their future. “That didn’t sound great to me,” Rachel says as she lets him down gently. We think his first sign should have been when she rejected him for a kiss! It wasn’t his awkwardly questionable statements, his apparent fear of sitting close to her, or even his atrocious dancing that sent him home, the spark just wasn’t there. The two were 100% compatible on paper, but Rachel wants fireworks and she won’t settle for less!

Then at the Rose Ceremony, Rachel sends home Iggy and Jonathan. Iggy suddenly had an epiphany that he likes gossip. Professional “Tickle Monster” Johnathan got one last tickle in, and returned to his part-time job as a doctor.

One more for the road from the Tickle Monster. #TheBachelor pic.twitter.com/AInK5GfJLi

To Norway, With Love

The group sets off to Norway and Bryan Abasolo gets a one-on-one date with Rachel. To test their emotional connection, they decide to rappel off a ski-jump’s apex that’s 187-feet high! As scary as it was, they make it through together, and Bryan impressively stays strong and reassures Rachel until their feet touch solid ground. The rest of their date included kissing, more kissing, and Rachel eating up every word this guy says. We really want to like Bryan, but like Rachel, we too have our doubts. Rachel can’t find a damn thing wrong with him, not to mention he’s absolutely gorgeous, but just can’t figure out why at 37 years old, Bryan is still single! For this reason, her guard is immediately up. Bryan tells her he can see himself legitimately falling in love with her, and reassures her that her fears about him are unwarranted. This obviously leads to more makeouts, and Bryan gets the date rose.

Later, the rest of the guys (except two contentious suitors) go on a group date. We’ve seen a hilarious spelling bee date and an intense mud-wrestling date, and now comes the tighty and mighty handball date! The boys were ask to put on special uniforms, that might as well have been a second layer of skin! The boys, who clearly had no idea what they were doing, battled it out on the court in their skimpy suits, with Rachel clearly enjoying the view. But no amount of coaching from the most serious person in Norway could even help! The U.S. Handball Team took to Twitter and rated the bachelors a 0 out of 5.

The Kenny and Lee feud is turning out to be worse than Shaq vs. Kobe! It’s only ever amplified with ominous music played when Lee appears on screen (You gotta love those producers). Kenny displays some remarkable skill coining words like “Lee-zard” and “rep-til-Lee-an.” Who would guess this wordsmith couldn’t spell “champagne” last week?

In other news, Lee is trying to get Will on his side. But the sage Will is, he tries to make Lee see the light. Remember what he said in the previews earlier? “When you call him aggressive, there is a longstanding history in this country of regarding black men in America as aggressive to justify a lot of other things,” Will explained. Lee twists it around and concludes, “So he’s the guy that gets mad and plays the race card and tries to get away with everything he does.” Dear Lee, no one pulled the race card until you did on Twitter before coming on the show.

Tensions escalate when these two go on a two-on-one date. Before the date, Lee is beefing up while Kenny is FaceTiming his daughter. The two then join Rachel on a helicopter ride and descend into wilderness for a game of  “He Said, Lee Said.”

Rachel gets Kenny’s side of the story before talking to Lee, who feeds lies about Kenny to her. And Lee sabotages whatever impression Rachel has of Kenny by saying he has a drinking problem (which we’re not sure is true), explaining that he becomes aggressive when alcohol is involved. She pulls Kenny aside and tells him what she heard from Lee. Kenny of course, says that those are abject lies. Kenny walks back towards Lee laughing hysterically and acting crazy, before it cuts to “…To Be Continued.” (We’re pretty sure Lee might be about to have his ass handed to him.)

While Rachel dons her lawyer hat to find the truth, Kenny and Lee prepare for a contentious showdown during tonight’s continuation and we couldn’t be more excited!

The synopsis by ABC speaks more about the Lee vs. Kenny fight and we seem to be heading into bloody territory! The preview teases a bleeding Kenny as it looks as though his eye brow is cut open! Did Kenny and Lee go at it!? At least we get to find out tonight! According to Reality Steve, neither of the two are going to last long. Rachel might actually send both home after the two-on-one date, as it’s clear this girl doesn’t put up with drama. But if she’s sending home just one home tonight then it’s most likely Lee, and Kenny will be sent home during the next Rose Ceremony.

Once the dirty deed is out of the way, the group heads to Denmark. Will and Eric are the next probable contestants for the one-on-one. In Denmark, Rachel will narrow down her suitors to the top four finalists before the Final Rose.