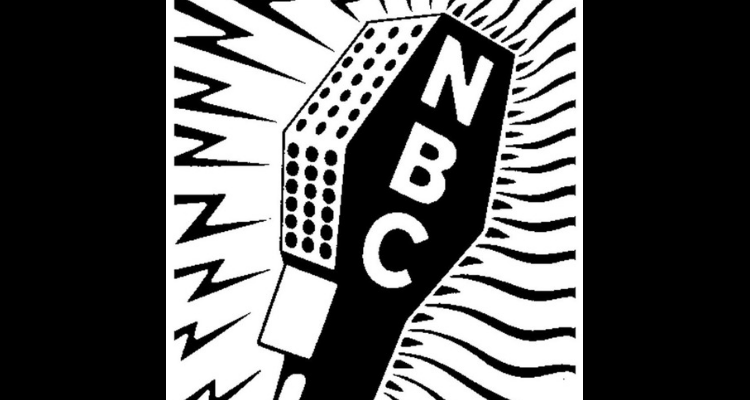 Natasha Bertrand has a sound background in politics, which makes her one of the most insightful reporters on major national and international events. Her hard-hitting coverage of the latest political developments in Washington, D.C. makes this NBC News reporter one of today’s most prominent young journalists. She is beloved by many for her incisive political insights and thought-provoking reports.

You might be familiar with Natasha Bertrand, the journalist who’s extensively covered the Trump–Russia investigation and its aftermath following the release of special counsel Robert Mueller’s final report.

Bertrand has become a regular fixture on NBC News and MSNBC, where she puts various political happenings like Attorney General William Barr’s congressional testimony into perspective. But she’s more famous for a certain incident with former White House special counsel Ty Cobb in 2017.

Our Natasha Bertrand wiki sheds light on this reporter who asks the tough questions.

Natasha Bertrand was born on May 12, 1992, in New York City, NY. Her father, Alvaro Bertrand, is an accomplished musician who immigrated to the United States from Barcelona, Spain to study music. After graduating from the Manhattan School of Music, he taught Composition and Electronic Music Technology at the University of Minnesota at St. Cloud, Long Island University in New York, as well as Miami International University of Arts & Design in Miami, Florida.

Her mother’s name is Rachel S. Kellogg. Not much is known about Kellogg aside from the fact that she and her daughter enjoy traveling and spending time together.

Here’s a lovely picture of Natasha and her mother wine tasting in Napa Valley, California.

A little Cabernet and Chardonnay in beautiful Napa 🍇 🍷

Very little is known about the journalist’s early life when she lived and studied at college in New York. Natasha Bertrand is a Vassar College graduate and earned a bachelor’s degree in political science and philosophy.

She got her journalistic start at Vassar as the assistant editor and op-ed columnist for The Miscellany News. A college newspaper is serious business, mind you.

She helped plan the contents of the publication, verified every detail, wrote and edited op-ed pieces, developed ideas, and assigned writers.

As if that wasn’t enough, she covered national and international political news on a weekly basis. All this while playing in the Vassar College orchestra! Did we mention that she’s fluent in Spanish, as well?

She went on to study government and philosophy at the London School of Economics and Political Science (LSE). In London, she also participated in the LSE Orchestra.

She Worked at a European Think-Tank

Bertrand started as a research intern at FRIDE, a European think-tank based in Spain. She was also a corporate social responsibility intern at IPIECA in London.

She ventured into journalism when she was hired as an editorial intern by Business Insider in 2014. Three months on the job and she was promoted to reporter!

She went from breaking news editor to senior reporter and eventually became the political correspondent for the publication.

In February 2018, Natasha Bertrand joined The Atlantic as a staff writer covering national security and the intelligence community, where she continued to research and report on the Trump–Russia investigation.

Bertrand prominently features as a contributor on NBC News and is often seen on MSNBC news panels as well. Viewers appreciate her intelligent and unapologetic delivery of political commentary.

In February, Natasha announced on Twitter that she just started working as a National Security Correspondent for POLITICO, where we’re sure she’ll continue to achieve great things in her field.

Today is my first day at @politico! Say hi at [email protected] 👋🏼

Back in September 2017, Bertrand wrote an analysis regarding the firing of former FBI director James Comey. The piece she wrote contained excerpts of the letter Trump drafted to Comey explaining his ouster.

The letter was never sent, but Bertrand wrote in the piece that the letter could be used by Robert Mueller as evidence in his investigation.

Bertrand later emailed Ty Cobb, then-White House special counsel who retired in May 2018, to ask why the letter wasn’t sent. He refused to answer but said that Trump had wide support within the White House to fire Comey.

When she asked more follow-up questions, Cobb responded with, “Are you on drugs? Have you read anything else on this???”

Bertrand posted screenshots of her exchange with Cobb on Twitter. The response was massive. Cobb’s unprofessional behavior was criticized by Twitterati.

She responded to him that she was not on drugs, but he has since been silent on the matter.

“Cobb supposedly has a great reputation and is a very respected lawyer,” Bertrand said. “He was brought in to bring some discipline to the whole operation. So I wasn’t expecting that response to what I thought was a pretty basic question.”

Bertrand continued to give a non-partisan perspective on the developments in the Russian investigation in The Atlantic.

Natasha’s Instagram account is full of photographic evidence of her insatiable wanderlust. As a journalist, she probably doesn’t have a lot of downtime, especially when there’s always an emerging news story to chase. That’s why it’s important to make the most of every spare moment she can to see the world.

Natasha enjoys traveling to exotic locations around the globe with her close friends, family, and boyfriend by her side.

Whether she’s traveling across the country to cover a news story or going on vacation to somewhere picturesque, Natasha always seems to have a smile on her face!

It’s always great to see someone in the public eye who’s both hard working and cares about maintaining and promoting good health.

If Natasha’s Instagram is any indication, she’s a huge proponent of all of those things. Her Instagram tagline reads: “national security correspondent @politico, @nbcnews, @msnbc contributor. Runner. Golden Retriever enthusiast.”

In a few short words, she tells you everything you need to know about her. She’s even tried rock climbing!

Best of all, Natasha and her boyfriend enjoy running together! After all, a couple that runs together stays together!

Natasha’s Boyfriend Is a Military Vet

New York native Bertrand’s work is based in Washington, D.C. But they still manage to spend time together.

Coxwell is apparently a military veteran and a former U.S. Army Ranger. He has even shared throwback pictures with his military buddies in Iraq. He’s currently a security contractor and engineer.

On Memorial Day 2018 (May 28), Natasha Bertrand posted a tribute, calling him her “favorite veteran.”

Bryan Coxwell also has sweet names for her in his Instagram posts. He called her an “absolute beauty” on her birthday in May.