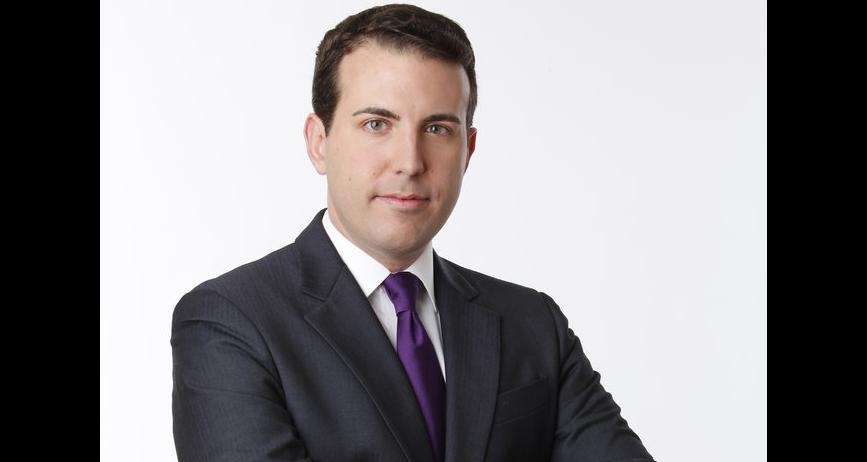 Veteran NBC News correspondent Gabe Gutierrez was extremely busy in 2018, covering major news events from teacher walk-outs in Oklahoma to massive natural disasters throughout the United States and Mexico. His extensive reporting schedule requires him to travel pretty much nonstop. Having worked for the network for six years, Gutierrez isn’t just a professional reporter—he’s become somewhat of a fan-favorite.

Despite his status as a very public figure and established media personality, there are probably a few things about him you didn’t already know. Read our Gabe Gutierrez wiki for all the latest info!

Gabe Gutierrez is an NBCNews reporter who currently works across all of the network’s platforms, including NBC Nightly News with Lester Holt, NBCNews.com, and Today. Based in Atlanta, Georgia, Gutierrez has been working for the network for six years now and his award-winning coverage of some of the nation’s biggest news stories has established him as a relatable fresh face in the media circuit. Our Gabe Gutierrez wiki tells you everything you need to know about this first-rate journalist.

Gutierrez happens to be very active on various social media platforms, including Twitter, Facebook, and Instagram, with a mission to ensure all of his followers and viewers are receiving up-to-the-minute updates on breaking news stories.

From intriguing human-interest pieces to the latest changes in government policies and reporting on major international and domestic natural disasters on location, Gutierrez has certainly seen and done it all throughout his illustrious career as a journalist.

His Background in Journalism

It’s generally very easy to tell when someone is genuinely passionate about their life’s work by the quality, attention to detail, and determination they showcase. Each program and news report Gabe Gutierrez delivers is a true testament to his dedication to his career and viewership. The main goal of every newscaster is to inform the general public and bring real-life human stories to their attention, and that’s exactly what Gabe Gutierrez manages to do.

He’s covered some of the most pressing modern news stories to date, such as senator Marco Rubio’s 2016 presidential campaign, the Indiana Religious Freedom law, the GM recall, teacher walk-outs in Oklahoma state, and the devastation left in the wake of Hurricane Florence throughout the Carolinas.

In 2013, when the city of Moore, Oklahoma was ravaged by a treacherous tornado that destroyed thousands of homes and left many residents destitute, Gutierrez was one of the reporters on the scene with NBC Nightly News. That broadcast earned him and his fellow team members the prestigious Alfred I. duPont-Columbia University award for excellence in journalism.

Prior to working for NBC, Gutierrez was stationed in Houston, Texas and worked as a reporter for the local news network KHOU 11 News as a weekend morning anchor. Before that, he worked at WJRT TV, which is an affiliate of ABC News in Flint, Michigan.

Originally from Miami, Florida, Gabe Gutierrez is of Cuban descent. He graduated from Northwestern University with a Bachelor of Science in Journalism and Political Science.

In a classic case of the reporter becoming the reported, Gutierrez delivered a now-infamous live shot news segment in November 2017 that made many fans question whether he may have suffered a “mini-stroke” while on air.

As you might recall, this is not the first time something as unfortunate as this has happened during a live news segment. A similar incident occurred during a live on location news segment when CBS’s Serene Branson was reporting from the Staples Center in Los Angeles for the 2011 Grammy Awards and began to slur her words.

Thankfully, Gutierrez wasn’t suffering from a stroke during his own embarrassing on-air blunder while delivering a cringe-worthy live shot from Alabama about the sexual misconduct allegations brought forth against then-senate candidate, Roy Moore.

After the broadcast, Gutierrez quickly took to Twitter to explain to his followers that he’d simply been suffering from sleep deprivation and exhaustion stating that it was “nothing a night’s sleep won’t cure” and thanking his fans for all the “well wishes”.

Nothing a night’s sleep won’t cure. Thanks again for well wishes! https://t.co/vlvwAVz8Cb

Many viewers found it uncomfortable watching Gutierrez fumble his words repetitively as he barely made it through the segment before tossing it back to Lester Holt in New York. At the time, Gutierrez had been traveling extensively across the country and internationally to report on various news events, so understandably, he was suffering from extreme exhaustion and it just seemed to catch up with him at the wrong time.

Publicly, Gabe Gutierrez is well known for his ground-breaking and award-winning journalism. In fact, he’s the recipient of several coveted awards in his field. In 2009, he was given the honor of being named “Best Reporter” by the Michigan Associated Press of Broadcasters and he also won an Emmy Award for his in-depth investigative report on what’s being called one of the most scandalous and widespread mortgage schemes in the history of the state of Michigan. Additionally, he was also honored by the Associated Press for his unparalleled investigative reporting and breaking news coverage.

Putting all of that aside, though, Gutierrez is also a family man through and through. While he’s definitely demonstrated immense dedication to his craft and delivering the news to millions of people worldwide, he’s also a loving husband.

Gabe Gutierrez met his wife, Erin, back in 2000. The pair started dating almost immediately and were married in August 2004. They recently celebrated their 14th wedding anniversary!

We can’t wait to see the many hard-hitting news reports to come in 2019!

Also Read: Anna Schecter’s Wiki: Everything You Need to Know about the NBC News Producer