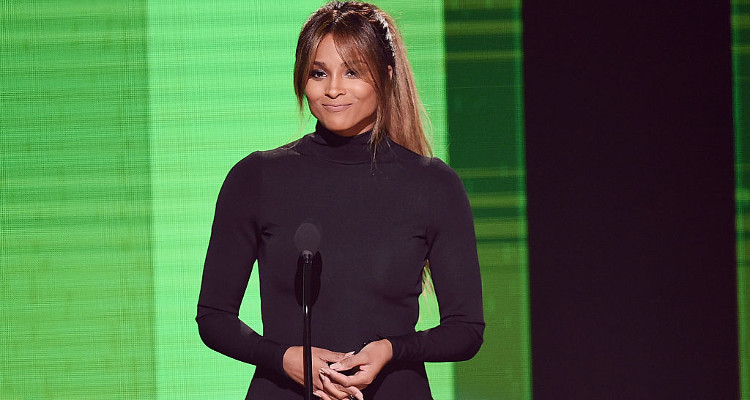 Singer Ciara is currently enjoying the perks of being pregnant and judging by the size of her baby bump, it won’t be long before her bundle of joy arrives!

We think everyone will agree that motherhood suits Ciara. The 31-year-old singer is close to her due date and is proudly flaunting her beautiful baby bump on the red carpet. At the Warner Music Group’s Grammy Awards after party, Ciara might have dropped major hints about the gender of the baby. The “Dance Like We’re Making Love” singer rocked a striped blue jacket and shared a photo on Instagram captioning it, “Blue is one of my favorite colors.” Naturally, the Grammy-Award winning star’s eager fans went into a frenzy jumping to conclusions that her baby will be a bouncing little boy. The rumor mills began churning about the possibility of Ciara revealing her child’s sex, but she is keeping tight-lipped about the speculations. Check out gorgeous and glowing photos from Ciara’s Instagram right here. 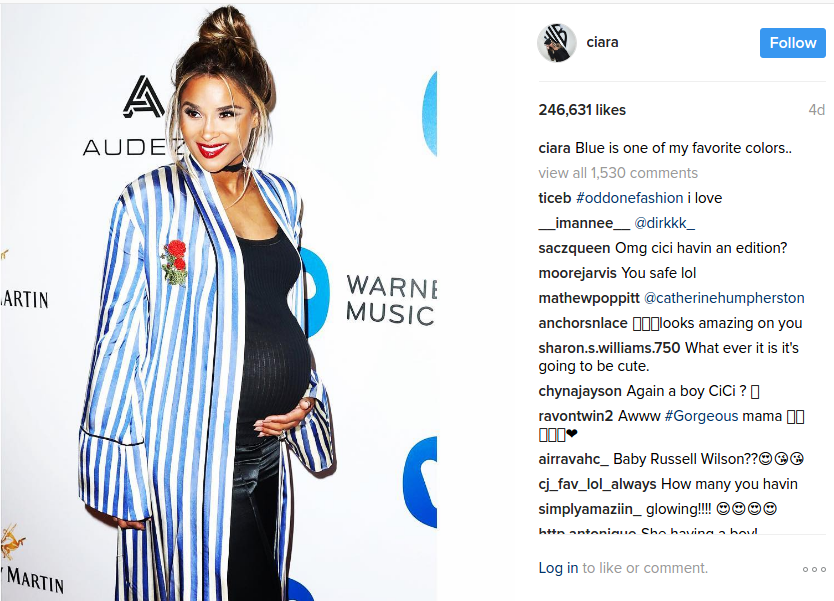 The “Goodies” singer recently shared an Instagram photo looking fresh in white, while sitting on a fluffy white chair. She seemed to be getting ready for bed and captioned the photo, “Night Times.” Ciara’s Instagram photo proves that star doesn’t need makeup to look gorgeous and the post has received over 100,000 likes from her 15 million followers. 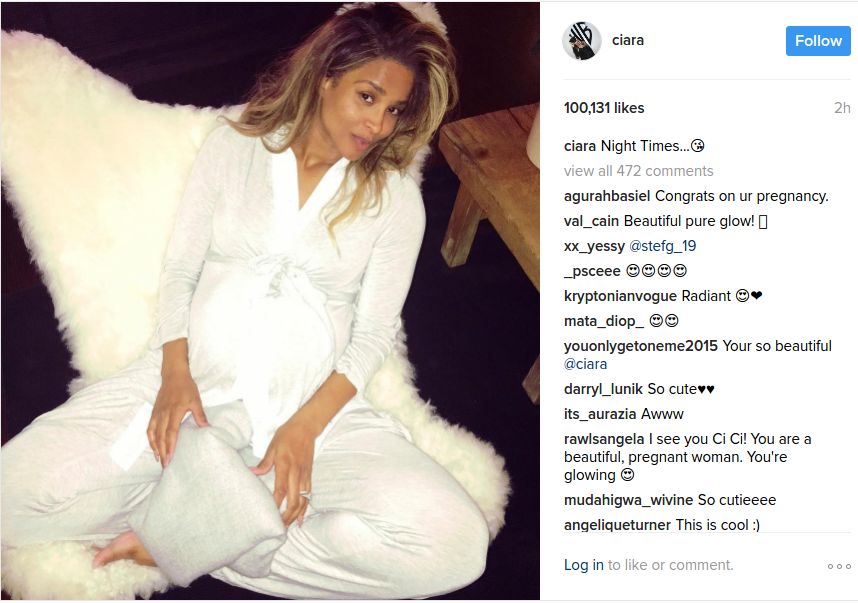 Ciara has been married to Seattle Seahawks quarterback, Russell Wilson since July 2016, and this is the power couple’s first child. The attractive couple was wed in a private ceremony at Peckforton Castle in Cheshire, England. Ciara and Russell Wilson shared their happy pregnancy announcement with the world on October 25, 2016, but have not revealed when Ciara is due, though it is speculated that she will give birth in late March.

Before her marriage to the NFL star, Ciara was engaged to rapper Future, with whom she shares an adorable two-year-old son named Future Zahir.