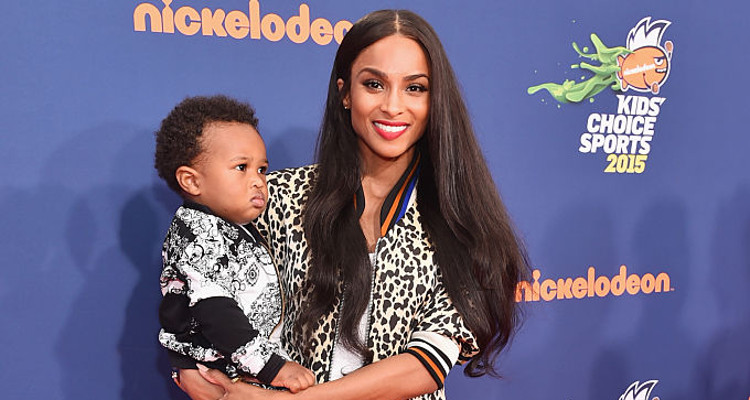 While some celebrity kids choose not to follow in their famous parents’ footsteps, others seem to be born with the same gifts—that definitely seems to be the case for Ciara and her young child!

The “Love Sex Magic” singer shared a video on Instagram of her little boy, Future Zahir Wilburn, who was born in 2014 to Ciara and rapper Future. The video shows the little guy in the shallow end of a swimming pool while his mother, off-camera, gives him a beat—despite being only one year old, little Future manages to groove along to the beat, and he’s got some impressive rhythm! This adorable display is only made better by the look on the boy’s face, which, combined with his famous mom’s large sunglasses, makes him look like he thinks he’s too cool for the pool.

Ciara had nothing but joy for both her son and his spirit of funk, writing, “He Liked My Glasses. He Loved My Beat #ImInLove My World! [sic]” along with the hashtags, “TheCoolestOneYearOldIKnow” and, “TheBestTimesOfMyLife.” But this should come as much of a surprise to anybody who follows Ciara’s Instagram account, as any post that isn’t about her or her work is a picture of her son, including an adorable one from this past weekend of little Future playing with a toy golf set. Perhaps he’ll grow up multitalented like his musician/actress mommy?

Over 135,000 fans saw Ciara’s son having a bright future, no pun intended. “He must make you laugh EVERY DAY!!! He has a personality on him!! too friggin cute [sic],” wrote one fan, while another added, “He’s so damn adorable.” Unfortunately, most of the comments are dedicated to an argument about young Future’s parents, but those people are missing the point, namely what a bright future full of love that Ciara’s pride and joy has ahead of him!