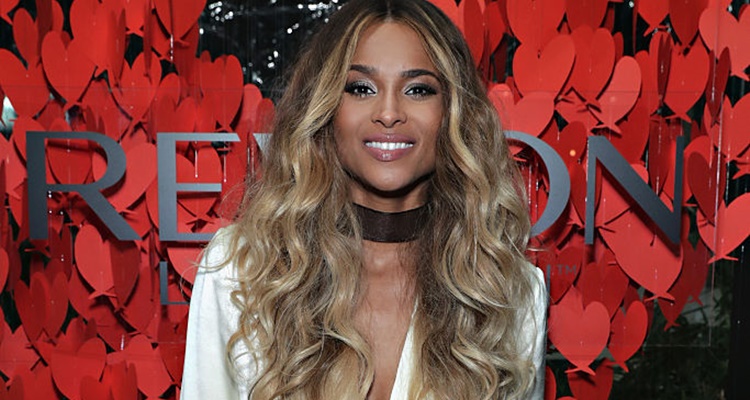 Ciara got the best gift on her birthday. The R&B songstress and husband, NFL star Russell Wilson, are expecting their first child together. Ciara confirmed the news about her pregnancy on Instagram on her 31st birthday. She has a son with her ex-fiance, rapper Future. Let’s take a look at her past relationship with Future.

On Tuesday, Ciara not only turned 31 but she also announced that she will be a mother for the second time. Ciara announced her pregnancy on her Instagram account with the caption, “On this special Birthday I received an abundance of love from friends and family.. and I’m excited to Finally share one of the Greatest Gifts of All that God could give. [sic]” There is no news about Ciara’s baby’s gender as she just announced the news yesterday.

So, when did Ciara get married? The couple was married on July 6, 2016, at Peckforton Castle in Cheshire, England, where they were surrounded by close family and friends.

Ciara was recently declared Revlon’s Global Brand Ambassador. The private event was held in New York City on Tuesday (October 25) evening. Ciara was there and covered her baby bump with an all-white, loose-fitting blazer and matching pants. This is her first pregnancy with husband Russell Wilson and second child for Ciara. Russell Wilson’s ex-wife is Ashton Meem, and the two have no children together. Ciara has a two-year-old son, Future Zahir Wilburn, with ex-fiance, rapper Future.

Let us dig into some details about her past relationship with him and find out why it ended.

Facts about Ciara’s past Relationship with Rapper Future

In case you don’t know, Ciara was previously engaged to rapper Future in October 2013. However, the couple called off their engagement in August 2014. Their break-up was not a peaceful one as it came with a lot of controversies.

The couple have a two-year-old son, Future Zahir Wilburn, who was born in 2014. Ciara and Future share joint custody of their son.

Future and Ciara met each other while working together. Future released a remix of Ciara’s “Sorry” in 2012 and also appeared on “Where You Go” and the “Body Party” remix on Ciara’s fifth studio album, 2013’s Ciara.

The couple was deeply in love and even had each other’s initials tattooed on their hands. By October 2013, Ciara was rocking a 15-carat diamond engagement ring.

Future Zahir Wilburn is Ciara’s first child and Future’s fourth. They welcomed their bundle of joy in May of 2014. However, things went downhill when it was rumored that Future cheated on Ciara. Future denies that this is the case, stating the couple had just grown apart.

But, in December of that year, Ciara got Future’s initials removed from her hand. It was confirmed soon after that the pair called off their engagement. Initially they had fought about their son’s custody and Ciara sued the rapper claiming $15.0 million in damages when he objected to Ciara mothering their son Future, Jr. in a radio interview.

The couple now has joint custody of Future, Jr., and we hope they have an amicable relationship for the sake of their son.