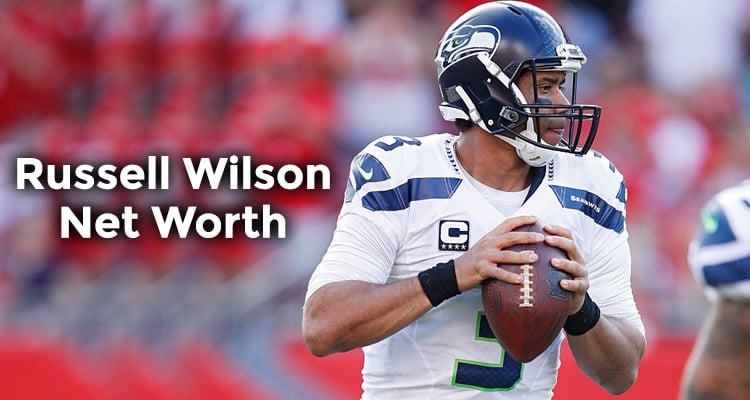 Seattle Seahawks quarterback, Russell Wilson fought a series of injuries and made a comeback in this NFL season on Sunday night. His 80-yard run was a sign that the player has recovered from the injuries that forced him to sit out during the first seven weeks of the season.

Russell Wilson made a big comeback in Sunday night’s (November 27) game, running 80 yards on eight carries, after injuries benched him for the start of the season. Though the Seattle Seahawks lost to the Tampa Bay Buccaneers, Russell Wilson was the star of the game. His return to football is the perfect way to celebrate his birthday. The 28-year-old has made a name for himself in the NFL, causing people to wonder: “how rich is Russell Wilson?” For that reason, we’ve come up with some facts about the quarterback, including Russell Wilson’s net worth, and have compiled them for you here.

He’s One of the World’s Highest Paid Athletes

According to Forbes, Wilson is number 18 among the world’s highest paid athletes with a net worth estimated at a whopping $42.0 million!

In 2015, he signed an $87.6 million contract extension with the Seattle Seahawks, which included a $31.0 million signing bonus, making him the second highest paid player in the NFL.

He earned $2.0 million a year during his first three seasons in the NFL, but after extending his contract with the Seahawks, his salary is estimated to be around $31.8 million. On top of that, Russell Wilson earns around $10.0 million each year from endorsements alone.

He’s among NFL’s Most Marketable Players

Having signed deals with Microsoft, Bose, Nike, Levi’s, Pepsi, and Braun, Wilson is one of the most marketable players in NFL. Wilson, who seems to be the new face of the Seahawks, signed an endorsement deal with Alaska Airlines stipulating that fans wearing a Russell Wilson jersey get early boarding on all flights leaving Seattle! He is featured in ad campaigns for Bose, which are the official speakers of the NFL. His commercial for Microsoft’s Surface tablet aired almost non-stop during the NCAA basketball tournament. Additionally, his ads for a Mercedes dealership and American Family Insurance are widespread.

He has Other Business Ventures

Most of Wilson’s earnings are from his football career, but he has ventured into other businesses, as well. He not only has an endorsement deal with the European bread company, Eat The Ball, but he’s also part-owner.

In February 2016, Wilson launched his own line of clothing and shoes called the Good Man Brand at Nordstrom. The brand offers blazers, t-shirts, polos, shorts, pants, sweatshirts, and sneakers. Three dollars from every purchase of the Good Man Brand goes to Wilson’s Why Not You Foundation that promotes and encourages children to become leaders, and envoke change in the world.

Wilson is one of many who have joined the Sonics Arena Group, a venture with the aim is to bring the NBA and the NHL to the Sodo District of Seattle, to encourage community support and budding interest in sports. Wilson joins the likes of Chris Hansen, the primary investor of the project, CEO of Microsoft Steve Ballmer, as well as Erik and Peter Nordstrom.

Russell Wilson was married to Ashton Meem from 2012 to 2014. They knew each other since high school and had a long-distance relationship when they went to universities in different states.

Rumors floated that Wilson filed for divorce from Meem because she was having an affair with another Seahawks player, Golden Tate, but Tate has denied these rumors. Once the divorce was finalized in 2015, Wilson began a relationship with the famous singer-songwriter, Ciara. The couple live in a stunning seven-bedroom mansion in Bellevue, Washington worth $6.7 million.

In March 2016, Wilson and Ciara got engaged, with the songstress rocking a 16-carat diamond engagement ring with an estimated worth of $2.0 million. Meem reportedly threw some shade at Ciara when their engagement was made public, by posting a picture of the engagement ring Wilson had given Meem when he proposed to her! Meem’s ring was visibly bigger than Ciara’s, though Ciara’s ring is said to be of higher quality.

Ciara and Wilson married in July 2016 at the Peckforton Castle in Cheshire, England. Ciara wore a one-of-kind handcrafted gown by Roberto Cavalli, and Wilson wore a Giorgio Armani suit. Armani even made a special children’s suit for Ciara’s son, two-year-old Future Zahir, who was the couple’s ringbearer. Michael Costello designed the gowns for the eight bridesmaids, which included Ciara’s sister and Kelly Rowland. In October 2016, the couple announced that they’re expecting their first child together.

The good news for Wilson keeps coming. He has made a big return to the NFL, and he is now an expecting father. The best is yet to come!