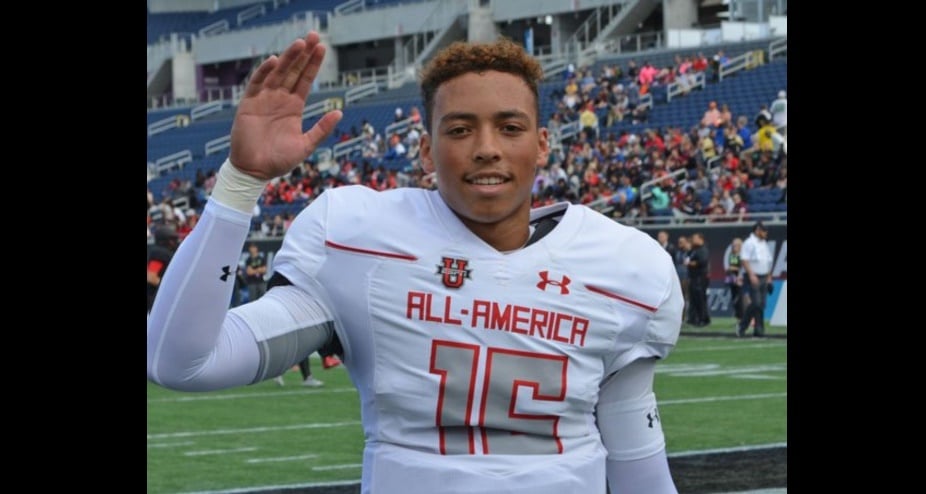 Malik Henry may no longer be part of the lineup for Independence Community College Pirates football, but he’s still a prominent presence on Last Chance U. The Netflix sports documentary follows the ICC Pirates once again in season 4, which premiered on July 19. Malik Henry was the quarterback in season 3 before Coach Jason Brown resigned from ICC. Where is the young football player now? Our Malik Henry wiki has all the answers.

Malik Henry Is from California

Malik Henry was born on July 7, 1998 and hails from Long Beach, California. While his father, Marchell Henry, occasionally speaks to the media regarding Malik, his mother keeps a low profile.

Marchell was reportedly absent for most of Malik’s childhood until the time came for Malik to make choices about recruiting. Malik’s mother didn’t want the young athlete to handle it himself, and had Marchell help with the decisions.

As a result, Marchell was always the one speaking to the media about Malik’s multiple school changes, his relationship with every coach he has worked with, and about the image Malik has. According to some, Marchell also pushed Malik towards football over other sports.

Malik hopped between different high schools when he was a teen football player. He was initially at Oaks Christian School in Westlake Village before enrolling at Harvard-Westlake School in Los Angeles.

wish i could have done it differently but i scored.

He briefly transferred to IMG Academy in Florida to be closer to his college of choice, Florida State. He, however, returned to California to complete his senior year at Long Beach Poly High School.

He was a blue chip recruit at Florida State University. And after he graduated from Long Beach Poly in 2016, he went back to Florida.

One of the top quarterback prospects, Henry had committed to play football at Florida State University. For that reason, his parents reportedly decided he would go to high school at IMG Academy to be coached under Heisman-winning quarterback Chris Weinke, who was IMG’s football director.

However, less than a month after Henry moved to Florida, Weinke left to coach the St. Louis Rams. After five months in Florida, Henry decided to leave IMG.

Yet he hadn’t given up on FSU and for a long time, everything seemed to suggest he would play for the Seminoles after graduation. However, he had acquired a negative image as being difficult and uncoachable.

His coach at FSU didn’t think so when Henry enrolled in 2016. Still, Malik transferred out of FSU before he could take the field.

His decision to leave came after he was suspended for a month for violating team rules a week into the fall camp. Henry wasn’t kicked off the team, but decided to leave after losing the quarterback battle to another freshman.

On Last Chance U, Henry didn’t elaborate on why he left his dream college, but says that his battle with depression was a factor.

Henry Transferred to the ICC Pirates

After leaving FSU, Henry was on the hunt for a new college football program. That’s when Jason Brown, the head coach at Independence Community College in Kansas, brought him to the team. Henry didn’t have to sit out a year at ICC like he would have had to in another Division I football program.

Last Chance U shows Henry constantly clashing with Coach Brown, who was nothing short of controversial himself. It added to the perception that Henry is a difficult player.

However, Henry said that the show doesn’t show the other side of Coach Brown and that he was more of a father figure to him off the gridiron.

After playing two games of a season with the Pirates, Henry became a walk-on at the University of Nevada in January 2019.

Henry Was a Talented Baseball Player

Personality issues aside, Henry is a well-rounded athlete. Not only is he a four-star quarterback, he was also a very talented baseball player in high school.

In the eighth grade, he almost gave up football to focus solely on baseball. He reportedly had the potential to be a top pitcher, too. But he changed his mind and returned to football.

“Baseball, I guess at the time was just my favorite sport. I just really wanted to focus on baseball. I just don’t think I enjoyed football as much as baseball at the time. Now I enjoy them both equally,” Henry said back then.

Though football is his priority now, his talent as a pitcher is an advantage. As Nevada coach Jay Norvell said, “[Henry] has a very gifted arm. He’s very mobile in the pocket. He can hurt you in the run. And he’s a former baseball player, so he can throw from funny body positions and get his body in positions.”

Malik left Last Chance U viewers divided over his personality on the gridiron. Some are even surprised he’s still able to play collegiate football. There’s also a few who are of the opinion that he would have been happier had he played baseball.

Don’t Miss: “Last Chance U” Seasons 3 and 4, Players and Coaches, Where Are They Now?

Where Is Henry Now?

Last Chance U season 4 showed where some of the players from the previous season are right now. As mentioned before, Malik walked on to the Nevada Wolf Pack team earlier this year and broke out in the spring.

He’s competing for the Wolf Pack quarterback position in the fall camp against senior Cristian Solano and freshman Carson Strong. He’s projected as a top contender for QB and his future prospects appear to have improved as well.