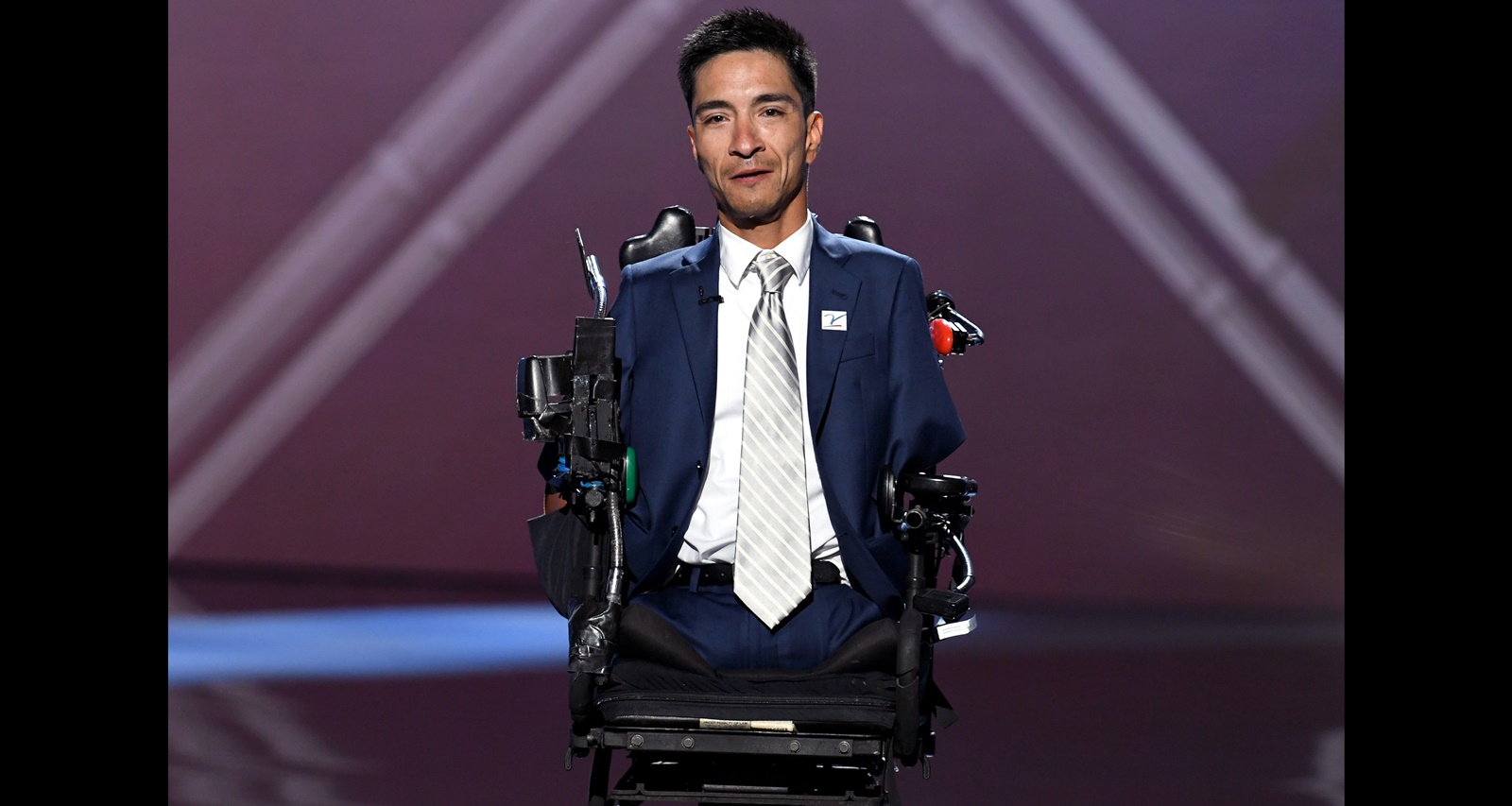 To those who think you can’t coach young football talent without having arms and legs, Rob Mendez asks, “Who says I can’t?” The inspiring football coach was born without limbs, but challenged all misconceptions to train high school students in the sport. And his achievements earned him the Jimmy V Award for Perseverance at the 2019 ESPY Awards. Coach Rob’s story is one that will make you feel nothing is impossible, which makes this Rob Mendez wiki a must-read.

Robert Mendez was born on May 9, 1988 to Josie and Robert Mendez Sr., and hails from Gilroy, California. He has a very supportive family, including sisters, Jackie and Maddy.

He was born with a rare congenital disorder called tetra-amelia syndrome that’s characterized by the absence of arms and legs. A genetic mutation prevents the formation of all four limbs in utero. His mother Josie found out her soon-to-be born baby did not have limbs eight months into pregnancy.

A person born with tetra-amelia syndrome may suffer from other medical complications and birth defects. The babies are sometimes stillborn, or die shortly after birth. But, though without limbs, Rob was born healthy with no evident health problems.

His parents initially struggled to come to terms with Rob’s condition. Josie often covered him with blankets when they were out in public and people stared.

Robert Sr., who goes by “Bob,” knew his son had potential for great things, but he also worried. He turned to alcohol until a near-DUI incident got him to sober up. Bob would teach Rob to embrace his differences.

Also Read: Who Is GT Dave? Facts to Know About the Kombucha King

Rob Mendez has defied all odds and is thriving. He is mobile thanks to a motorized chair he controls with his head and neck.

He began attending special education school when he was 18 months old. Adaptive technology enabled Rob to ski and swim. He writes and draws with his mouth. He would play goalie in street hockey games with his friends, or he’d referee their basketball games.

I sketch with my mouth

Rob’s neck works as hard as others’ arms. He suffers from chronic neck, back, and shoulder pain on most days. He also has scoliosis, a low alcohol tolerance, and has to watch what he eats and drinks.

He has been living independently with a friend, Mike McAvoy, who’s also been his caretaker for half a decade. McAvoy helps him with mundane tasks like brushing his teeth or getting dressed.

He usually travels on public transport, unless an acquaintance gives him a lift or his wheelchair runs out of battery and he needs to be pushed by someone. A few years ago, his friends began raising money to get him a van equipped for his needs.

Mendez Learned How to Play Football through a Video Game

Rob Mendez spent his life fighting to not be just another statistic. His family has encouraged him to pursue his life without inhibitions.

His older sister, Jackie, wanted him to try new things. So one day, she tucked a PlayStation controller under his chin and he learned to play games by pressing buttons with his chin and collarbone.

He was hooked on playing Madden, a popular football game. Unlike more traditional video games, the football game allowed him to take breaks, pick plays, and execute them.

He got pretty good at it, too, even finishing second in a Madden tournament at Gilroy High, where he was a student. And Mendez adapted his skills from Madden to real-life football.

He couldn’t pick up a football, but he joined his high school team as a manager when he was a freshman. He learned and drew winning game plans. His supportive coaches let him listen and learn plays. By his senior year, he was the varsity quarterbacks coach.

Never one to sit still, Mendez has held jobs at Best Buy and Walmart. He was also taking classes at San Jose City College in 2016.

Mendez Is a Football Coach

Over a period of more than a decade, Mendez was employed as an assistant coach at five different high schools. After graduating from Gilroy High in 2006, he coached his alma mater’s team for three years and then at a another school where his former mentor was head coach.

Mendez was even fired from one of the schools. But he held out hope, waiting for a sign to tell him that football was for him. His goal was to be a head coach and he patiently waited for someone to recognize his abilities.

That person was Mike Cable, the varsity football coach at Prospect High School in Saratoga, California. He was looking for someone who could bring a culture change to the school’s football program.

I am so honored. I cannot even put it into words. • #Repost @espn ・・・ Congratulations to Coach Rob Mendez, who is this year's winner of the Jimmy V Award for Perseverance and will be honored at ESPYS July 10.

Cable was intrigued by Rob Mendez. At the interview, he not only connected with Mendez, but he believed he was a fit for head coach.

Mendez is now the junior varsity coach at Prospect High. Students were predictably skeptical. One student even quit the team because of Mendez.

But Mendez is the last person to be disheartened. He built a bond with his team and whipped them into shape. Holding a pen in his mouth, Mendez draws plays on a dry erase board held by an assistant coach.

Mendez Is an Artist and Motivational Speaker

Mendez taught himself to write and draw holding writing tools in his mouth. Some of his artwork is featured in his early Instagram posts. He also did sketches on commission.

Vujicic reportedly told Mendez he could make $25,000 a night as a speaker. But Mendez didn’t see himself doing that. In fact, there are a lot of things Mendez doesn’t agree with Vujicic about.

But there’s no football coach like him, and that is inspiring to many. He especially moved many when ESPN premiered a documentary, Who Says I Can’t, on him in February 2019.

With more people wanting to know about him, Mendez now shares his story as a motivational speaker. He travels often, has a website for bookings, and former NFL pro Donald Driver’s agent is now his agent, too.