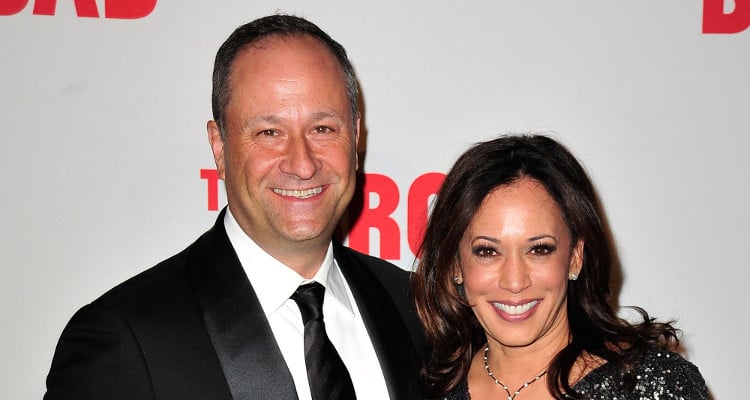 With Sen. Kamala Harris being a frontrunner in the 2020 presidential race, her husband and ultimate hype-man has gone from the courtroom to the spotlight of the campaign trail. Douglas Emhoff keeps a low profile but is known as a constant supportive presence beside Harris. And recently, he’s won praise for swooping in when a protester rudely interrupted Sen. Harris during an event. Kamala Harris’ husband has all the makings of First Gent, as our Douglas Emhoff wiki will illustrate.

Douglas Emhoff, who was born in New York on October 13, 1964, was a divorced father when he met Kamala Harris, then the attorney general of California. They met on a blind date set up by a close friend and dated for a year.

Emhoff popped the question while they were in Harris’ San Francisco apartment. They married on August 22, 2014, in an intimate courthouse ceremony in Santa Barbara. Harris’ sister, Maya Harris, officiated their wedding.

Douglas Emhoff Has Two Children from a Previous Marriage

Around four years before he’d remarry, Emhoff divorced his first wife, a woman named Kerstin. Emhoff has two adult children from his marriage to Kerstin: Cole, named after John Coltrane, and Ella, named after Ella Fitzgerald.

Cole graduated from Colorado College in May 2017 and Ella, who turned 20 on May 29, 2019, attended Parsons School of Design in New York.

Cole and Ella affectionately call Harris “Momala,” and have an incredible bond with her. In a piece she penned for Elle, Harris said when she met Emhoff, she wasn’t ready to place herself in the kids’ lives with their father until she was sure she was going to spend the rest of her life with Emhoff.

Harris not only forged a bond with Emhoff’s children, but she also became great friends with Kerstin.

Since her election to the U.S. Senate, official work has sometimes taken precedence over the kids for Harris. But Harris says the children are extremely understanding about her responsibilities and are also supporting her through her presidential run.

Emhoff Is An Attorney 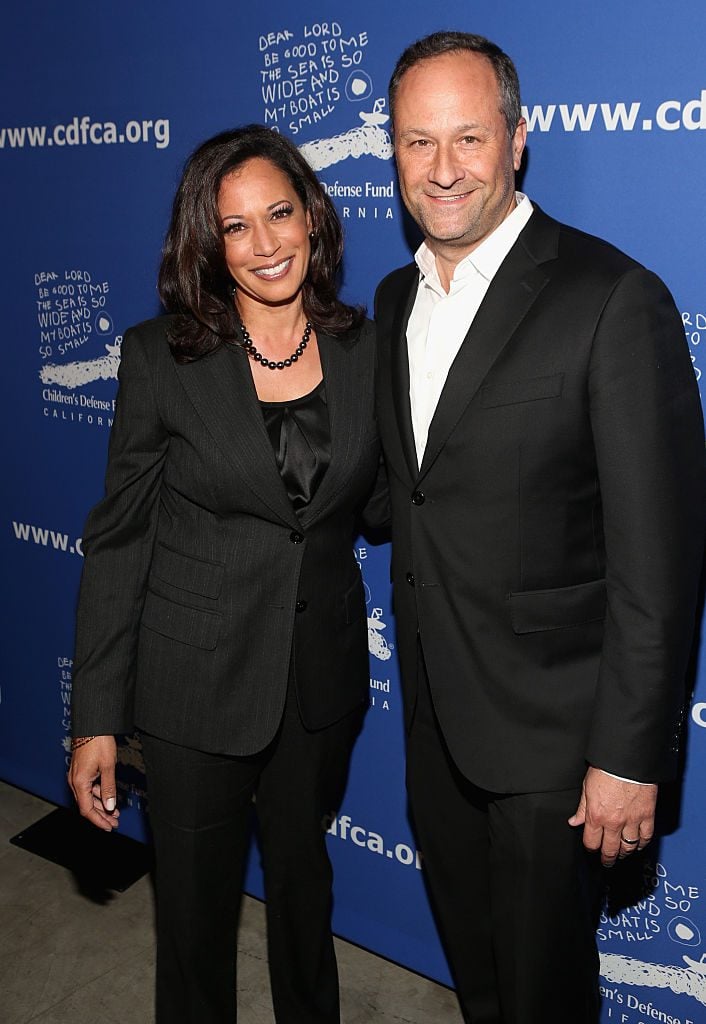 Doug Emhoff writes he’s a “dad, @kamalaharris hubby/stan, lawyer, wannabe golfer” on his Twitter bio. Although true, it undersells how accomplished he is.

After graduating from California State University-Northridge with a BA in communication and media studies in 1987, he acquired his JD from USC Gould School of Law in 1990.

Emhoff went on to work as an associate at L.A.-based law firms before his stint as a partner and special counsel at Belin Rawlings & Badal. He went on to start his own firm in Beverly Hills before it was acquired by Venable LLP.

Emhoff was the managing director of Veneble for a decade before he left the firm in 2017. He became a partner at DLA Piper in Washington, D.C., which allowed him to be with his senator wife.

Emhoff specializes in commercial litigation, as well as advertising and marketing litigation, and has often represented clients who were in a David vs. Goliath type of situation. Needless to say, with Emhoff being an idealist, he chose to work for the Davids in each case.

He represents clients across a wide variety of industries, including media and entertainment, digital media, production, advertising, technology, hospitality, and character licensing.

Emhoff and Harris Made Their Tax Records Public

Douglas Emhoff’s net worth is not known, but he and Harris released their 2015 tax returns in October 2016, which show that the couple earned $1.17 million that year. They paid nearly $450,000 in state and federal income taxes.

After announcing her bid for presidency, Harris and her husband reported more than $2.0 million in taxable income on their 2018 federal tax returns. A big chunk of the income came from Emhoff’s work at DLA Piper.

The couple is involved in philanthropy and the 2015 documents show that they donated $32,947 to charity, including $10,000 just to UNICEF! According to some reports, the couple had assets worth between $1.5 million and $4.0 million in 2015.

He hasn’t decided whether he will continue to practice litigation if his wife heads to the White House. For now, he’s enjoying taking selfies on the campaign trail and gloating about his wife’s achievements.

He most recently came into the spotlight, quite literally, when a protester grabbed the mic from Harris mid-speech at the MoveOn forum. Emhoff was one of the people who came to his wife’s rescue and hustled the man off stage. He’s since received a wave of praise and has thanked everyone on Twitter.

Thx for all the kind notes. We are good. I love ⁦@KamalaHarris⁩ and would do anything for her. ❤️❤️ pic.twitter.com/2uGIJUTLCf