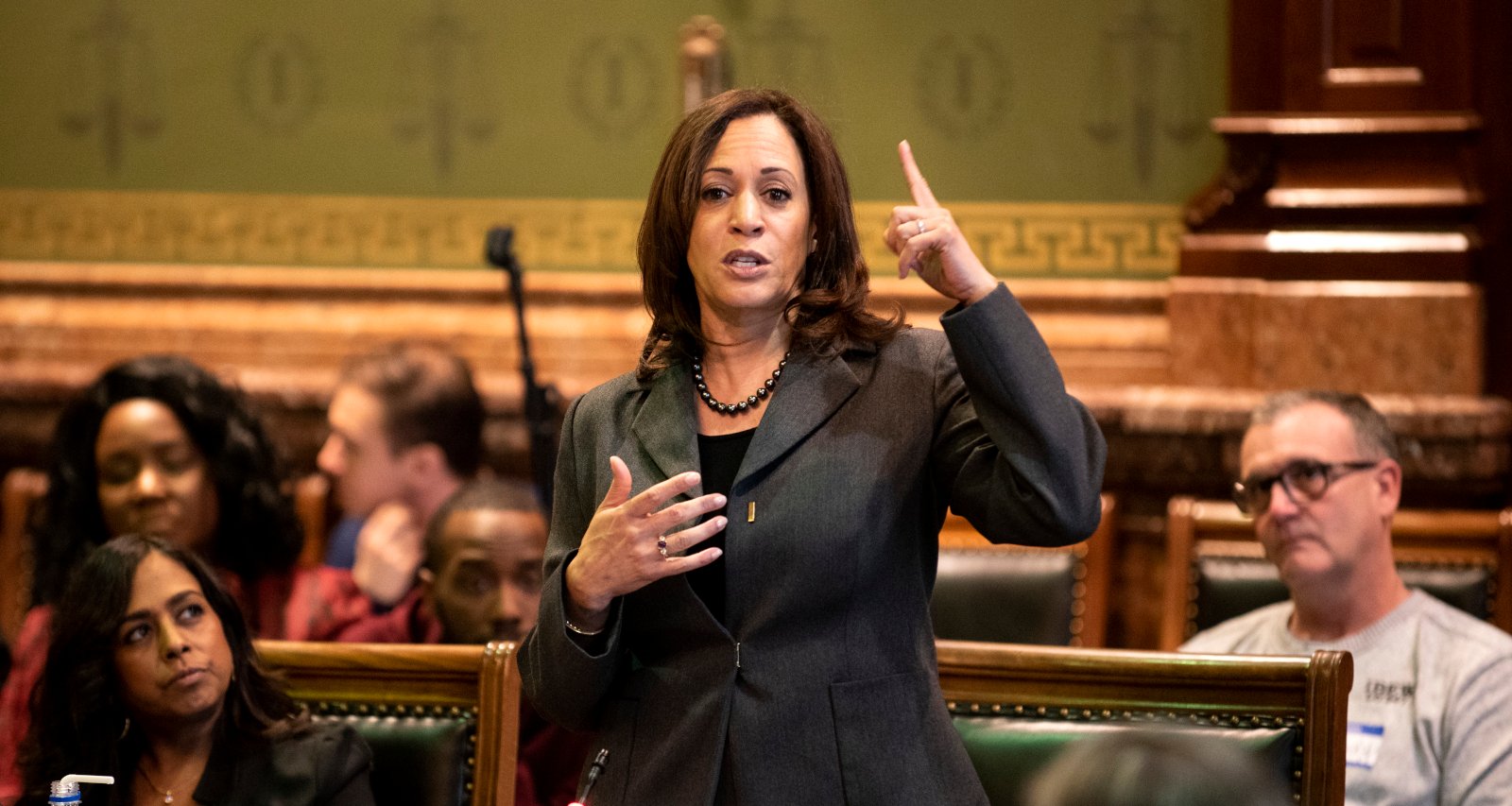 Late January 2019 was eventful for a couple of things. For one, Sen. Kamala Harris announced her presidential bid for 2020. A few days later, Empire star Jussie Smollett was the victim of an alleged hate crime before he was arrested for allegedly staging the attack on himself. With all the attention on Smollett, there are rumors that he is somehow Harris’ family. Is Jussie Smollet related to Kamala Harris? Here’s what you need to know.

Thirty-six-year-old black and gay actor Jussie Smollett was allegedly the victim of a hate attack in January 2019. At that time, Sen. Kamala Harris had spoken in support of him and condemned the attack, calling it “modern-day lynching.”

However, Smollett was arrested for felony disorderly conduct and is facing allegations that he staged the attack on himself. This incident has become a polarizing one, with many still supporting him and others pivoting from their earlier support.

Kamala Harris was one of them who tweeted, posting a lengthy statement on February 22 that she was “sad, frustrated, and disappointed” following reports of Smollett allegedly faking the attack. She went on to say that such incidents take away from real victims and turned the focus to the issue of rising hate crimes. See the full statement below:

Like most of you, I've seen the reports about Jussie Smollett, and I'm sad, frustrated, and disappointed. pic.twitter.com/91OHOymShi

Harris’ statement has brought some unusual attention on her relation with Smollett. The lawmaker and the actor have been seen together in the public domain several times supporting the same causes. But there are now rumors of Harris’ apparent connection to Smollett.

Social media users are speculating that Smollett is Harris’ aunt. They conclude this from Smollett’s mother’s maiden name, Janet Harris.

But is this true? Not really. There’s no apparent familial connection between Harris and Smollett.

Also Read: Are Adam Levine and Avril Lavigne Related to Each Other?

Smollett’s Mother Is Not Harris’ Sister

Jussie Smollett and his five siblings were born to Janet (née Harris) and Joel Smollett. The Smollett acting siblings are biracial with an African-American mother and a Jewish father with roots in Russia and Poland.

Kamala Harris also has mixed ethnicity. Her mother, Shyamala Gopalan, was a breast cancer scientist from India. Her father Donald Harris, an economics professor at Stanford, emigrated from Jamaica. The 54-year-old and her sister, Maya Harris, had both a black Baptist church and Hindu upbringing.

According to some satirical sites, the senator is Smollett’s aunt from his mother’s side. The reports also claim that Harris colluded with Smollett to set up the alleged hoax attack for a political agenda. These reports are, however, satire and meant to be taken with a grain of salt.

The claim that Janet Smollett is Kamala and Maya Harris’ sister is unfounded. According to some reporters, it originated from the notorious conspiracy peddling site, 4Chan.

This "Kamala Harris is Jussie Smollett's aunt" conspiracy was fueled from a few 4chan posts from several days ago.

One is just a baseless speculation on the same, extremely common last names of family members.

It heated up because people didn't know "nephew" was slang. pic.twitter.com/ktAdCOlwKd

There aren’t any details about Janet’s family to establish any connection, either. Besides, Harris is an extremely common last name.

Sen. Harris is reportedly of partial African descent from her father’s side. Janet Smollett hails from New Orleans and there’s no evidence of her having Jamaican roots that can be traced to Donald Harris’ family.

Meanwhile, Jussie has denied the allegations that he faked the attack. However, Empire producers announced that his character, Jamal Lyon, won’t be in the final two episodes of the season when the Fox drama returns after the mid-season break.