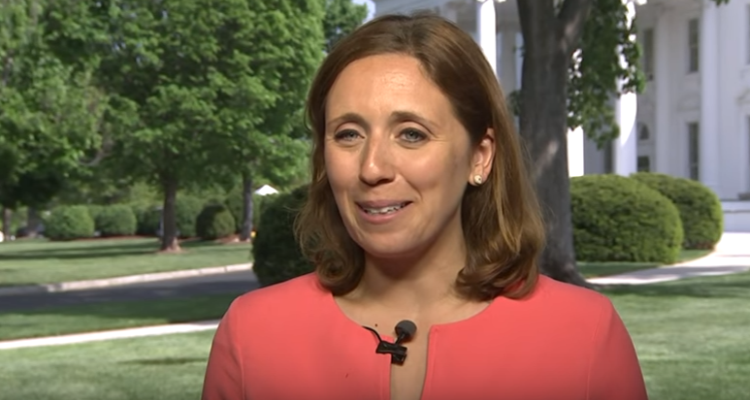 On Monday, Julie Pace, Associated Press’ White House Correspondent was named as its new chief of bureau in Washington, D.C. Now, people are interested in getting a hold of a Julie Pace bio to learn more about her. If you’re one of those people, then you need to read our Julie pace wiki as it contains all the information you need!

Julie Pace, 35, was born in 1982 to Diane M. Pace and James J. Pace and was raised in Buffalo, New York. Her father owns I.G.S. Landscaping, a lawn maintenance company in Amherst, and her mother is a radiology supervisor at D.I.A./Invision Health, a radiology practice in Williamsville, New York. Julie is also a graduate from Northwestern University.

Julie Pace’s husband, Michael William Ferenczy, 38, married her in October 2014 at Oatlands Plantation in Leesburg, Virginia. The ceremony was officiated by their friend, Erik Moskowitz, who became a Universal Life minister for the wedding. At the time of the wedding, Michael was a postdoctoral fellow at the National Institute of Health in Bethesda, Maryland. He graduated from Tufts and received his Ph.D. in molecular virology and microbiology from the University of Pittsburgh School of Medicine. Michael’s parents are Elisabeth M. Ferenczy and the late William J. Ferenczy; his stepfather is Dr. Richard T. Cheney. Michael’s mother is also the senior department administrator for clinical operations at Roswell Park Cancer Institute in Buffalo.

Pace may not have Instagram (trust us, we searched everywhere) but she is an active Twitter user! Julie Pace’s AP Twitter account, is the best way to respond to her topics directly and to stay updated on what she might be covering about the White House.

Pace began her career as a cub reporter in 2003 at South Africa’s only independent TV network. She spent a couple years reporting on elections and politics at The Tampa Tribune and WFLA, its partner TV station. She joined the Associated Press in 2007 and started as a multimedia reporter and was involved in the live coverage of Obama’s inauguration. Pace joined AP‘s White House staff in 2009 and four years later she was named their White House correspondent and has been responsible for all coverage concerning the White House and its administration.

“We are in an era that demands the strongest, most deeply reported, accurate and credible journalism,” said Sally Buzbee, AP’s senior vice president and executive editor. “Julie is uniquely qualified to lead that effort. Her leadership, commitment and integrity are of the highest caliber.”

“Julie’s ability to burrow in on stories and to work effectively and collaboratively with a team of colleagues to break news is enormously beneficial to AP’s customers, readers and viewers,” Buzbee added. “That is the model we want to pursue as this demanding story continues.”

In 2013, Pace won the White House Correspondents’ Association Merriman Smith award for her work on explaining Obama’s elaborate—and winning—approach to voter turn out. And in 2016, she won the Oliver S. Gramling award for journalism, which is the Associated Press’ highest internal honor. If you haven’t gotten wind of her name and/or accomplishments yet, be prepared to be hearing her name thrown around more often, especially now that she’s been given this new, prestigious title!