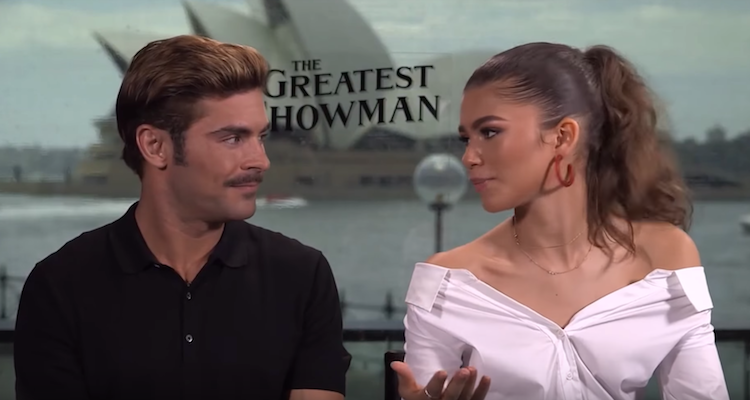 If you managed to make it out to the theaters in the past week, there is a good chance that you may have checked out The Greatest Showman. It’s a fantastic film and Hugh Jackman once again surprised with his singing abilities. But another surprise in The Greatest Showman is Zac Efron and Zendaya. The chemistry between the two is palpable, leading people to wonder if Zendaya and Zac Efron are dating. We were curious too, so we looked into Zac Efron and Zendaya’s dating lives to see if they intersect.

Are Zendaya and Zac Efron Dating?

Let’s get right to the point, shall we? Are Zendaya and Zac Efron dating? The answer, it seems, is no! Though they get along great both on and off screen, it looks like the two are just friends. So, how do the two have such chemistry? Well first and foremost, they are great actors! Zendaya did a good job playing a grumpy teenager in Spider-Man: Homecoming and has also had a hand in musicals and comedies in the past. Zac Efron manages to show range acting in everything from musicals to comedies to thrillers, like his upcoming turn as serial killer Ted Bundy in Extremely Wicked, Shockingly Evil and Vile.

Secondly, the two actors just really got along well with one another. According to reports, Zendya had a chemistry test with Zac Efron for director Michael Gracey before the film and apparently, the test went incredibly well! It kind of makes sense in a lot of ways as both Efron and Zendaya started out as Disney stars. Their similar experiences can help the two relate despite a little bit of an age difference. Efron has been incredibly complimentary to Zendaya about her skills and maturity on set. The results of casting the two actors made for captivating performances, with many believing the two could be together in real life. If they aren’t really dating each other, who are they dating?

Who is Zac Efron dating? Who is Zendaya dating? Zac Efron was last known to be dating entrepreneur and model, Sami Miró but that relationship ended in 2016. Though he did not go public with the relationship, there are rumors swirling around about Efron dating another of his The Greatest Showman co-stars, Rebecca Ferguson.

In Zendaya’s case, ever since the press tour for Spider-Man: Homecoming, rumors persisted that she was in a relationship with co-star Tom Holland, but they were never completely confirmed. Adding to that, Zendaya always maintained that the two are just friends and that she had a lot of fun on that press tour. Holland, on the other hand, has neither confirmed nor denied the rumors.

Thinking about how to get taller ? Happy birthday mate. Miss you and I'll have a drink for you. #21stbirthday