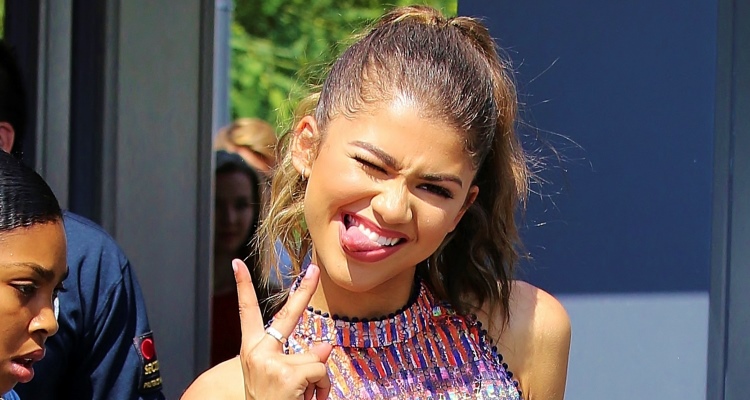 Zendaya is celebrating her birthday today, September 1, and there is certainly an interesting series of events on her birthday. Fans have searching for the rising teen sensation’s net worth, her parents, whether she has a boyfriend, and her filmography.

So, how much is this young star worth? With the hit Disney show, ‘Shake it up’ and many other acting gigs and albums, it’s no surprise that Zendaya’s net worth as of 2016 is estimated to be $4.5 million.

The now 20-year-old Disney star celebrated her birthday with a good cause; raising money for Convoy’s Women Empowerment initiative. The actress-singer-dancer is also the Convoy of Hope Ambassador.

She also had to deal with a scandal on the eve of her birthday, when it was reported that her parents have filed for divorce. Since it’s rare for Zendaya to be seen without her parents, it came as quite a shock for many. However, Zendaya took it rather well and coolly responded to the questions. She posted on Twitter that her parents haven’t been together for a while now and have separated on good terms. So, the drama centered on their divorce is stale news to her. Zendaya’s mother isn’t even looking for any kind of spousal support.

Zendaya has been pushing aside the drama over her parents’ divorce, and is focusing on herself, like her role in the upcoming movie, ‘Spiderman: Homecoming’. Zendaya said in an interview that Spiderman has always been her favorite superhero because he’s “the realest and coolest”. She’s slated to play Peter Parker’s love interest, Mary Jane Watson and says her character is “dry and awkward,” much like herself.

Zendaya is also rumored to be dating her best friend, Trevor Jackson. The two have been friends since they were 12 years old and are constantly linked together. However, the celebs always deny there’s anything more than friendship between them. Zendaya says she has no free time from her busy schedule to date.

With so much attention on this young star lately, here are some facts about Zendaya that you might find interesting.

Born Zendaya Maree Stoermer Coleman in Oakland, California, Zendaya is a mix of four ancestries. Her mother Claire Stoermer is of German and Scottish descent while her father, Kazembe Ajamu Coleman, is African-American. Zendaya’s father is her agent and one or both parents are always accompanying her to events.

Zendaya’s name is a twist on the Shona name ‘Tendai,’ which means to give thanks. She was originally named ‘Chendaya’ but her father changed it to Zendaya. Why you ask? Simply because he likes the letter ‘Z’.

She began dancing at the mere age of eight and even joined a hip-hop dance crew. Zendaya even had a stint as Selena Gomez’s backup dancer before her big break.

Once she struck fame as an actress with ‘Shake it up’ and launched her musical career, she authored her book,Between U and Me: How to Rock Your Tween Years with Style and Confidence.