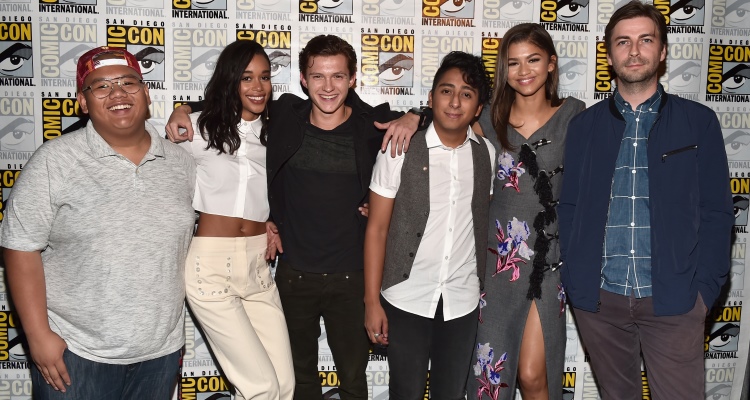 The new Spider-Man trailerwas released today and fans are excited to see Tom Holland, whomade his Spidey debut in Captain America: Civil War(2016), as Spiderman once again. Fans are also loving the fact that Robert Downy Jr. will reprise his role as Tony Stark and will be featured in the upcoming film! The cast of Spider-Man: Homecomingalso includes new faces and we’ve got their names coming up.

The upcoming Marvel superhero film was produced by Marvel Studios and Columbia Pictures, and distributed by Sony Pictures Releasing. The film will be the second reboot of the Spider-Man film franchise and it marks the sixteenth Marvel Cinematic Universe film! Peter Parker will attempt to balance his role as the heroic figure, Spider-Man with his high school responsibilities.

I smell a trailer. See you all later on @jimmykimmellive. Can't wait! #spidermanhomecoming

Marvel Studios and Sony made a deal to share the character rights of Spider-Man in February 2015, bringing in Tom Holland as the title character. John Watts directed the film and in April 2016, the film’s official title was announced. Sony Pictures chief, Tom Rothman described Peter Parker’s conflict as “saving the world and getting your algebra homework done at the same time.” Check out the trailer below for an exciting sneak peek! The trailer shows Peter working his way through school, and asking Tony how he can become an Avenger. There are scenes of Peter’s friends, his school, and Vulture (Michael Keaton), a villain who threatens to destroy everyone Peter loves.

Spider-Man: Homecoming will release in North American theaters on July 17, 2016.

Thank you @entertainmentweekly for a great night and a great photo. #spidermanhomecoming

In July 2016, Holland spoke to Collider.com and explained how Homecoming will show a different side of Spider-Man: “You’re going to see a kid dealing with everyday problems that a 15-year-old deals with as well as trying to save the city. He’s conflicted because of what it is he’s trying to do and what it is that’s going on with the Avengers in the universe.” Holland added that it will be exciting for him [Peter Parker] to explore what happens after he’s landed in the middle of that world “and also just to see a kid in high school figure out what to do with his super powers is really fun.” The 20-year-old English actor and dancer is signed on for three films, Homecoming as the first.

Marvel’s Kevin Feige told Variety.com that Spider-Man: Homecoming will be unique to the previous adaptations because of the team-up with Sony. “In the previous films, Spider-Man was the only superhero who existed in that world. In the comic books, Spider-Man always existed in a world where the Avengers existed, and Iron Man existed, and the Hulk would run through the streets, and Captain America had been thawed out of the ice. In the film, he’s a young kid who has to be home at curfew so his Aunt May doesn’t get worried, and go to school, and do his homework. That’s in contrast to Tony Stark’s life or Stephen Strange’s.” It will be fascinating to see how Homecoming explores a world where Peter is a hero amongst heroes, while juggling the responsibilities of his average teenage life.