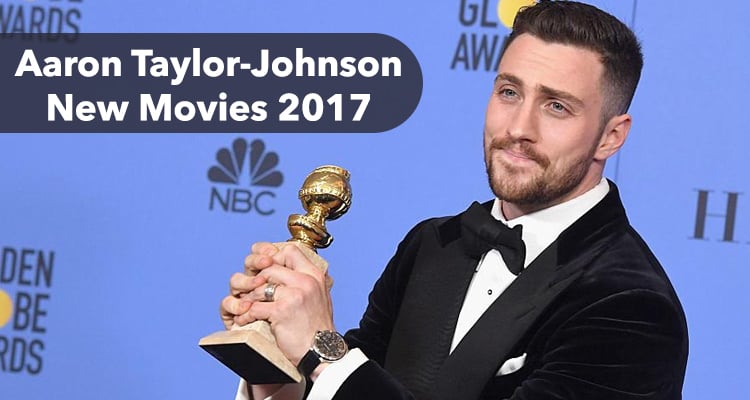 Aaron Taylor-Johnson is best known for his role as Kick-Ass. After nearly two decades in the acting industry, he has finally won his first Golden Globe Award! Here is what we can expect from Johnson in 2017.

From starting off as a child actor, to playing superheroes in blockbuster franchises, Aaron Taylor-Johnson has done it all. The 26-year-old has played a pre-fame young Charlie Chaplin in the Jackie Chan action comedy, Shanghai Knights to a teenage John Lennon in Nowhere Boy. He recently starred in the critically-acclaimed thriller, Nocturnal Animals alongside Jake Gyllenhaal and Amy Adams. His role won him the Golden Globe for Best Supporting Actor, beating out favorites like Mahershala Ali, who was nominated for Moonlight. In his acceptance speech, Johnson mentioned his four daughters and his wife, Sam Taylor-Johnson, famous for directing Nowhere Boy and Fifty Shades of Grey, and is 23 years his senior. After his first award, Taylor-Johnson has set his sights on further wins with his upcoming movies this year. Find out more about Aaron Taylor-Johnson’s upcoming new movies releasing in 2017.

Taylor-Johnson Stars Alongside John Cena in a New War Film

Aaron Taylor-Johnson and pro-wrestler, John Cena star in a gritty and intense war film called The Wall. The two stars play American soldiers trapped in the desert by an Iraqi sniper. The only thing between the soldiers and the sniper is a crumbling wall. It’s a battle of will, wits, and survival for the two soldiers as they deal with gunshot wounds, rations running out, and an unseen enemy playing mind games with them.

Amazon Studios and Roadside Attractions have partnered to distribute this film directed by Doug Liman, known for directing and producing the Bourne series. The Wall started production in May last year, and seven months later, the official trailer for the movie was released. Since Liman is directing the movie, there are some expectations that the single-location action thriller will be as good as the Bourne movies.

Taylor-Johnson’s performance in his last psychological thriller, Nocturnal Animals was lauded and won him his first Golden Globe. The movie has two parallel stories, one in the present day, and another a fictional world depicted in the novel written by Jake Gyllenhaal’s character. Gyllenhaal plays Tony Hastings in the fictional world, whose wife and daughter are murdered by a group of gangsters led by Ray Marcus (Taylor-Johnson). Tony and the officer investigating the case then set out to bring Ray and his friends to justice.

Roadside Attractions has scheduled the release date for The Wall as March 10, 2017. Watch Taylor-Johnson and John Cena engage in a battle of wills in the official trailer for The Wall below.

Is Quicksilver Returning to the Big Screen?

Taylor-Johnson has played two heroes on the big screen. The first time as a regular teenage who became a crime-fighting vigilante in Kick-Ass and its sequel. The second and his most famous role to date was playing Pietro Maximoff a.k.a. Quicksilver in Marvel’s Captain America: The Winter Soldier and Avengers: Age of Ultron.

Spoiler alert! Quicksilver is killed when he tries to save Hawkeye (Jeremy Renner), ending any hopes that Quicksilver would return in the forthcoming Avengers: Infinity War.

Also Read: Scarlett Johansson’s New Movies for 2017: What’s Next for the “Avengers” Star?

However, it may be too soon to tell if that’s the end for Taylor-Johnson in the Marvel Cinematic Universe. The actor has expressed his desire to appear in more Marvel movies, and he’s totally up for reviving Quicksilver’s character. But as to whether or not that is likely, he told Metro UK, “I don’t have any knowledge I could share with you if did.” There is speculation that the speeding hero appears in Infinity War, but there has been no announcement of Taylor-Johnson signing on.

Fans started petitions demanding that Quicksilver be brought back, the way Marvel brought back Nick Fury and Phil Coulson. To that, Taylor-Johnson told Cinemablend, “I’d love to find what that loophole is, because I think they’re the best guys I’ve worked with in a long time, and yeah, you know, it’s cool.”

However, Marvel claims they have no plans to resurrect Quicksilver and that the character’s fated end was necessary. Age of Ultron director, Josh Whedon said that they shot an alternate ending in which Quicksilver survives. 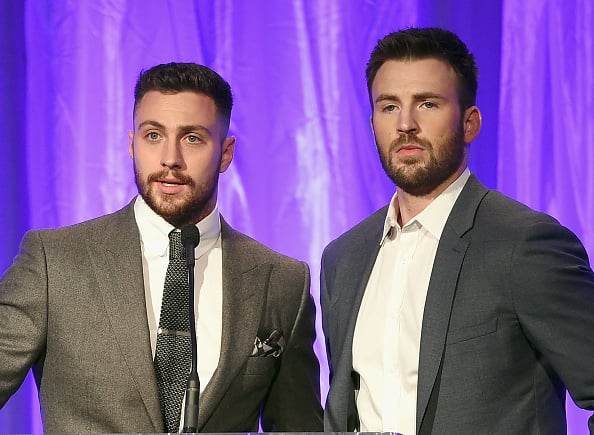 “We did actually shoot him in the last scene, in an outfit, with his sister. We also shot him, waking up, saying, ‘Ah, I didn’t really die from these 47 bullet wounds!’ Actually, we shot something else with that, but… maybe I’ll let you know about that later. But the intent was to earn this, and then you have to stand by it,” he said. He added that Quicksilver had to be killed off because they feared the audiences wouldn’t understand how heroic the Avengers really are if they came out of battles unscathed.

Meanwhile, Taylor-Johnson has signed on for the sequel of his other blockbuster franchise, Godzilla. In the 2014 film, he played Lt. Ford Brody who joins the U.S. Army in taking down Godzilla. He was the last surviving hero in the movie, save for Godzilla who reawakens at the end and disappears into the sea.

Godzilla: King of Monsters is scheduled to release in 2019 and Taylor-Johnson is reportedly cast in the sequel. However, the only confirmed star is Millie Bobby Brown (Stranger Things). Filming has been delayed as director Gareth Edwards was busy filming the new Stars Wars sequel, Rogue One: A Star Wars Story  which was released in December 2016.