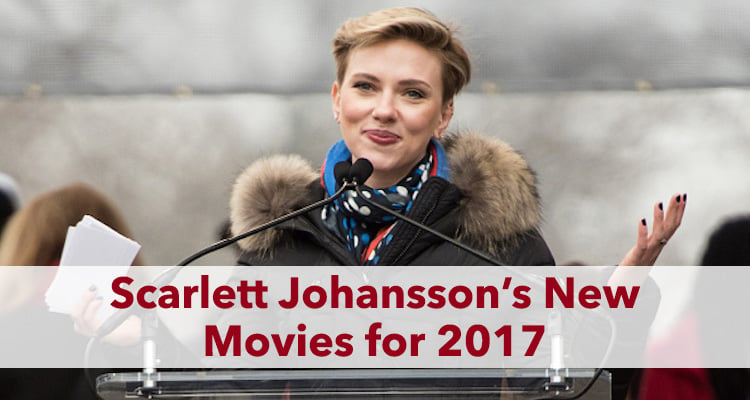 Scarlett Johansson’s new movies will have every one of her fans running to the nearest theater, and we can see why! Last year, not much was known about Scarlett Johansson’s movies, but now, we have a better look at what the A-list actress has been working on.

Fans have been wondering if Scarlett Johansson’s upcoming movies for 2017 are ready and luckily for them, we have the answers to those types of burning questions. There are so many new movies in 2017 that we just can’t keep up! But we can’t talk movies without mentioning one of the highest paid and talented actresses of our time—Scarlett Johansson. When she’s not fighting for women’s rights in Washington, D.C., the mother of one is usually working tirelessly to make her fans proud.

Ghost in the Shell

The New York native’s first film of the year is Ghost in the Shell, a science fiction film that is based on a Japanese comic by the same name. Johansson plays The Major, a cyborg counter-cyberterrorist field commander whose team, Section 9, stops cyber criminals and hackers. Now, they face a new and improved enemy that are doing all they can to sabotage Hanka Robotics’ artificial intelligence technology.

The film’s casting of Johansson as the protagonist has outraged many in the Asian community of Hollywood, including Marvel’s Agents of Shield star, Ming-Na Wen, who tweeted that despite her being a fan of Johansson, she didn’t approve of Hollywood’s “whitewashing” of her lead character.

“Nothing against Scarlett Johansson. In fact, I’m a big fan. But everything against this whitewashing of Asian role,” she wrote.

Many believed that Johansson should not have accepted the role, or even have been considered for the role in favor of an Asian actress. Whitewashing of characters has been an issue in Hollywood for some time now, and Johansson isn’t the first actress to be put in the spotlight for it. Why doesn’t Hollywood stop? Mainly, because the only race that matters is the race to the box office. Stars like Johansson will bring in more box office gold (presumably) than some unknown actress who best fits the Asian appearance and heritage. Either way, Johansson is talented enough that hopefully fans give this movie a chance. Ghost in the Shell has no official release date at the moment. 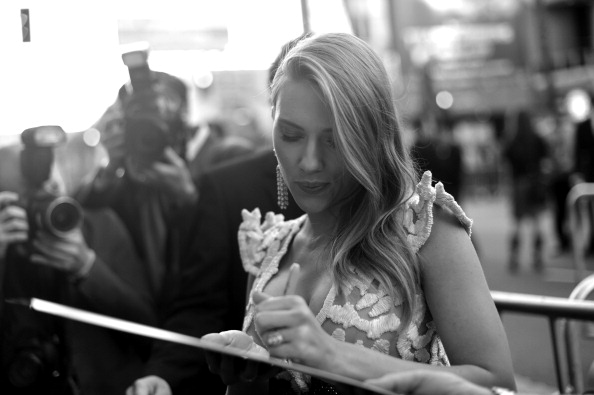 Scarlett Johansson is switching gears, starring in Sony Entertainment’s raunchy comedy, Rock That Body. The film follows a group of friends who have a wild bachelorette party that gets so out of hand, that a male stripper ends up dead! The film also stars Kate McKinnon, Jillian Bell, and Ilana Glazer. It’s about time Johansson showed more of her comedic timing—she’s been in a lot of romantic comedies, but never let audiences see more of her adult humor. We love a girl who can make fun of herself and we can’t wait to see how the night turns out for our leading lady! Rock That Body will be released in theaters on June 16. The movie was originally slated to premiere on June 23, but the studio didn’t want the movie going up against Transformers: The Last Knight.

Although the title sounds like an island of ex-boyfriends, it’s actually a stop-motion comedy about a dog name Rex. Not much is known about the film yet or its initial release date, but we do know that it has an A-list cast attached to it. Alongside Johansson, the film stars Edward Norton (Rex), Bryan Cranston, Bill Murray, Jeff Goldblum, F. Murray Abraham, Tilda Swinton, Kunichi Nomura, Harvey Keitel, Akira Ito, Akira Takayama, Koyu Rankin, Yoko Ono, Courtney B. Vance, Greta Gerwig, Frances McDormand, Bob Balaban and Liev Schrieber. Johansson is no stranger to voice work, having played the voice of Kaa, in the live-action movie The Jungle Book. The film is currently filming and being directed by Wes Anderson. It’s expected to be released sometime next year. 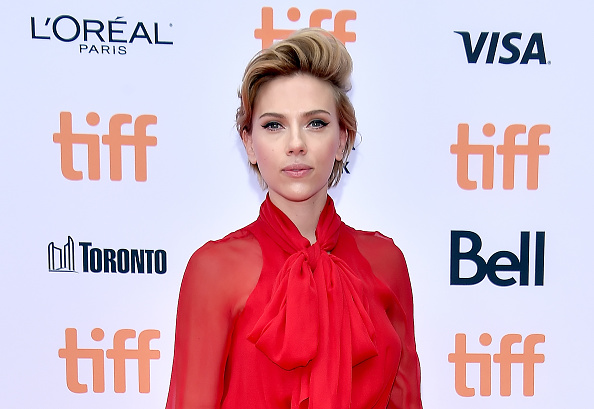 Why Black Widow hasn’t received her own solo movie by now is beyond us! Her character has one of the richest origin stories in the Marvel comics universe and fans can never get enough of her. Luckily, we will get the chance to see Johansson reprise her role as the lethal spy and martial arts expert in Avengers: Infinity War. The film marks the third installment for the Marvel franchise, which will be split up into two movies. As much as we would love one giant film, we—as well as the studio—don’t have faith in anyone sitting through four hours. There’s also the obvious fact of being able to make more money off two films as opposed to one. As fans already know, Infinity War marks the official arrival of Thanos and the possible end of the Avengers. It’s Earth’s mightiest heroes up against the Universe’s greatest villain. It sounds worse than it is, but we have faith in the Marvel superheroes.

It’s the most anticipated movie of 2018 and 2019, with all the members of the Marvel Cinematic Universe, including new additions like Captain Marvel, to make her debut. The film will hopefully devote some screen time to focus more on secondary characters like Black Widow and Jeremy Renner’s Hawkeye, more than in previous movies. Fans got a glimpse of Black Widow’s origins when she was a Russian spy, and what she went through during her training. But fans want more!

By the looks of it, Scarlett Johansson fans have a lot to look forward to for the next couple years, and if we’re lucky, Black Widow will get that stand alone film we’ve all been waiting for. As one of the highest paid actresses in Hollywood for the last few years now, there’s no telling what Johansson has her eye on next, after 2018 of course. There’s definitely no signs of her slowing down anytime soon and if she plays her cards right, there might be a Golden Globe or an Academy Award in her near future!