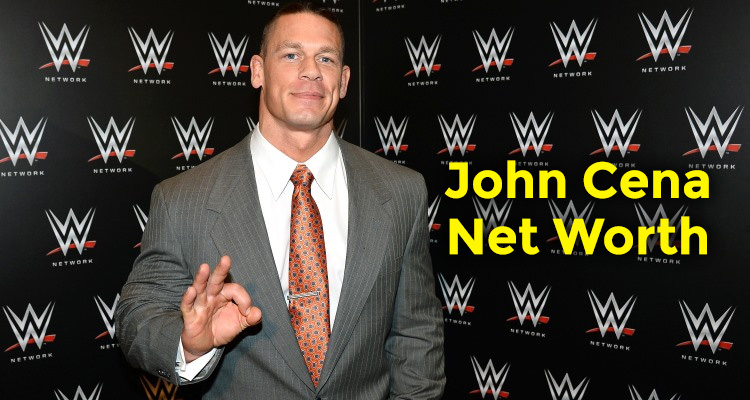 You might only know about John Cena from his famous in-the-ring wrestling matches, but that’s only part of John Cena’s repertoire. Like other celebrity wrestlers, he’s become a full-blown entertainment figure himself, with a great net worth accumulation to show for it! Here are some interesting facts about the pro wrestler right here in our John Cena wiki!

Back in the 1980’s, wrestling got its first real superstars, going beyond the stigma of just being tough guys who inflict pain on each other in the ring. Hulk Hogan, Randy Savage, Sergeant Slaughter, Ricky “the Dragon” Steamboat, and the Ultimate Warrior did their share of fighting. But after the bell, they showed up in movies, cartoon series, and even on lunchboxes. While these stars have since fallen by the wayside, there are new wrestling superstars emerging. Without question, John Cena is one of them. In the course of his nearly two-decade career, people of seen his face in the ring and across various media screens. Consequently, John Cena’s net worth has grown as a result of this. We’re bringing you some interesting facts about the famous wrestler that you may not have known before!

Top of the Heap—As of the end of 2016, John Cena was one of the top paid wrestler in the WWE, with a yearly $9.5 million salary! With all of his years in the business coupled with his salary, John Cena’s net worth is estimated at $35-36 million. This is incredible considering John Cena’s age is only 39!

A New Englander By Birth—While wrestling is often associated with Nevada, California and the other western states, Cena comes from the east. He was born in 1977 in West Newbury, Massachusetts. His father, John Sr. is of Italian descent and his mother, Carol is French-Canadian and English. Her father was Tony Lupien, a professional baseball player that played first base for the Boston Red Sox, Philadelphia Phillies, and the Chicago White Sox during the 1940’s.

Cena attended a private preparatory school before attending Springfield College where he played football, making the NCAA Division III team as an All-American Center. There, he also studied exercise physiology.

Getting into the Ring—It wasn’t until he graduated that John Cena intensified his bodybuilding career and eventually went to the Ultimate Pro Wrestling’s (UPW) University in California in 1999. He left UPW in 2001, with his tag name “The Prototype” and immediately started wrestling in the World Wrestling Federation’s SmackDown!

As one might expect, Cena has also engaged in wrestler feuds with other fighters like Chris Jericho, Chris Benoit, the Rock, and Rhyno. He’s known to use signature moves such as dropkicks, half nelsons, lariats, running one-handed bulldogs, and DDTs.

Keeping in Shape—As one might imagine, John Cena’s diet and exercise regime is rigorous. For breakfast, he consumes oatmeal and fruit, plus 2 whole eggs and 6 egg whites. Lunch is 2 chicken breasts with brown rice and vegetables. A dinner might be pasta or brown rice with chicken or fish with vegetables or salad. If Cena snacks at all, he consumes protein bars, pita bread with fish, or a banana shake with whey protein.

Workout-wise, John Cena breaks his body down into workout days. For instance Monday is legs, Tuesday is chest, Wednesday is arms, Thursday is shoulders, and Friday’s are dedicated to his back. He pushes each part of his body hard with double digit reps of over 3 to 5 sets. Squats, presses, dumbbell curls and laterals all factor into John Cena’s comprehensive workout. It’s no wonder he looks the way he does!

Behind the Camera—Like other wrestlers including Steve Austin, John Cena has ventured into film and television. In fact, John Cena’s movies are somewhat diverse. In 2006, he starred in The Marine, a crime thriller film co-starring Terminator 2: Judgment Day’s, Robert Patrick. While the film was ridiculed critically, it grossed over $22 million and spawned direct-to-video sequels, though none of them featured Cena himself. He later starred in other films, including 12 Rounds, Legendary, and curiously romantic comedy, Trainwreck with Amy Schumer. Recently, John Cena’s Sisters appearance as Pazuzu (with Tina Fey and Amy Poehler) earned acclaim.

On TV, Cena has appeared in a range of shows, including MADtv, Saturday Night Live, Psych, Hannah Montana Forever, and MTV’s Punk’D, among others.

He’s Hit the Mic—Some too young to remember may not recall that John Cena has also rapped! Well, sort of. He has rapped threats to his opponents in the ring (does that count as rapping?) In 2005, he even released a studio rap album with cousin, The Trademarc (also known as Marc Predka). With its championship belt cover and tracks like “The Time is Now,” “Don’t @#$% With Us,” and “Make it Loud,” one can imagine how John Cena used his wrestling experience to inspire his rap music. For all its strong-willed titles and Cena not being a regular rap star, the album went Certified Platinum and he even had videos shot for the album to help promote it. 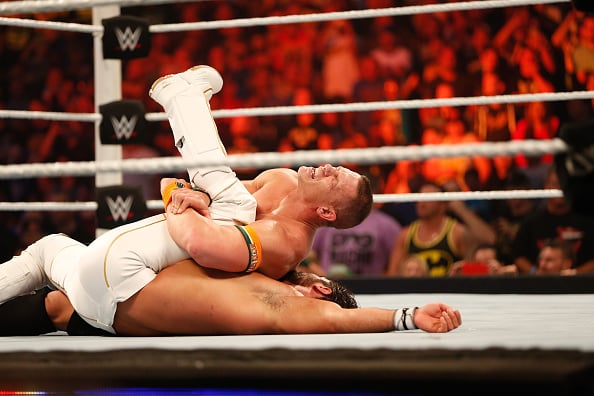 Outside the Ring, Studio, and Set—When not involved with his wrestling or entertainment activities, John Cena keeps himself busy. He enjoys playing video games and watching Japanese anime. He regularly follows other sports, including basketball, football, baseball, and hockey, with teams like the Boston Celtics, New England Patriots, Boston Red Sox, the Boston Bruins being a few of his favorites.

John Cena’s girlfriend is Nikki Bella, another WWE Superstar. Previously, he’d been married to Elizabeth Huberdeau, whom he’d met on the 12 Rounds promotion tour. The marriage lasted from 2009 to 2012.