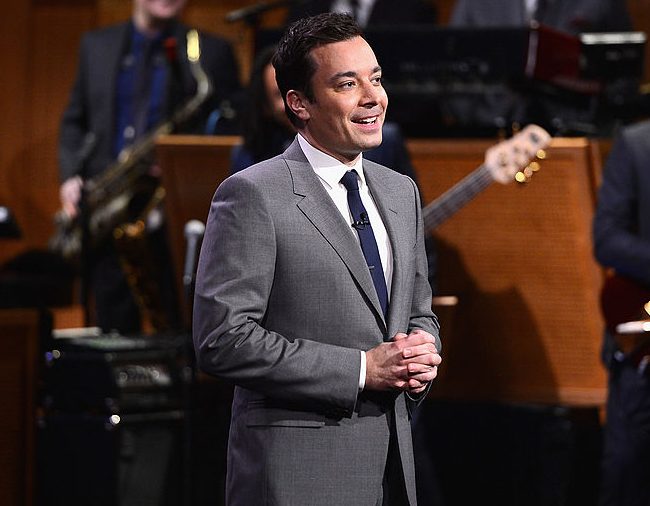 Who is hosting the Golden Globes 2017? The new year has just started and so far, things are looking up for one comedian in particular. The Tonight Show host Jimmy Fallon, 42, will be leaving his night job, temporarily, to act as the Golden Globes’ 2017 host on Sunday, January 8 at 8:00 p.m. EST. But Fallon won’t be the only star on the stage at the Beverly Hilton—he will of course be joined by the many A-list Golden Globe presenters.

After the season of gift-giving, comes the season of red carpets. The 74th Golden Globe Awards, aka the Golden Globes, are seen as a more relaxed, entertaining version of the Academy Awards (Oscars) and they’re usually more colorful, in terms of character.

It looks like it’s Fallon’s turn to host the annual awards ceremony and he couldn’t be more honored. NBC tapped the late-night show host to present and provide laughter for his overly dressed and talented peers during the live show. Fallon has been hosting The Tonight Show since February 2014 and hasn’t missed a beat, so, it’s no surprise to anyone that he was chosen to anchor the Golden Globe Awards 2017.

NBC Chairman Robert Greenblatt released a statement during the network’s Television Critics Association press tour, last summer. He had nothing but good things to say about the network’s choice of Fallon as the show’s host.

“We’re thrilled to announce Jimmy as host of ‘The 74th Annual Golden Globes,’” said Robert Greenblatt. “This is the most spontaneous and uninhibited award show on television, and Jimmy’s playful, disarming comedic brilliance makes him the ideal host to enhance and elevate the sense of fun and irreverence that’s made the Golden Globes one of the premier events of the entire broadcast year.”

“Jimmy Fallon is an exceptionally talented and dynamic entertainer and we couldn’t be more excited that he’ll be hosting the 2017 Golden Globes,” said Lorenzo Soria, President of the Hollywood Foreign Press Association. “His charm, wit and incredible spontaneity will play exceedingly well both to everyone at the show as well as the millions watching at home from around the world.”

Executives across the board couldn’t be happier for Fallon, who took to Twitter to show his gratitude for the opportunity.

“I’m so excited to be hosting the Golden Globes in January,” tweeted Fallon. “And I’m really looking forward to spending time with the Hollywood Foreign Press before Donald Trump has them all deported,” he quipped.

Who Are the Golden Globes 2017 Presenters?

Meryl Streep, an Oscar winner with eight Golden Globes under her belt, will be receiving the Cecil B. DeMille Award for her life’s work in film.

It’s sure to be an exciting night and we can only wonder what kind of jokes Fallon has in store for Hollywood’s elite.