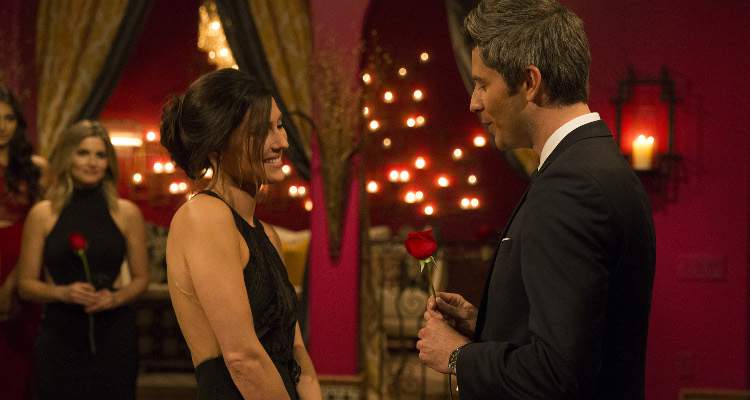 Arie’s journey on The Bachelor only just began, and we’re already dealing with traumas. Who does Arie pick on The Bachelor? If you want to wait until the end to find out, consider yourself warned: This piece contains The Bachelor 2018 spoilers.

We started 2018 with Arie Luyendyk returning to the scene of the crime years after Emily Maynard broke his heart on The Bachelorette. He’s now the one in the driver’s seat (there had to be a racing joke in here) on The Bachelor, and kickstarted (we promise this is the last one!) the first dates of the season. There were tears, old traumas, and lots of re-interrupting this week. But do we have a frontrunner already? Who wins The Bachelor 2018? We’ve got the scoop for the eager Bachelor Nation right here.

Week 2 into The Bachelor season 22 and Chris Harrison is already reminding the ladies that their happiness is short-lived. And he punctuates this ominous reality check with the first one-on-one date card of the season for—wait for it—Becca Kufrin! Remember the girl who made Arie give her a faux proposal during the season premiere? That’s the one.

The date card gives her a hint about the date saying “Hold on tight.” she responds “Hopefully I can hold onto his arms!” No girl, like seriously hold on! That date card translated to a motorcycle ride with Arie, complete with matching leather jackets. Given that Becca gets excited when he zips up her jacket, she’s a keeper.

While Krystal is back at the Bachelor mansion talking about her fear of motorcycles after her dad’s accident long ago, Arie and Becca arrive at an envy-worthy mansion. Waiting at the house is designer Rachel Zoe, who lets Becca try on her creations. At this point, it’s more of a date between Rachel and Becca than Arie and Becca!

Becca gives Arie an exclusive fashion show in Rachel Zoe’s designs before the celebrity fashion guru gifts the contestant everything. Who knew dating Arie could be this great? After she halts an almost-kiss to tell him that he has beautiful eyes, he gives her jewelry, and the Kissing Bandit finally gets the kiss he was going for.

The evening segment of the date finally gets to the heavy questions. Arie spills on his Bachelorette experience, racing, new real estate job, and family. After he eggs her on saying he chose her for the date because of her “open mind,” Becca opens up about everything—from past relationships to her father’s death. One could comment “leave something for the second date,” but we all know there won’t be another one-on-one with the same person.

Arie gives her the date rose for her “open mind,” and she’s safe from being eliminated during the upcoming rose ceremony. Krystal and Sienne won the other roses this week, and were safe along with Becca.

We might be jumping the gun here, considering it’s only Week 2, but Becca is the clear frontrunner of the pack. Chelsea, who won the First Impression rose and is the newly crowned villain, is not the clear choice for all the effort she puts into monopolizing Arie. Krystal seems to have made a good impression, but it’s too soon to tell how far she’ll go.

Reality Steve, the source of all things Bachelor, already spoiled the Top 4 four contestants and the winner. The one who gets to walk away with Arie is *drumroll* Becca!

If you look at all the signs, it’s the obvious conclusion. She got a preemptive proposal at the very beginning (regardless of the fact that she basically forced Arie to go down on one knee for her). She got the first one-on-one, during which he gifted her Neil Lane jewelry. If that’s not a clear indication of the Neil Lane wedding sparkler she will be getting at the end of this, nothing is!

Of course, he also likes her “open mind” and all the other things they have in common, like how they’re both close to their families. Boring and cliché, we know, but awww! Say what you want, Becca is getting engaged to Arie at the end of this.