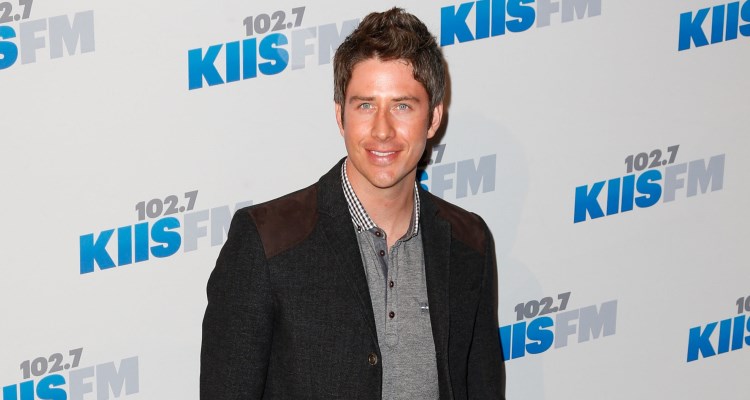 Who is the New Bachelor?

It has been a while since fans have seen Arie’s face on national TV, but he’s about to become the most desired single man around! Bachelor fans will remember him from Emily Maynard’s season of The Bachelorette, but sadly the runner-up didn’t get his happily ever after. So, where is Arie now? He still lives in Scottsdale, Arizona and now he’s a realtor instead of a race car driver. When you put it like that, the scenario kind of sounds like he’s a retired superhero, but one might think selling homes is a lot safer than driving at illegal speeds! Either way, fans couldn’t be happier to see this old face try his luck at love once again!

Arie is 35 years old and he was born in The Netherlands before moving to the U.S. when he was just two. And for those who remember his time on The Bachelorette Season 8: He’s fluent in Dutch! He showed off his translation skills to Emily on their hometown date. Who knew Dutch could be so sexy?

He Made Emily Nervous

Not only did Emily reveal in her blog that Arie is a good kisser, she also confessed that she changed her outfit multiple times before their date!

“To say that I was nervous before my date with Arie is an understatement! I swear, I think I changed my outfit 20 times before I was pulled out of my house, because I just wanted everything to go perfectly. As nervous as I was, within five minutes of being in the car with Arie, he had me laughing so hard my stomach hurt!”

‪Bachelor Nation, start your engines! We are proud to announce the next Bachelor will be…[email protected]! ???‬#thebachelor

Emily is Obsessed with Dolly Parton!

In case you forgot, Arie Luyendyk Jr. ex-girlfriend, Emily is a huge fan of Dolly Parton, something that was lost on Arie when they dated.

“I took Arie to one of my favorite places, Dollywood, and being from Holland, he didn’t quite understand my obsession with Dolly Parton but he was still such a great sport about it all,” Emily said in her blog. “The entire day was so perfect that I didn’t think anything would make it more memorable, but as soon as I heard Dolly Parton’s voice I could have died! I don’t think I’ve ever been so shocked in my life!”

It seemed the obsession with the country queen was pretty one sided!

Arie Luyendyk’s Family was Surprised about the Announcement!

We weren’t the only ones caught off guard by the recent Bachelor news: Arie’s own parents didn’t know, either! They found out the same time as everyone else when the news was revealed on Good Morning America. The lid on this season’s Bachelor was so tight, even his own blood didn’t know!

This is pretty surreal,” Arie told People. “It doesn’t really feel real yet, but I’m taking it step by step. The timing is just so perfect in my life. I could not be more excited for this journey I’m about to embark on.”

The family was given a heads up the first time, but since that didn’t work out, it was probably best that they were surprised along with the rest of the country.

The Bachelor returns in January 2018 on ABC!