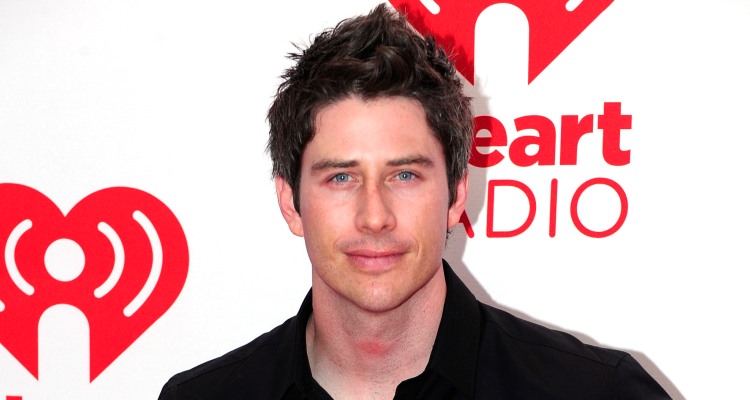 Are Arie Luyendyk Jr. and Emily Maynard engaged? If you’re still asking that question, then you definitely need our help in keeping up with the times! It was announced Thursday morning that Arie Luyendyk Jr. is the new Bachelor for 2018, and since then, fans have been looking to learn more. If you need a Bachelor recap on the newest leading man, then we have just what you need.

After weeks of speculating, Bachelor Nation now has a definite answer as to who will be giving roses and breaking hearts come 2018. After Rachel Lindsay’s season of The Bachelorette ended with a proposal from Bryan Abasolo, many thought that runner-up Peter Kraus was going to be the next star of The Bachelor. Long before that, it was a long-running rumor that Peter was going to be the one that Rachel would find a happy ending with, but both rumors were false.

He was Runner-Up on The Bachelorette

For those who may have forgotten, Arie Luyendyk and Emily Maynard were once a thing on Emily Maynard’s season of The Bachelorette, back in 2012. He thought he and Emily were going to be together, until she decided to go in a different direction.

“I’m shocked,” Arie told Maynard after she turned him down. “I completely thought we had something.”

“Thank you for sparing me the embarrassment tomorrow,” he said as he embraced her one more time. “Good luck.”

As the car drove off, Arie revealed, “I still believe she is the love of my life. It’s so painful. I can’t believe this is it.”

But now, things are looking up for Arie as he has the chance to pick who he wants to spend his life with.

The Bachelor News was Confirmed on GMA

The 35-year-old said he “was a little skeptical,” but that he wasn’t nervous about his choice to be on the show.

“This is pretty surreal,” Arie told People. “It doesn’t really feel real yet, but I’m taking it step by step. The timing is just so perfect in my life. I could not be more excited for this journey I’m about to embark on.”

Arie also admitted that he felt that this is the right time to go back to the show and find love again. He’s been out of the public eye for a while and he wants a woman who’s “independent, strong but then still gentle,” he told Good Morning America.

“I’m not nervous,” he told People. “Now that I’ve had some time and distance away from it, it feels like the feeling I had before I went into it the first time. I think sometimes when you’re on The Bachelorette and you jump right into being the Bachelor, for me it would’ve been too soon. This feels more natural. I’m not concerned what people think. I’m just focused on the outcome. I want to find my person and will do whatever it takes!”

Arie Luyendyk Jr. (pronounced lion-dike) was born in The Netherlands and moved to the U.S. when he was just 2 years old. Now, he lives in Scottsdale, Arizona. During his time on The Bachelorette , viewers got to see him show off his bilingual skills when he told his parents in Dutch that his relationship with Emily was going well.

What is Arie Luyendyk Jr.’s Job?

Arie is the son of Arie Luyendyk Sr., a two-time Indianapolis 500 winner and it runs in the family. Arie Jr. is a racer-turned-real estate agent but before he got into the business of selling houses, he used to race cars. He competed in the Firestone Indy Lights and was a rookie at the A1 Grand Prix World Cup of Motorsport during the 2007-08 A1 Grand Prix season. You can see some of his listings on his Instagram account.

He was Offered the Role of Bachelor Before

That’s right—Arie was supposed to be the leading man for season 19 of The Bachelor, but the role went to Chris Soules instead! According to former Bachelor star Sean Lowe, Arie was tapped for the role but the network had a change of heart.

When does The Bachelor start? Season 22 of The Bachelor airs on January 18 on ABC! Until then, fans can continue watching Bachelor in Paradise in order to get the drama fix they need, but keep in mind it ends next week!