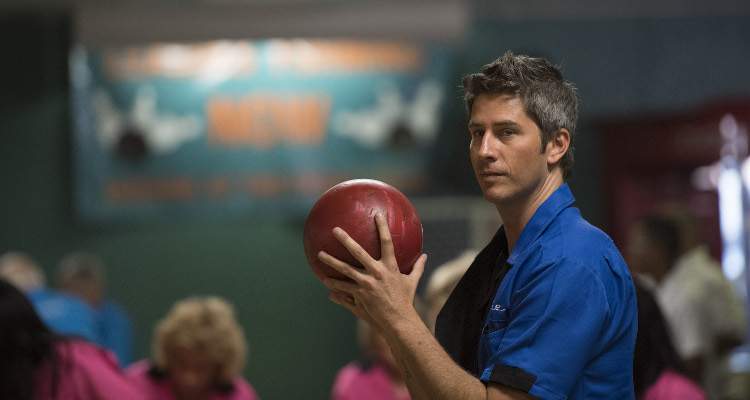 The Bachelor’s current villainess, Krystal, took center stage last night, and we’re so done with her. But who went home on The Bachelor last night? We’ve got the answer for you and Krystal’s shenanigans in The Bachelor recap right here.

Bachelor Nation, it’s time we take back all the mean things we said about Corinne and Bad Chad. Krystal tops every villain in the franchise’s history! The longer she stays, the more Bachelor Nation wants to ready their pitchforks and torches. But The Bachelor season 22 episode 5 hasn’t answered our prayers just yet, as she’s still on the show!

Heart Will Go On

The Bachelor traveled to Florida this week, and it only goes downhill from there. Short-term villain Chelsea gets the first one-on-one date on a yacht in Fort Lauderdale, and this worries the other ladies. Especially Lauren, who is insecure about the lack of attention from Arie.

To make matter worse for everyone, Maquel returns to the show! Remember how she left briefly to attend her grandfather’s funeral? Well, she’s back just in time to blatantly leer at Chelsea’s yacht date.

Of course, you just have to do the Titanic pose when you’re on a yacht, no matter how cliché it is. And Chelsea’s worries as a single mom resurface during this date, and frankly, it’s good that she talks about it. Arie, in all seriousness, doesn’t want to waste her time.

I'm sorry. But #TheBachelor making us all think Chelsea was the villain then making her the MOM of the season and KRYSTAL the villain is the biggest plot twist I've seen since Trump's election.

Over the dinner portion of the date, Arie coaxes a backstory out of her. Chelsea revealed that she met an older man when she was 20, and he molded her into what she is today. But after seven years together and six months after their son was born, he left them for another woman.

Bachelor Nation loves Chelsea now. But don’t judge us as we change opinions very quickly.
And Chelsea gets the date rose, so we’re all happy.

Believe it or Yacht, they’re Titanic-ing!

The group date is by far the most exciting part of the episode. And it’s not because Maquel, Krystal, Bekah M., Becca K., Jenna, Seinne, Kendall, Ashley, Marikh, Jacquline, and Lauren go bowling together.

The reason is that it’s Krystal’s moment to shine. Too bad Annaliese went home before she could share any bowling trauma she has.

The girls divide into two teams. This distracts us from the image in of our minds of Arie licking a filthy bowling ball.

The winning team gets an extended date tonight. And Krystal even prays to her dogs to let her team win.

Some people weren’t happy I kept Corrine around so long, but she at least made you laugh and didn’t take herself too seriously. Krystal doesn’t even have a nanny. Like whateves #thebachelor

Some higher canine power is working its mysterious ways, because Krystal, Jenna, Becca K. Maquel, and Jacqueline actually win. And if we’ve learned anything about Krystal by now, it’s that she gets drunk on power.

So, you can imagine how upset she gets when gentleman Arie invites the losing team to the after-party as well. Cue another golden Krystal quote, “I’m done.”

And when Krystal is done, she throws a tantrum. She’s upset about sharing her victory with the losers.

Krystal doesn’t want to compete with more ladies for Arie’s attention and feels betrayed. She’s basically demanding everything be all about her. Maybe she forgot that she’s on a dating show?

Furious at Arie, Krystal even unleashes her wrath on the crew. She boycotts the party, and the other ladies are too used to it now to care about it. The villain declares that all her “bags are packed,” and we are poised to do cartwheels waiting for her to quit.

“I wasn’t hiding in my room. I was investing in myself.” – Krystal #TheBachelor pic.twitter.com/SOJmmzQjBc

Arie notices Krystal’s absence, and the other ladies fill him in on her hissy fit. So, Arie “checks” on her. This is exactly what Krystal wants, but she gets a surprise.

He makes sure to tell Krystal that he’s not happy about being badmouthed. This escalates into a fight with Arie uninviting her to the party. You go, dude!

The party goes on great sans Krystal until she makes a grand entrance. Everything goes downhill after Krystal crashes the party. But she has a good sense of timing and escapes before the ladies yank her hair out.

Moving on from the Krystal episode, Tia gets the next one-on-one date. And the producers are making full use of what Florida has to offer, so this date is among the alligators in the Everglades. This date could end very badly if there’s no rose.

Fortunately, their date is uneventful and not disastrous. So, we’ll move on to the cocktail party now.

Krystal needed to stop with the “I'm not going” games.

This reminded me of the time when I told my mom I was running away from home and she helped me pack. #thebachelor

Everyone’s still annoyed at Krystal while she’s giving diamond soundbites in the confessional. Let’s explain, shall we?

In Krystal’s mind, the other ladies are not important, so she can’t fathom why she has to compete with them for Arie’s attention. And she’s still upset by their couple’s spat.

Krystal’s delusions intensify, and she breaks out into another one of her speeches. We can see that the girls are rapt with attention.

Did we mention that Krystal doesn’t do “mic drop?” It’s “glitter” now. Spread the word.

At this point, Krystal’s emotional backstory about the bowling alley doesn’t resonate with Bachelor Nation. Arie’s immune to her sob story, and he’s not buying her coy tactics.

Leave it to Arie to remind her that this is a competition, and she could be going home.

Krystal: I grew up in a bowling alley.#TheBachelor

Let’s call Chris Harrison and cut to the rose ceremony while Krystal is imploding.

The last rose tragically goes to Krystal. We can hear that two-on-one coming.

Arie: "I'm not sure about Krystal."

Chris Harrison: "but you've had some great times with her"

It’s goodbye to Ashley, Marikh, and Maquel this week. Well, it looks like Krystal’s dogs sure are powerful!

But, when will Krystal leave? Keep watching The Bachelor every Monday at 8:00 p.m. EST on ABC to find out.

I hope everyone here trusts my judgement.

Translated: "I'm picking Krystal. Don't hate me. The producers made me." #TheBachelor