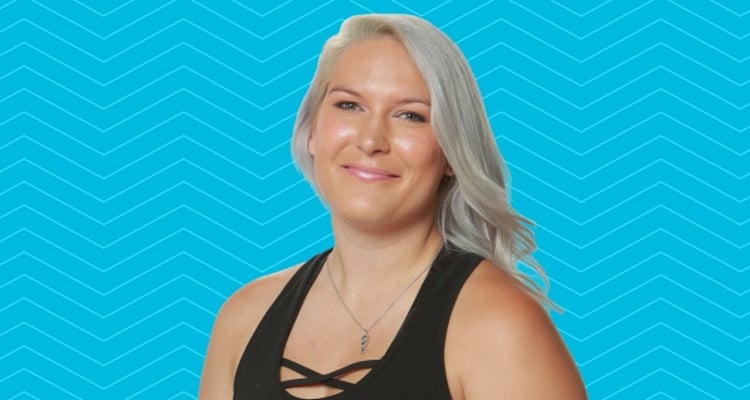 Big Brother Season 19 premiered on June 28, and one of the contestants seems to have quit the show. Why did Megan leave Big Brother? Find out what happened to Megan in Big Brother right here.

A total of 16 contestants entered the Big Brother house and it did not take long for the drama to start. Those of you who watch the Big Brother live feed must have noticed that one of the houseguests have gone missing. Who was that contestant? It was Megan Lowder who is a dog walker that also worked in a Middle Eastern prison. Megan’s picture on the memory wall turned gray after her emotional first few days were played out on our screens.

From being put on the block to becoming the center of a house-wide argument, Megan reportedly locked herself in the diary room and self-evicted. Executive producer Allison Grodner predicted that Megan  could be the potential winner this season, with fans and former houseguests wondering what made her leave so soon after the season started.

What Happened to Megan in Big Brother?

If you watch the Big Brother live feed, then you know how shocking it was to suddenly see that Megan was no longer in the house. But did Megan leave Big Brother? After Sunday night’s episode, we know that a letter was given to the houseguests by producers saying that it was a “personal matter” that caused Megan’s departure. The 28-year-old has since spoken out about leaving the show, saying that her time in the Big Brother house triggered her PTSD, following a sexual assault while she served in the Navy. During an interview she revealed, “When I was stationed in Norfolk, Virginia, I was sexually assaulted and I got really bad PTSD from it. So in the house … I had a lot of guys yelling at me and attacking me and it started really affecting me and making my anxiety severe and I was starting to get physically ill. I was throwing up, I had diarrhea, I was nauseous all the time.”

In the Big Brother house, Megan was called a “bully” and a “snake,” by Josh Martinez, who yelled at her after the first head of household competition of the season. Tensions are bound to rise when you live in a house with a lot of strangers, and the growing animosity the house showed against her proved to be too much for Megan. She further explained that she was planning on having a killer summer and did have fun during her brief stint on the show. She does not blame anybody for leaving and claims that her issues got the best of her.

According to Megan, she had a panic attack in the diary room which resulted in her being sent to the hospital for two days, after which she and the producers felt it was best that she leave. Cody, who is the head of the household, read a note given to him by producers to the rest of the house. The letter only stated that Megan had “ an urgent personal matter” due to which she will not be competing for the remainder of the season

What is Megan Doing Now?

Since she walked out of the show, Megan Lowder has posted a lot of heartfelt messages on social media, expressing her gratitude to the fans who supported her. She even shared a hotline number for people who have suffered sexual assault and PTSD, “If anyone is a victim of sexual assault and needs someone to talk to please call the nation sexual assault hotline: 8006564673.” Megan is currently in Cathedral City, California with her family.