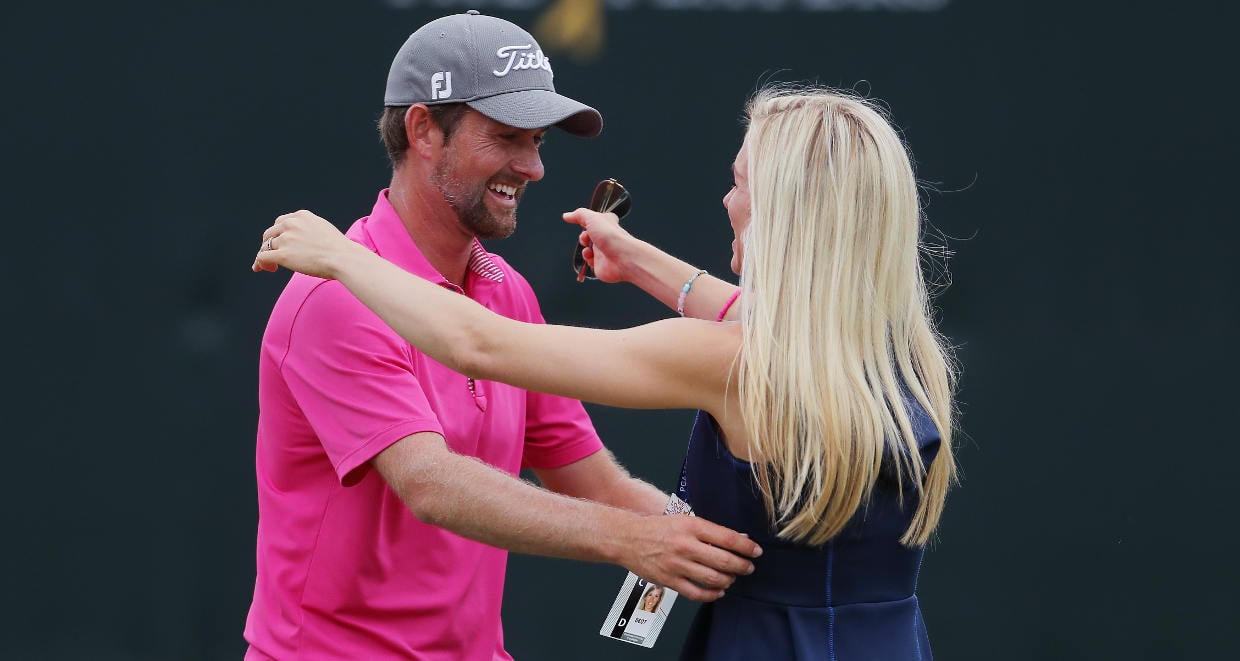 PONTE VEDRA BEACH, FL - MAY 13: Webb Simpson of the United States celebrates with his wife Taylor Dowd on the 18th green after winning during the final round of THE PLAYERS Championship on the Stadium Course at TPC Sawgrass on May 13, 2018 in Ponte Vedra Beach, Florida. Credits: Richard Heathcote/Getty Images

Taylor Dowd Simpson just might be the force behind Webb Simpson’s improving golf play that recently won him the RBC Heritage. Thanks to his wife’s support, he developed a better grip style when anchored putting was banned by the PGA. When he was without a caddie, Dowd stepped in and became his support right there on the course instead of standing in the wings. He credits her with helping him cope with the pressures of the sport. This Taylor Dowd Simpson wiki shows why she is one of the most popular women in golf.

Born on October 30, 1984, Taylor Dowd Keith is mostly known to her loved ones (including her husband) by her middle name, Dowd. She’s also one of the most beautiful women associated with golfing, thanks to her pro-player husband. The Charlotte, North Carolina native is one of five children born to Greg Keith and his wife, India Early Keith.

Greg, a former basketball player, think of James Frederick Webb Simpson as like his own son. And this relationship began even before his daughter married the golfer.

Dowd’s brother, Graeme Keith III, was a student at Wake Forest University. He was roommates with Webb for their final three years at college. During their friendship, Webb often stopped by the Keith household with his friend. Greg and India became very fond of the young golfer.

According to Dowd’s parents, Graeme didn’t introduce her and Webb. Webb Simpson’s dad played cupid instead. 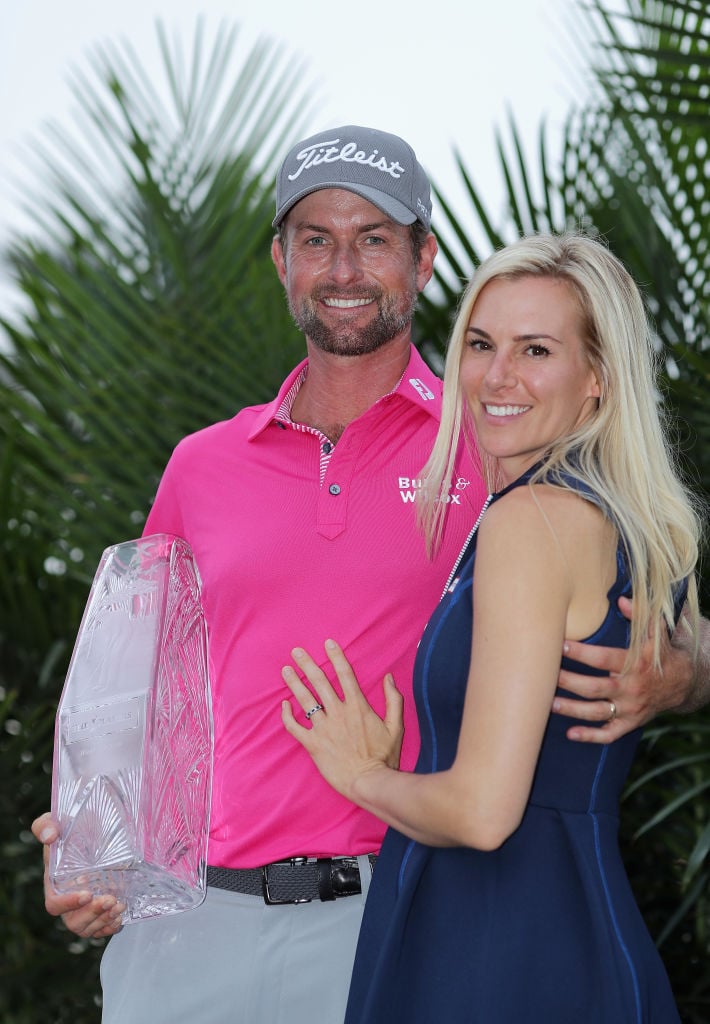 Webb Simpson of the United States celebrates with his wife Taylor Dowd after winning during the final round of THE PLAYERS Championship on the Stadium Course at TPC Sawgrass on May 13, 2018 in Ponte Vedra Beach, Florida. Credits: Richard Heathcote/Getty Images

Webb Simpson’s Dad Was His Wingman

Taylor Dowd Keith was a theater major at Wake Forest University in Winston-Salem when a young golf star from Raleigh began attending the same university.

Keith’s best friend, Maggie Simmons, knew Webb Simpson and it seems that she felt her two friends would make a great couple. So, when Simmons heard Simpson was going to Wake Forest on the Arnold Palmer Scholarship, she’d tease Keith that her “future husband” was coming.

Dowd and Webb’s love story began at Wake Forest. But they were not college sweethearts right away.

Like a Hollywood movie coming to life, Taylor Dowd Keith, a sophomore at the time, met freshman Webb Simpson’s father, Sam Simpson, at Simmons’ party for the first time.

Even though his dad played wingman, Webb didn’t actually meet Keith until months later. They started as friends before they began dating. And Sam Simpson held up his end of the deal by paying the $100, which the couple spent on their first date! 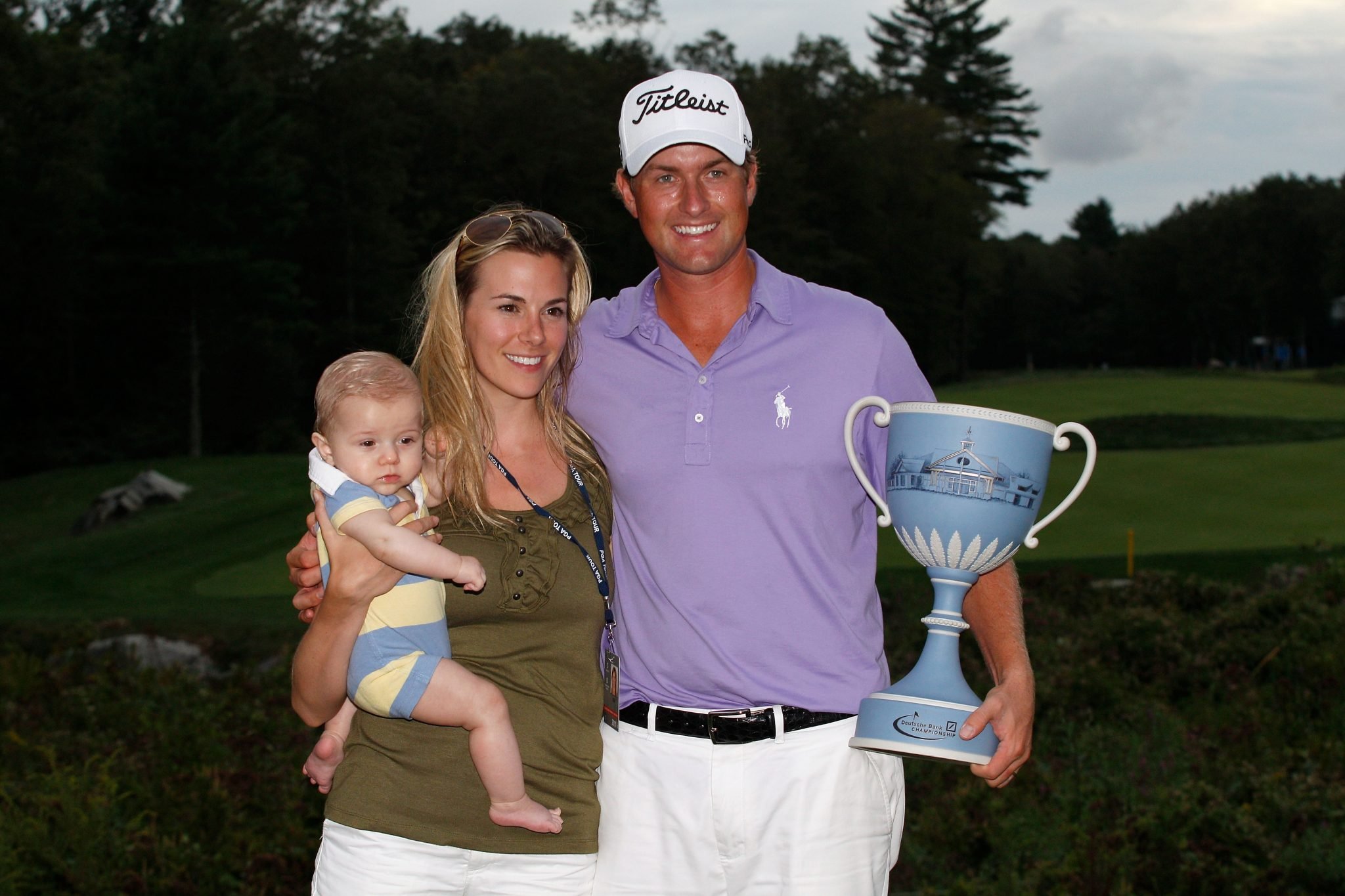 NORTON, MA – SEPTEMBER 05: Webb Simpson holds the trophy as he poses for a photo with his wife Dowd and son James after Webb won a 2-hole playoff after the final round of the Deutsche Bank Championship at TPC Boston on September 5, 2011 in Norton, Massachusetts. Credits: Michael Cohen/Getty Images

Keith and Simpson Broke up Briefly

Taylor Dowd Keith and Webb Simpson’s college romance started pleasantly, but their schedules got in the way. While Simpson had his budding golf career, Keith was busy with theater rehearsals.

They managed to make their relationship work around their busy academic activities, but it didn’t last long. Keith graduated in 2007, but Simpson wouldn’t graduate for another year.

They parted ways when she graduated, with her launching her acting career. Keith was based in Atlanta and Los Angeles, working on becoming an actress. But eventually, the two reconnected again. And it seems it really was true love!

“The first date we had, I thought to myself, ‘I’m falling right back in love with the man I fell in love with my sophomore year,’” said Taylor, who decided Maggie Simmon’s forecast was right and that Webb Simpson was indeed her future husband.

According to Taylor, the time apart helped and was a “healthy” step in their relationship.

Taylor Dowd Keith and Webb Simpson met eight years before he won the 2012 U.S. Open. In the two years before his big career win, his personal life was soaring.

The couple married on New Year’s Day, January 1, 2010 at the Quail Hollow Club golf facility in Dowd’s hometown of Charlotte. Their college friends were also in attendance.

Happy Anniversary to my love and wife Dowd! 9 years has been amazing. I hope for 9999 more.

Since they got hitched, Taylor Dowd Simpson’s acting career appears to be on the back burner. She’s a devoted golf wife now,  always accompanying her husband on the greens. She was named among the most beautiful golf wives on the tour in 2014.

When Webb’s caddie couldn’t join him owing to back injuries, Dowd jumped in. Having his wife on the course supporting him has been a major boost to Webb’s performance.

Dowd has been the VP of membership for the PGA Tour Wives Association, which helps underprivileged children. She has made TV appearances with her fellow PGA wives regarding the work they do. 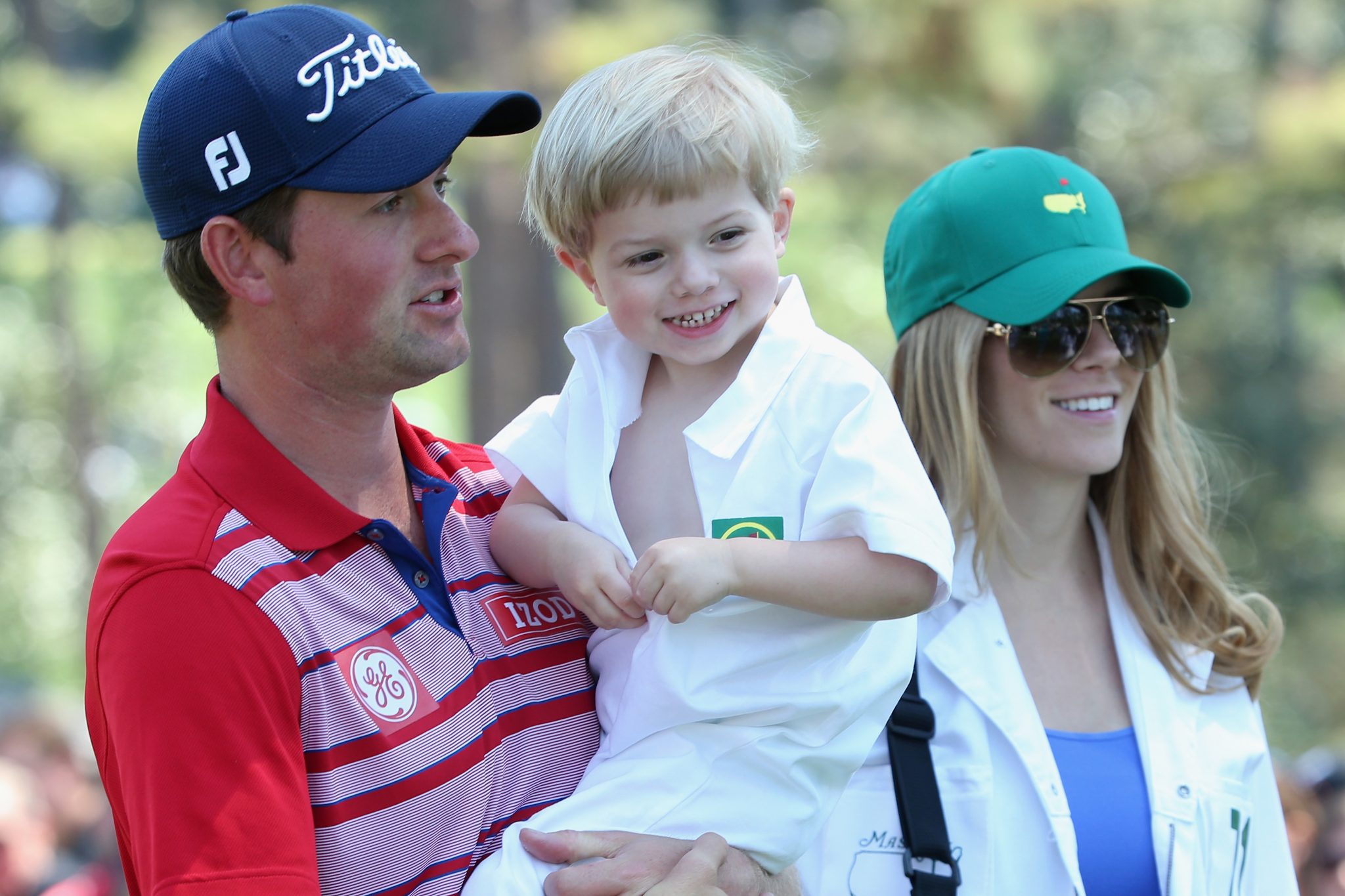 AUGUSTA, GA – APRIL 9: Webb Simpson of the United States, holds his son James as his wife Dowd looks on during the Par Three Contest prior to the start of the 2014 Masters Tournament at Augusta National Golf Club on April 9, 2014 in Augusta, Georgia. Credits: Andrew Redington/Getty Images

Webb Simpson has been calling Charlotte home since marrying his wife, and they’ve been busy! Dowd gave birth in 2011 to their first child, a boy they named James.

Dowd was pregnant with their second child when Simpson was playing in the U.S. Open, and she said, “It was just me and Webb, so the tournament was a little ‘babymoon’ before Willow arrived.”

Golf had a part to play in naming their third child. But when Webb Simpson didn’t win the Masters, they scrapped naming their second daughter “Augusta.” Instead, they decided to go with Wyndham.

They welcomed another daughter, Mercy, in May 2016. Simpson pulled out of The Players that year to be with his wife and newborn child.

Their youngest daughter was born on December 9, 2018.

Welcome to the world my precious baby girl. You are so loved ❤️My wife Dowd and daughter are both happy and healthy

In addition to being golf wife of the century, Taylor Dowd Simpson has her own quirky interests. She is a wig collector, aside from being a fashionista.

She described one of her rock band wigs in an interview: purple on top and fiery red at the bottom. She also has a pink pixie one, as well as a long, black wig.

Wigs are a source of fun for Taylor. She wears them around the house to play with her kids or out in public, just because she can!

The golfer and his wife are outspoken about their Christian faith and the importance it plays in keeping their family together. Dowd and the kids are present at almost every one of Webb’s games.

The family spends a lot of time on the road, but stays grounded through reading the Bible, among many other books. They are also quite active in their community.

And the Simpsons also like to have some fun together, whether it’s with Taylor’s wigs or reenacting Webb’s Ryder Cup victory!

If you missed any of the action this morning, don't worry. @dowdsimpson and I reenacted our favorite moments. Made for TV movie forthcoming pic.twitter.com/0rnMDgu1lr

In the meantime, we’d like to petition that Webb Simpson’s wife start an Instagram account, so that we can see some of Taylor Dowd Simpson’s pics of the WAG in her wigs!