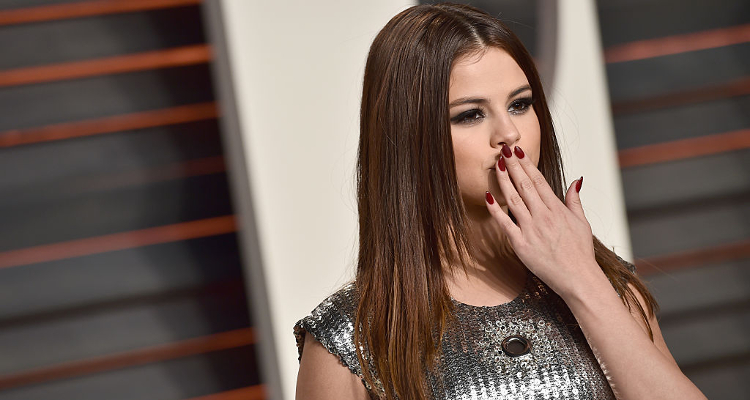 It looks like Selena Gomez is expanding her horizons, as she has been working hard as executive producer of an upcoming Netflix series. Selena Gomez is no stranger to the world of television, considering she made her debut in 2002 as Gianna in Barney & Friends. Since then, we have seen here as a regular on TV shows like Wizards of Waverly Place and Hannah Montana, as well as in films like Monte Carlo and Spring Breakers.

Now, Selena Gomez is stepping behind the camera as an executive producer for Netflix’s latest drama series, 13 Reasons Why. Recently, the 24-year-old singer posted a photo on Instagram with the two actors who were cast as Hannah and Clay.

After 6 years waiting to find the perfect Hannah and Clay for @13reasonswhy I couldn’t be luckier we cast these two ????

The “Come & Get It” singer captioned the picture saying, “After 6 years waiting to find the perfect Hannah and Clay for @13reasonswhy I couldn’t be luckier we cast these two.”

13 Reasons Why is an upcoming Netflix series, which is expected to premiere on March 31, 2017. The show is based on the book, 13 Reasons Why, written by Jay Asher. The series follows a boy named Clay Jensen (Dylan Minnette) who receives a box from his crush, Hannah Baker (Katherine Langford) containing 13 cassette tapes, two weeks after she committed suicide. The 13 tapes act an Hannah’s audio diary, each one providing a reason for her decision to end her life. The series will showcase a dual narrative between Hannah and Clay.

Initially, when the book was to be adapted into a film, Selena Gomez was signed on to play the role of Hannah. However, Gomez has decided to take a step back and is working alongside her mother, Mandy Teefey, to help produce the show.

Selena Gomez is definitely talented, with a successful career in music and film ahead of her. With 13 Reasons Why as her first major role as executive producer, we have nothing but high hopes and well wishes for her. 13 Reasons Why will premiere on March 31, 2017.