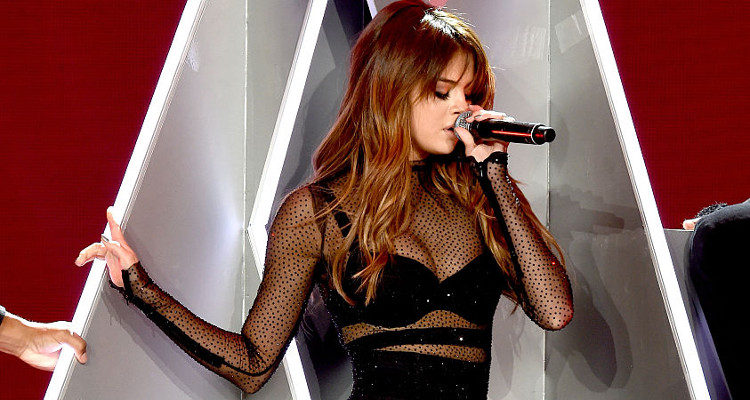 Selena Gomez is rumored to be ready to make her debut as a couple with The Weeknd at the 2017 Grammy Awards, this Sunday. But before that, she gave us a blast from the past with an adorable throwback post on Instagram!

Selena Gomez hasn’t revealed any plans for new music, nor has she been nominated for a Grammy Award this year. But she will attend the event to support her rumored new boyfriend, The Weeknd, who will be performing with Daft Punk. According to sources, The Weeknd requested that he be seated next to Gomez during the show. Meanwhile, Gomez helped dress her friends from the band, Hillsong Young & Free for their first Grammy appearance. While we wait for Selena Gomez and The Weeknd to make their first public appearance as a couple, we can’t not talk about the 24-year-old pop star’s latest Instagram post! Gomez has been through a lot, especially in the past year, and her throwback post reminds us just how beautiful she has always been.

Selena Gomez is a Fresh-Faced Teen in Her Latest Post

Gomez posted a short video this morning (February 8) on her Instagram account. The clip shows a younger Gomez smiling at the camera. If it wasn’t for some hawk-eyed Selenators, we wouldn’t be able to tell that it is actually a 17-year-old Gomez! It wasn’t that long ago, but even at 24 years old, Selena Gomez doesn’t seem to have aged at all.

Gomez started out in the acting industry as a child in Barney and Friends and became famous through the Disney show, Wizards of Waverly Place. This recent post appears to be from her time as a Disney star. With over 109 million followers and growing, Gomez has the second-most followed Instagram account in the world (as Instagram’s own account takes the first place spot with 210 million followers). Within minutes, millions of her followers showered the video of the fresh-faced songstress with compliments and likes.

Some sneaky Selenators also tagged The Weeknd in the post! Ever since the two were spotted in Italy, rumors of them dating have been making the rounds. While neither has confirmed it, this Sunday’s Grammy Awards may be their debut as a couple. Gomez’s fans have been keeping a close eye on signs of these two as a couple. So far, they’ve noticed that The Weeknd’s ex, Bella Hadid, unfollowed Gomez, and the “Starboy” singer has liked a couple of Gomez’s posts.

A couple days ago, Selena Gomez had posted a picture with Justin Stirling, who happens to be a very close friend of her on-again-off-again ex, Justin Bieber. Some guessed The Weeknd may be upset or jealous, but that doesn’t seem to be the case. Us Weekly reported that the new couple were spotted on a date Monday (February 6) night. They were having dinner at Tower Bar and Restaurant, a celebrity hot spot in West Hollywood’s Sunset Tower Hotel. The two were holding hands when they exited the restaurant and got into a car together. 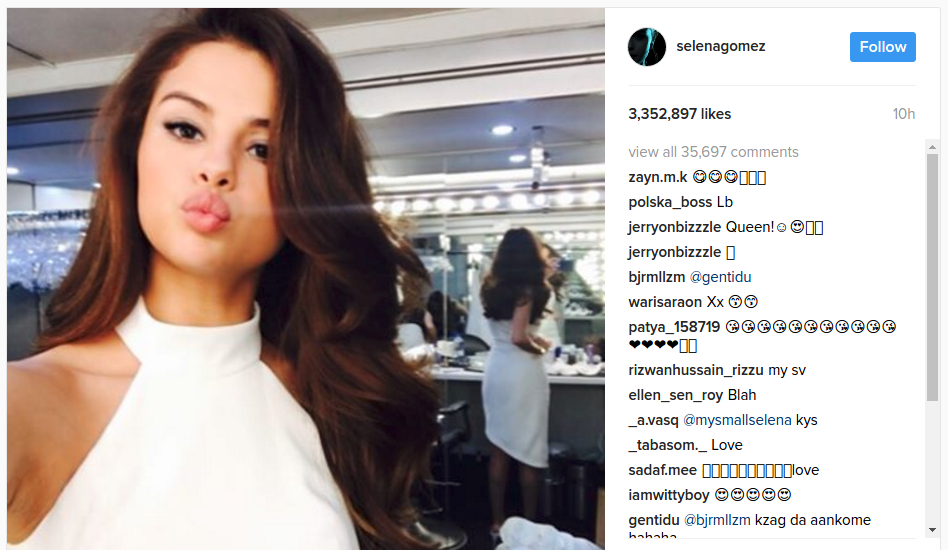