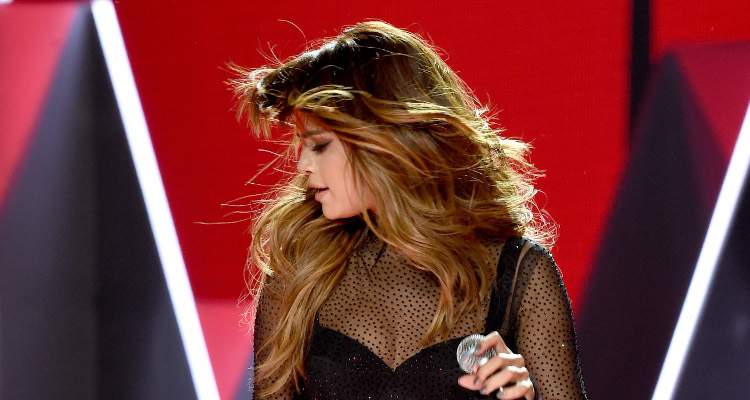 Fans of Selena Gomez have had the luxury of seeing her grow up into the successful young woman she is today. Through her TV shows, movies, and music, we’ve had an inside look into her life. Now, the beauty is making headlines that will make all Jelena fans excited! Selena Gomez’s net worth is estimated to be a whopping $60.0 million, and we have a breakdown of it right here.

We’ve had the privilege of seeing the very profitable Selena Gomez’s net worth increase with her status, and both her personal growth and bank account have come quite a long way in her 25 years. In that time, she was romantically linked with some very illustrious names, most recently being with hit singer The Weeknd. But the two have reportedly broken up, and Gomez seems to have rekindled things with Justin Bieber.

The two were spotted having a casual breakfast, and were caught on camera enjoying a candid bike ride. Does this mean that The Weeknd is out of the picture?

Selena Gomez is a musician, designer, and brand ambassador. But it was through her early roles as an actress that we were first introduced to this Texas-born sweetheart. By averaging out her wealth through several sources, the best estimate for Gomez’s net worth is approximately $60.0 million.

Early Years in the Spotlight

We first saw Selena Gomez as young Gianna on Barney and Friends. She was still a child then, and the role lasted  between 2002 and 2004, during which she made 14 appearances. Her standout TV role, however, came a few years later when she starred in the Disney channel show The Wizards of Waverly Place. From 2007 to 2012, she appeared in 106 episodes, including two Wizards of Waverly movies. She also made cameos in other TV shows and movies including Hannah Montana and Spy Kids 3D: Game Over.

But it was her role as Alex Russo in Wizards that really put her on the map as a child actor. She was reportedly paid $30,000 for each episode, meaning that in just over five years, she made about $3.0 million —all before she was 20 years old!

From Disney to Music and Movies

Now that she had her star and made more money than most adults twice her age, Selena Gomez expanded her brand. Music became her next venture, and it certainly paid off. In the coming years, she released three albums with Selena Gomez and the Scene, two solo albums (including her last chart-topping Revival album in 2015), and a best-of album that ended up being her last with Hollywood Records. Gomez’s joint album sales total an estimated $3.0 million.

No matter what venture Gomez veered off to (and there were plenty), she always seemed to return to acting. She lent her voice to 2012’s Hotel Transylvania (as well as its sequel), starred in a dual role for 2011’s Monte Carlo, and took a risk by playing a more mature role in the Harmony Korine-produced Spring Breakers, which co-starred James Franco, Vanessa Hudgens, and Ashley Benson.

Of course, Selena Gomez couldn’t just stop there. She became a bonafide star in Hollywood and understood how she could leverage that title into more opportunities, and eventually, more money. She launched her Dream Out Loud clothing line in 2009, partnered with ID Perfume, to launch her first fragrance in 2011, and later signed a licensing deal with the perfume company Adrenalina (although they tried suing her for backing out of an endorsement deal when their business was failing). Her most recent endorsement deal was as a spokesperson for Pantene, which she signed in the summer of 2015 for a reported salary of $3 million.

She’s also worked with several other mainstream brands, including OPI, Apple (to promote the iPhone 6S), and Beats by Dre.

In total, Gomez had four major endorsement deals, released 11 singles and five albums, and started her own clothing line. That seems like a lot for someone who just barely hit her mid-20s. At 19, she showed some serious savviness as an investor and creative advisor for the L.A. startup, Postcards on the Run, a photo-sharing app. She said she invested her money in the project because she“felt like it had meaning.” In 2012, it was reported that just one Facebook post from Gomez lead to 20,000 downloads in a single day.

Despite the success Selena Gomez has seen so far, it’s safe to say that her most successful and profitable days are likely still ahead. This year has been particularly difficult for the young star, as she went through a lot of physical pain. Her 2015 Lupus diagnosis is something she continues to struggle with. She received a kidney transplant this year, which was donated by her friend Francia Raisa.

On the music front, her Revival album also earned her credit as a more serious artist, and she has furthered her movement into philanthropy. She supports the Malala Fund, UNICEF, Ryan Seacrest Foundation, and ALS Association, just to name a few.

Expect Selena Gomez’s net worth to continue to rise with her star power. Though there will always be things about the star that will remain a mystery, she has proven to be a bankable entertainer and ambassador. Don’t be surprised to see a few more zeros in her bank account!