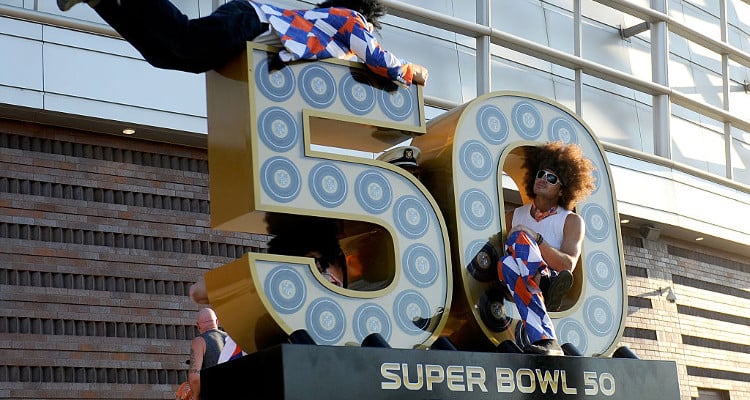 Make sure you’re prepared for a Super Bowl party like no other. The New England Patriots are getting their chance at redemption when they take on the Atlanta Falcons at Super Bowl 51. Here’s the Super Bowl schedule.

The New England Patriots and their star quarterback Tom Brady are one game away from getting redemption. The 2016 season has been tough on the Patriots who were fighting the Deflategate scandal. Tom Brady ended a four-game suspension last year to play against the Pittsburgh Steelers in the AFC Championships. The Atlanta Falcons defeated the Green Bay Packers in the NFC Championship to advance to the Super Bowl tomorrow. One of these teams is a step away from becoming this season’s NFL champions. It’s a game you can’t miss! We’ve got the schedule for Super Bowl 2017 including what date, time, and TV channel the game is on so you can make sure your Super Bowl LI party is ready.

What Date and Time Is the Super Bowl?

Super Bowl LI will be held at the NRG Stadium in Houston, Texas on Sunday, February 5. The game kicks off at 6:30 p.m. EST. The New England Patriots will have another chance at the title as they take on the Atlanta Falcons. With a not-to-be-missed halftime show, and some of the best commercials from our favorite companies, it is not to be missed!

How to Watch Super Bowl LI

Fox will air the Super Bowl live on February 5. This year’s announcers include Joe Buck who will give a play-by-play of the game, Troy Aikman on analysis, and sideline reporters Erin Andrews and Chris Myers. You can also live stream the Patriots play against the Falcons on Fox Sports Go.

Fox Sports Go can be used to stream the game online on iOS, Android, Windows, and Amazon tablets as well as through connected devices, including Apple TV, Roku, Android TV, Chromecast, Amazon Fire, and Xbox One.

Lady Gaga sang “The Star Spangled Banner” at the Super Bowl last year, and though her fans were glad to see her, they were a little disappointed as they didn’t get enough of Mother Monster. Little Monsters everywhere have reason to be happy this year. While country music legend Luke Bryan will sing the national anthem this year, the “Perfect Illusion” songstress will perform at the Super Bowl Halftime show.

Gaga had taken to her Twitter to announce taking the stage in Houston at the Pepsi Super Bowl LI Halftime show. But she has some more exciting news for her fans that will be revealed following the Halftime show. A few days ago, Gaga retweeted a message from one of her fan pages, saying that her concert will be announced after the halftime show.

Gaga dropped her chart-topping album Joanne in October last year and has been busy promoting it. She was also spotted in a studio for her first recording session this year, seemingly working on the music for her debut movie, A Star is Born.

Lady Gaga's tour is already booked and to be annoucenred after the #PepsiHalftime Get your coins ready! pic.twitter.com/xBBFKKcmU1

With the New England Patriots looking to put their scandals behind them and the Atlanta Falcons aiming for a second Super Bowl victory, Super Bowl 51 promises an epic showdown. Find out who wins the NFL championship in Super Bowl LI on February 5, at 6:30 p.m. EST on Fox.