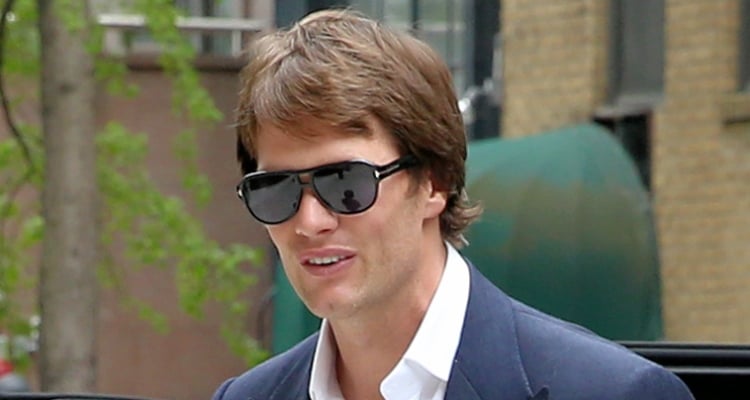 The Internet is going wild over Tom Brady’s new haircut, wondering if it was inspired by the ‘90s! The Super Bowl MVP’s super model wife, Gisele Bundchen, must be impressed with Tom Brady’s new look because love is blind right? Unfortunately for Brady, the mockery over his hairstyle is going viral. Tom Brady’s haircut has been compared to Saved By the Bell’s Zack Morris and a ‘90s version of Matt Damon (anyone remember Good Will Hunting?) No matter what style Brady chooses (he’s notorious for experimenting with his hair), he’s still one of the greatest quarterbacks in the history of football! Here are some interesting facts about him.

He’s Married to a Brazilian Model

Tom Brady and Brazilian fashion model and actress, Gisele Bundchen, tied the knot in 2009. She is one of the highest paid models in the world, and was named the 16th richest woman in the entertainment industry in 2007. When asked by Access Hollywood about his marriage, the 38-year-old QB was honest about their ups and downs, but expressed it took a lot of hard work to maintain their strong bond. He said, “I’m blessed to find this life partner that we all kind of seek at different times in our life. We found each other at the right time. We’ve been through a lot of ups and downs together, and in so many ways, that’s kind of built our relationship so strong.”

He Has a Child with His Ex-Girlfriend

Brady and Bridget Moynahan had a long relationship that ended late 2006. In August 2007, she gave birth to their son, John Edward Thomas Mynahan. In an interview with CBS This Morning, Bundchen revealed she considered leaving Brady after finding out his ex-girlfriend was pregnant with his child. “It was a challenging thing because I am, you know, thinking, I’m dating this guy, we met, and we started dating and everything is great and then this happens. So, then I felt like I didn’t know what to do. It was kind of one of those moments of like, ‘Do I just run away?’” In the end, she decided to stick around.

On January 18, 2015, the NFL began looking into the Patriots’ use of delated footballs, when they won the match over the Colts during the AFC Champtionship Game. Two days later, the NFL found 11 footballs used by the team that were underinflated below the 12.5-13.5 pounds of air required. The coach, Bill Belichick denied any knowledge of the events during the 23-minute conference on January 22. Tom Brady also denied having anything to do with it.

The investigations and denials continued until May 6, when evidence revealed an equipment assistant and locker room attendant participated in releasing air from the balls, and it was highly likely Brady was at least generally aware of the activities of Jim McNally and John Jastremski.

On May 11 the NFL suspended Brady without pay for four games for violating the integrity of the NFL games. According to a report on the NFL, The Patriots were fined $1 million and had to forfeit a 2016 first-rounder and 2017 fourth-round selection.

On Tuesday, August 30, the New England Patriots QB attended a press conference about his suspension, and this is where his new hairstyle made its debut.

He Played in the Preseason Finale

Tom Brady’s wish came true on Thursday, September 1, when he got to play the entire first half of the Patriot’s preseason finale game against the New York Giants. Sadly, for Brady, this will be his last time on the field for a while.