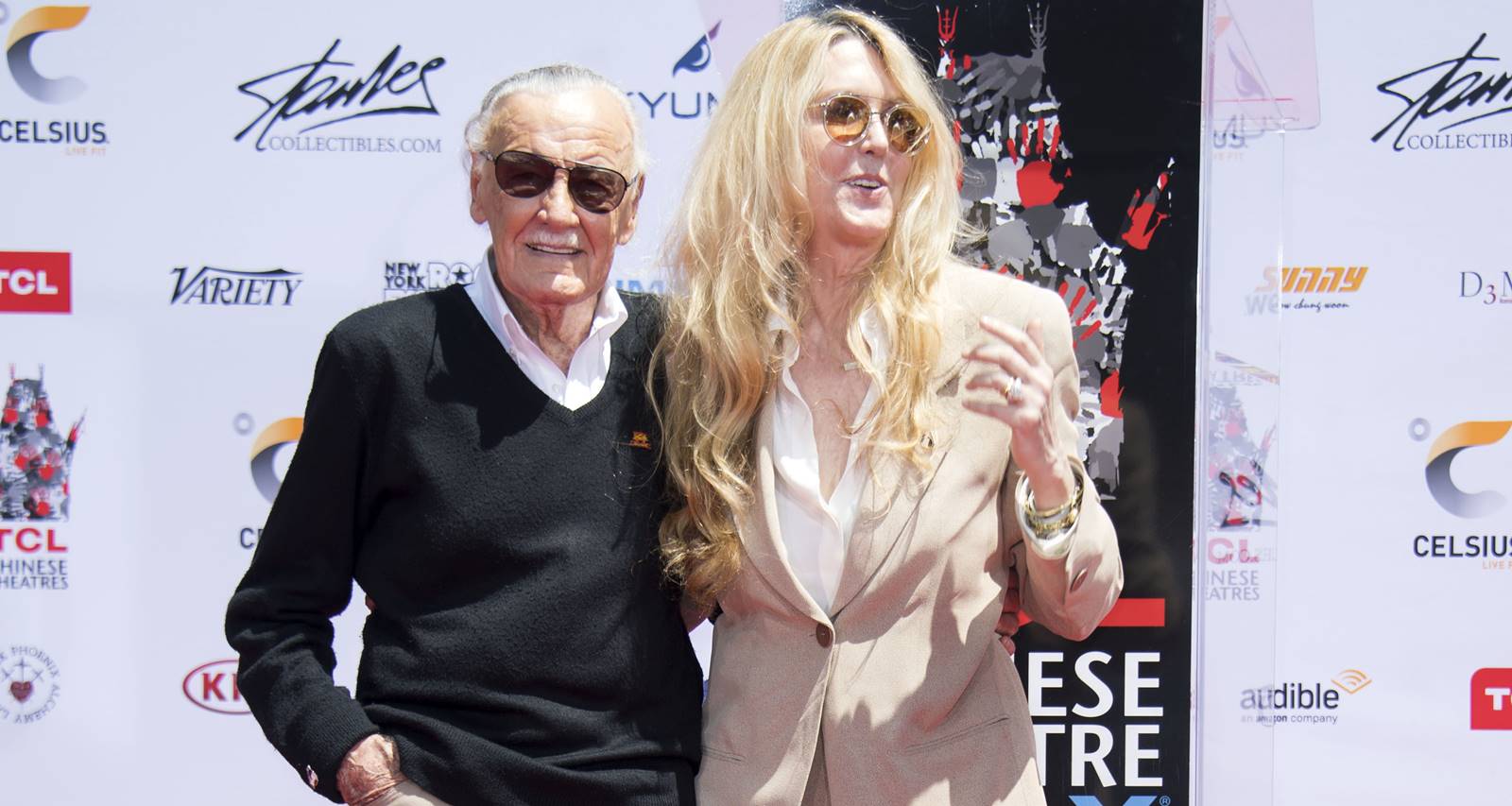 Comicbook legend Stan Lee passed away in 2018, a year after his wife, Joan Boocock Lee, passed away. Their sole survivor is their daughter, Joan Celia Lee, who goes by J.C. Lee. Since her father passed away, J.C. Lee has been fighting to preserve his legacy. But she’s had her fair share of controversy, too. Our Joan Celia Lee wiki has all the details known about Stan Lee’s daughters, both surviving and deceased.

J.C. Lee Had a Sister

Another daughter they named Jan Lee was born in 1953. Sadly, she died only three days after delivery.

J.C. Lee Is an Actress and Producer

J.C. Lee grew up hero-worshiping her father, and still does today. She is totally in awe of him, both as a father and the creator of many superheroes at Marvel Comics.

She says, “I mean, my father’s really a showman. He studied acting. He needed to support a family, and he always was with the written word: he can recite anything by Shakespeare, by Rudyard Kipling, I mean, he’s really a man of the word. He’s a good man. He’s a hard, hard worker.”

She used to model and was an actress. She has acted in some movies like The Cool World and The Ambulance. J.C. also voiced a character in the Iron Man TV series.

Stan Lee’s daughter is an artist of sorts, as she loves to design, paint, write prose, perform ballet, and even sing. This talent and passion come from the fact that she has always loved books.

Photo-op with daddy #StanLee at #CCPS2016! #fatherdaughter #family #together

J.C. Lee worked for Marvel in various positions and learned how to do layouts and paste-ups. She loves to stay home and do the creative things she loves.

She is a very creative person, getting those genes from her master storyteller father and creative mother. In 2015, J.C. launched a playable app called “Raising My SuperKids” and released a photo book titled It’s All About Love: The Stan Lee Family.

J.C. believes that the app is very positive and encouraging and will make people feel good about themselves. Users can work on a project of their choice, which, she says, will make them a stronger and better individual. It’s obvious that she cares about people and wants to create happiness in their lives through her colorful and fun app.

J.C. considers her photo book “a labor of love” and a tribute to her parents who were in love and married for 69 years. She feels that she is the luckiest person in the world to have her parents.

“I have two incredibly talented parents—and part of my joy has been watching them. And just being this, you know, it’s like watching a love story. It’s been such a joy. And I’ve gone into the world, and I’ve traveled, and I’ve done my art, but I’ll tell you: I’ve never found anything better than my parents—and their talent and genius, and their love story. And their attitude: who they are, and how they think.”

J.C. is also a producer, though much of her credits aren’t known. She’s featured prominently in the news in connection with Stan Lee’s estate and intellectual property.

J.C. Lee Was Accused of Elder Abuse against Stan Lee

In April 2018, a Hollywood Reporter piece published a year after Joan Boocock Lee’s death revealed the shocking details of a declaration signed by Stan Lee. The document alleged that the comic book icon was a victim of elder abuse. His former business manager, Keya Morgan (who was later arrested on charges of elder abuse in May 2019), was named in the declaration as one of three men who “had insinuated themselves” into J.C.’s life in a bid to take advantage of the Lees’ wealth.

The same article also painted a picture of J.C. Lee as reckless and irresponsible. According to the outlet, J.C. tended to overspend and had bouts of ill temper, during which she allegedly verbally and physically abused her parents.

Furthermore, the piece claims J.C. and Morgan worked together to isolate Stan from associates shortly after the declaration was notarized.

In an interview, Stan and J.C. denied the elder abuse accusations. Stan claimed that while he and his daughter had had their fair share of spats, they weren’t abusive and the accusations against her were leveled by Morgan.

Since Stan Lee passed away on November 12, 2018, J.C. has acted on behalf of her father’s trust. In September 2019, she filed a lawsuit against POW! Entertainment over Stan’s intellectual property.

Stan had dropped the case against POW! before he died. But after J.C.’s team of legal experts looked into the extent his intellectual property had been exploited, she took legal action against the organization.

In the intense Disney-Sony negotiations over Spider-Man, J.C. famously sided with Sony. “Marvel and Disney seeking total control of my father’s creations must be checked and balanced by others who, while still seeking to profit, have genuine respect for Stan Lee and his legacy,” declared J.C. in an unfiltered statement.