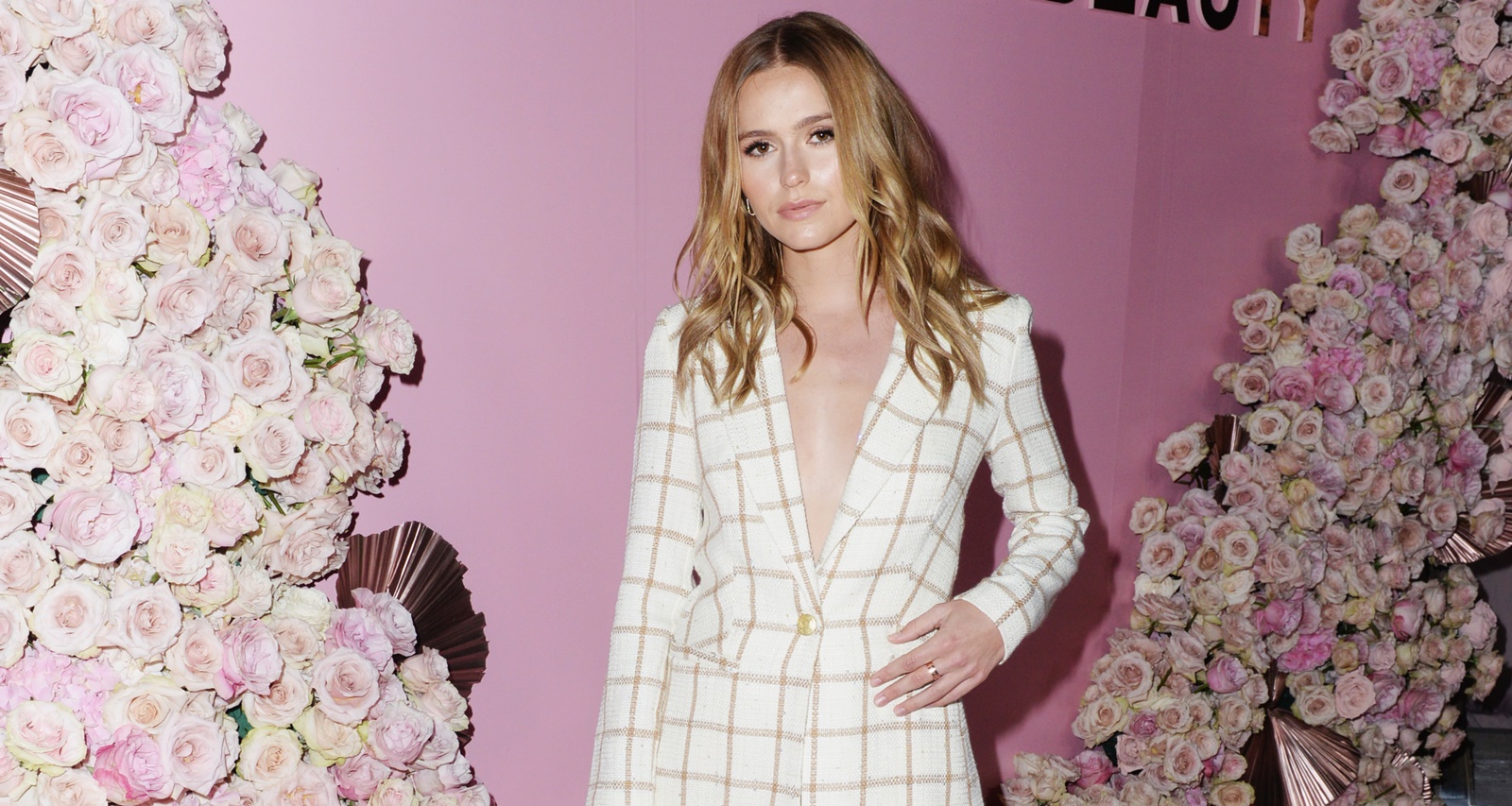 Her dad may be the one who owns the Milwaukee Bucks, but it’s Mallory Edens who has the knack for attracting attention wherever she goes. Not surprisingly, at the Thursday night (May 23) Game 5 of the NBA Eastern Conference Finals between the Toronto Raptors and the Milwaukee Bucks, much of the attention was on the young woman and her supposed date, NFL quarterback Aaron Rodgers. We explain that and more in Mallory Edens’ wiki.

Mallory Edens was born on April 18, 1996 to Wes Edens and his wife, Lynn Edens. Wes Edens is a familiar name since he’s the co-owner of the Milwaukee Bucks together with Marc Lasry.

Wes Edens is the founder of the private equity firm, Fortress Investment Group. Forbes estimates Wes Edens has a net worth of over $2.5 billion!

Wes and Lynn Edens are parents to four children, including Mallory. Their other daughter, Madison, is also a show-stealer wherever she goes.

In 2019, Wes expanded into the eSports genre by acquiring the League of Legends team, Cloud9. He appointed his son, then 24-year-old Ryan Edens, to manage the team.

Mallory Edens was raised in New York City, where she attended Trevor Day School. She went on to attend Princeton University, from which she reportedly graduated recently.

At Princeton, Edens was on the track and field team. She competed in cross country, posting a personal best of 11:02.03 over 3,000 meters.

Mallory Edens continues to run, but now for causes close to her heart, and not just for competition. A long-time supporter of Girls on the Run International, Edens ran the LA Marathon to raise funds for the nonprofit.

Hi friends!! I have a favor to ask: I’m running the LA Marathon this year to raise money for @girlsontheruninternational — an organization that I have volunteered with for a couple of years now, and which is one of my favorites in the world — and would be so grateful if you could help support my fundraising effort. The link is in my bio, and if you swipe through you can read a little bit about GOTR (though I think the lil video also speaks for itself :)❤️). I love this organization and I really really love these girls. No donation is ever too small! Lots of love ❤️❤️❤️.

Mallory Edens’ Instagram, with over 134k followers, offers a peek into her life, which looks magnificent, to be honest. Back in 2017, when a Twitter user was in awe of her seemingly living the high life on her dad’s money, Edens was quick to point out that she’s also a Princeton student.

Haha bro I do go to Princeton, social media is an extraordinarily narrow window into peoples' lives. Try not to forget it 💗😘 https://t.co/OONl6RRNaG

Mallory Edens Represented the Bucks at the 2014 NBA Draft Lottery

When she was only 18 years old, Mallory Edens garnered significant attention at the 2014 NBA Draft lottery in New York. Wes Edens’ daughter represented the Milwaukee Bucks on stage, when the Cavaliers won the draft lottery.

Marc Lasry’s son, Alexander Lasry, was also present that night, but it was Mallory Edens who won the Internet. Shortly after her debut into NBA society, her social media following skyrocketed. Madison Edens was also present at the event, but was happy to cede the stage to her photogenic sister.

And to think Mallory thought her father was joking about representing the franchise during an ESPN broadcast. “He sort of brought it up in passing one time and I though[t] he was joking and then here I am, so I suppose it wasn’t a joke,” Mallory said.

Mallory Edens was a focus for attention at Thursday night’s game, which saw the Toronto Raptors win over the Milwaukee Bucks 105-99. She was sitting alongside Green Bay Packers quarterback, Aaron Rodgers, fueling speculation that they are dating.

Edens seemed to take a dig at the people who think she’s dating the NFL-er on Instagram. She shared a picture of herself and Rodgers from the game, captioning it with heart emojis. Except when you scroll right, she’s turning the focus on the woman seated behind her getting some much needed hydration.

And let’s not forget that Rodgers is currently in a relationship with NASCAR legend, Danica Patrick. So him sitting next to Edens probably means nothing more than just supporting the local team.

Romance rumors aside, there was another reason all eyes were on Mallory Edens. The Bucks’ oldest daughter was sporting a t-shirt with Pusha-T’s image on it. A well-played dig at Pusha-T’s rival and Toronto Raptors’ superfan, Drake.

Drake got the last laugh though, not only with the Raptors winning the game, but also by extending this little trolling battle on Instagram. Mallory Eden got a special mention in Drizzy’s Instagram stories, with him changing his Instagram profile picture to one of Eden. Yup, that’s some elite trolling right there. 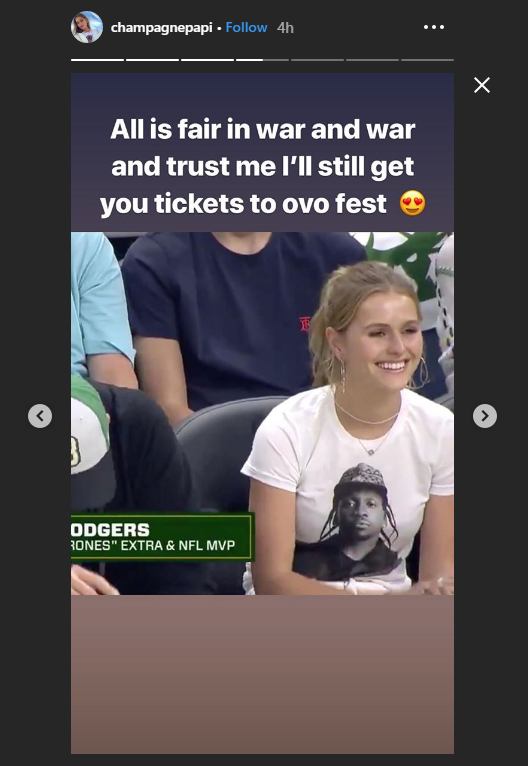