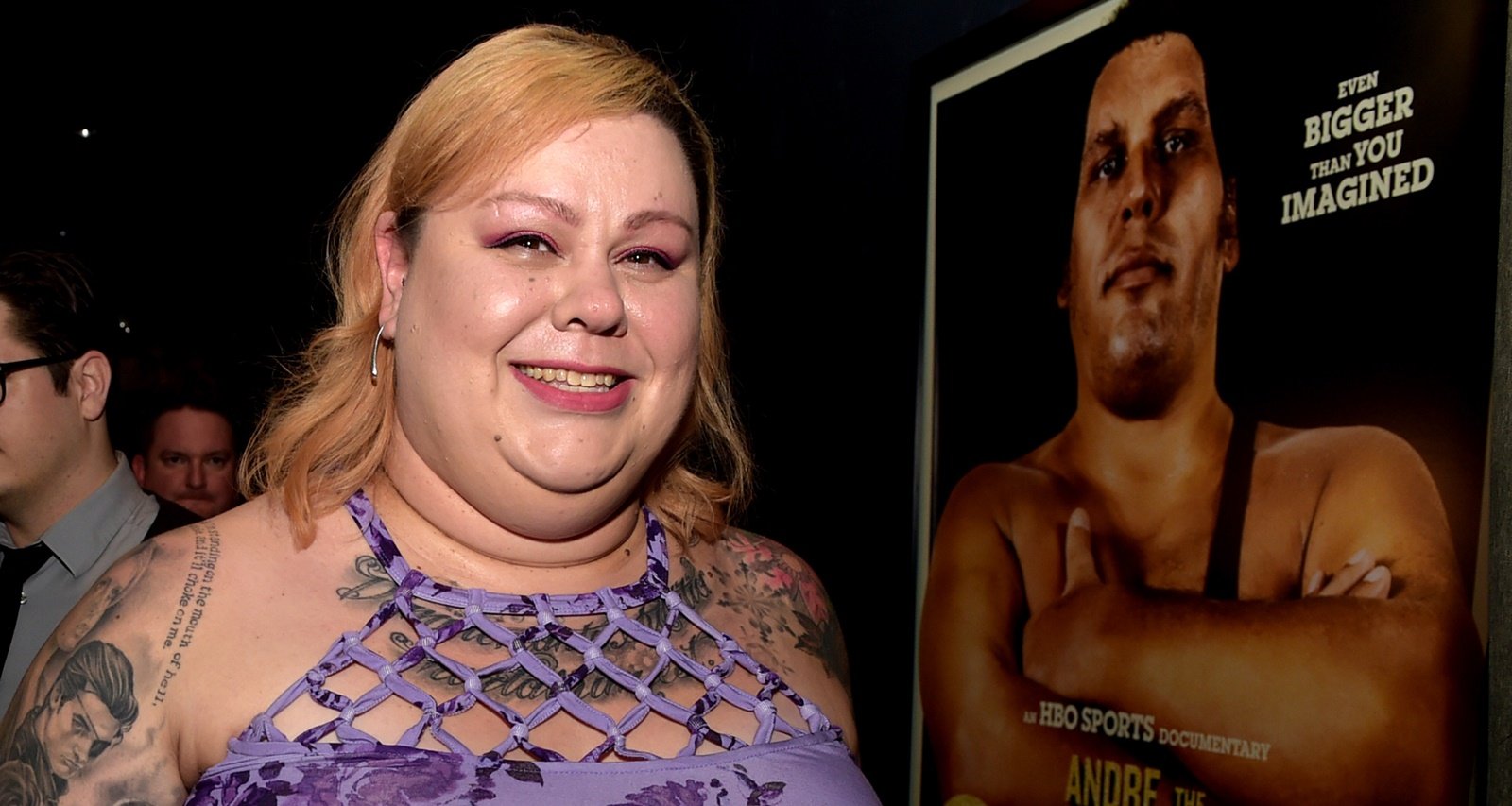 Robin Christensen Roussimoff Was Estranged from Her Father

Robin Christensen Roussimoff was reportedly born in 1979. She’s the only daughter of Jean Christensen and André René Roussimoff, better known as the French wrestler, Andre the Giant.

Andre’s massive build was the result of a condition called acromegaly that produces excess growth hormone. There have been various rumors about his health and personal life, but Andre lived life on his own terms while focusing on wrestling.

Wrestling was also the reason he wasn’t around his daughter for the better part of their lives. Andre’s relationship with Jean Christensen is the only reported romance in the Princess Bride actor’s life.

Jean, who reportedly passed away in 2008, met Andre in the early ’70s when she worked in public relations for the wrestling business. She gave birth to their daughter, but it seems Andre initially didn’t accept that he was a father. Acromegaly could make one unable to have children, so Robin’s birth might be considered something of a miracle.

Robin claimed that her earliest memory of Andre was at a doctor’s clinic when they were getting a paternity test. After it was proven that Robin is indeed Andre’s daughter, they would meet again in court to discuss child support payments.

Andre spent his entire adult life on the road for his wrestling gigs. Robin says she only saw her father a handful of times when the then-WWF had events in the town.

When Robin was around 10 years old, she was offered the opportunity to visit her father at his ranch. But the thought of going to North Carolina without her mother, staying in an unfamiliar place with a man she barely knew, intimidated her and she backed out of the plan.

The last time Andre and Robin spoke on the phone was during Christmas of 1992. Andre passed away on January 23, 1993 of congestive heart failure. He died in his sleep at a Paris hotel room, shortly after attending his father’s funeral.

Robin and her mother found out about his death a month later from his lawyer’s message on their answering machine. She was devastated and couldn’t bring herself to attend either of his two memorial services.

One of the highest-paid wrestlers in history, he divided his massive estate among three people in his last will. He left a flat sum of money to the caretaker and wife of his Ellerbe, North Carolina ranch. The rest of his earnings and possessions went to Robin, his only child.

Robin Christensen tends to stay away from her father’s spotlight. She reportedly resides in Seattle, but travels the country to attend Comic Cons where she represents her father.

She inherited some of her father’s features, including her six-foot build. But it’s unclear if she has acromegaly.

Besides her appearance in the recent documentary on her father, Robin also had headshots taken when she was promoting Brandon M. Easton’s book, Andre the Giant: Closer to Heaven.

There’s no word of her relationship status. Robin once confessed that people tend to stay away from her or hurt her once they find out she’s Andre the Giant’s daughter, so she doesn’t date much.

Robin Has a Professional Relationship with WWE

The WWE tries to keep Andre the Giant’s legacy alive with the Hall of Fame created in his honor in 1993. Andre the Giant made WWE a wrestling promotion powerhouse before his death. So they owe quite a lot to him.

WWE continues to evoke Andre’s name for a number of events and pays royalties to Robin for them. She has a say in the licensing of Andre the Giant’s name in any form, such as video games and action figures.

At a Comic Con appearance, Robin reportedly said that she has a strictly professional relationship with the WWE where they only pay her the royalties and there’s no other contact with them.

So there’s seemingly no chance that Robin will follow her father’s footsteps. And the rumors that she was joining Smackdown fizzled out, too, though she did make an appearance backstage in February 2017.

Robin apparently doesn’t think very highly of the WWE today, either. Opining, per reports, that Vince McMahon Sr. was a better man than his son, she said her father wouldn’t have made it in the WWE today.

She said WWE today focuses more on promos and has become too “soap opera-esque.” She added that most wrestlers signed under the promotion aren’t as good outside.

Though she was disconnected from her father and the wrestling business, she did contact people in her father’s wrestling circles later in life to learn more about him as a person. Incidentally, she found out more about Andre through his Princess Bride costars. While Chris Sarandon told her a lot about her father, she says Cary Elwes became one of her good friends and still keeps in touch with her today.