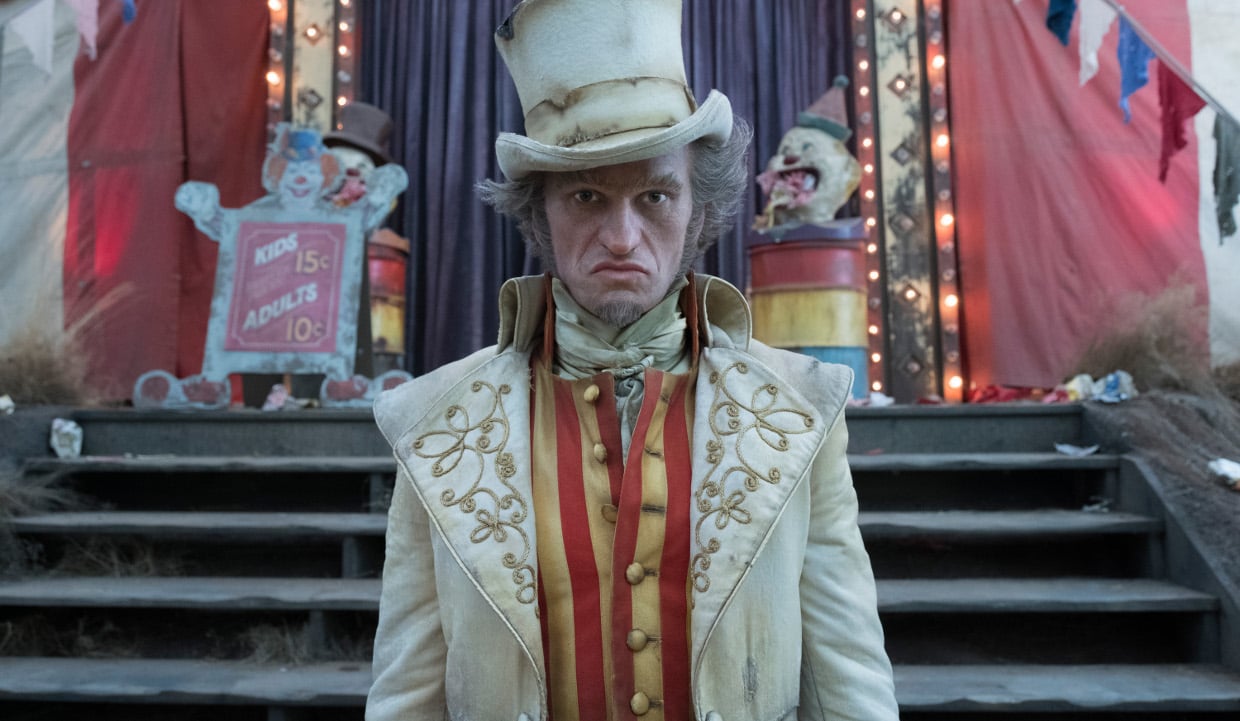 We explain A Series of Unfortunate Events ending and answer the all-important question: Is the Baudelaire saga a true story?

A Cliff-Hanger of Epic Proportions

Count Olaf staged his own murder and framed the Baudelaires for it! The kids, now wanted fugitives, are on the run while donning outrageous disguises at shady carnivals.

At the Caligari Carnival, the kids are dressed as circus freaks—Violet and Klaus as a two-headed human and Sunny as a wolf-child. In their search for answers about their next guardians, they meet Madam Lulu.

Madam Lulu is really V.F.D. (Volunteer Fire Department) agent, Olivia Caliban in disguise and reveals that someone else survived the fire, too. She tricks Olaf into believing that one of the Baudelaire parents are alive. She says that the survivor is hiding in the Mortmain Mountains, the location of the secret V.F.D. headquarters.

When Olaf deviously and theatrically tries to feed Violet and Klaus to lions, Caliban sacrifices herself by taking their place. Caliban gets eaten by lions during Olaf’s show while the Baudelaires escape.

When the children try to collect the confidential V.F.D. material from Caliban’s tent, Olaf and his goons corner them. The kids are forced to burn down the tent and the rest of the circus with all the papers from V.F.D.

Olaf then locks the older kids in a circus trailer and takes Sunny in the car. The vile count and his troupe drive with Sunny through the mountains to the V.F.D. headquarters while towing the trailer.

On the way up the perilous mountain pass, Olaf reveals to the kids that he knew the two-headed circus freaks were Klaus and Violet all along. At his cue, his troupe members begin cutting the rope that’s tied to the trailer!

With the rope is severed, Klaus and Violet watch in horror as their trailer rolls backward while the car with Sunny drives off. Their trailer reaches the edge of a cliff, and that’s where the season ends! Gasp!

Also Read: A Breakdown of that Post-Credits Scene in Netflix’s Ravenous

There’s a lot of figurative and literal connotations in the season’s ending. Olaf is “cutting all ties” with the kids, and it doesn’t mean he’s just cutting the rope!

Olaf killed Jacques Snicket (Nathan Fillion), a man who knew a lot of his secrets and how he passed Jacques’ corpse as his own to frame the Baudelaires. And once Violet and Klaus are dead (don’t worry, they won’t die just yet), he’s a free man.

Count Olaf would no longer be accountable for his crimes and will be free to be as theatric as he wants. Well, not really. He still can’t audition for any theater productions.

Nevertheless, he’s successfully made the world unlivable for the Baudelaires, who now have to live like fugitives. To top it off, he’s driven them to commit heinous things that only someone like Count Olaf is capable of.

In the same buildup, we saw Larry the Waiter radio someone that “the survivor of the fire is headed to headquarters.” Who could this survivor be?

We’re pretty sure that it’s not either of the Baudelaire parents. If you watched the entire season, you’ll know what we’re talking about.

There’s another entity speculated to be a third Snicket, who was in that fire and survived with the kids. We’ll know more when the show returns with season 3.

Also Read: What Was That Terrifying Monster at the End of Netflix’s Ritual?

Is A Series of Unfortunate Events a True Story?

The dark humorous take on child endangerment might be the most entertaining Netflix show you’re guilty of loving. But surely, you wouldn’t want to be in the Baudelaires’ shoes! Neither do you ever want to meet someone as evil as Count Olaf.

If you haven’t caught up with it yet, the show and Jim Carrey’s movie of the same name, are based on a series of novels by Lemony Snicket (the pen name of Daniel Handler). It follows the three Baudelaire children whose parents die in an unexpected fire.

The kids escape their vile guardian, Count Olaf, who’s after their inheritance, and they bounce from one guardian to another. Their guardians all meet horrific ends at the hands of Olaf while the kids try to uncover the mystery behind their parents’ deaths.

Also Read: Find Out the Meaning Behind the Ending of Devilman Crybaby Here

While A Series of Unfortunate Events is not exactly a true story, it is inspired by another famous person’s misfortunes.

Our heroes are named after Charles Baudelaire, a 19th-century French poet.

“Because I am fond of the poet Charles Baudelaire, whose most famous work is The Flowers of Evil, a cycle of poems that discusses dreadful circumstances and finds beauty in them,” Handler said in an interview.

The poet famously went through a series of misfortunes in his own life. And Handler thought it would be “interesting” if a trio of helpless kids went through endless ups and downs of their own.

A Series of Unfortunate Events season 2 is available for streaming on Netflix now! Season 3, based on the final four books of the series, is currently in the works.