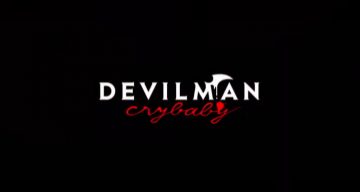 Devilman Crybaby is Netflix’s Japanese anime series based on Go Nagai’s manga, Devilman, and has taken the audience by storm. The 10-episode masterpiece shows a fierce battle between humanity and demons who suddenly rise to power after a long overhaul. With a taut narration, Devilman Crybaby shows the impact of an impending apocalypse. Through a nerve-wracking breakdown of bloodshed, death, and trauma, the series ends with a complete washout of humans from Mother Earth. Devilman Crybaby’s ending has left fans trying to decipher its hidden meaning.

The Saga of Devilman Crybaby

Devilman Crybaby, Netflix’s revered anime series, first premiered on January 5, 2018. It is directed by Masaaki Yuasa and written by Ichirō Ōkouchi. The series is based on Go Nagai’s well-known manga, Devilman.

In the series, Akira, the main lead, is informed by Ryo Asuka, his best friend, that the world is soon going to be taken over by hidden demons. Ryo also informs him that the only way to fight them would be for Akira to become one with the devil.

Akira, who trusts Ryo fully, soon follows his words and fuses into the body of a devil. He, however, retains his human soul, despite being blessed with demonic powers. Through a traumatic series of death and loss, Akira, an otherwise feeble boy, is shown fighting evil with all his might.

Devilman Crybaby season 1 ends with a complete washout of humanity and the revelation that Ryo is Satan himself. The tragic ending to the series has left many in a state of shock, with fans also criticizing its dark and rather hope-devoid finale.

Devilman Crybaby ends on a sour note, with Earth being reduced to nothing. Akira, the main character, loses all his loved ones, including Miki Makamura, the love of his life, and her younger brother Taro, who he fights to protect throughout the episodes.

Through plots of cannibalism and killings, everyone sees Ryo, who is Satan himself, brooding the loss of Akira, his lifelong love. Ryo’s tears and sadness symbolize the good side of evil, leading one to believe that not all that appears bad is indeed so.

However, the washout of humanity and its depiction as a feeble race points out the ultimate doom that awaits us all. Maybe Devilman Crybaby’s sad ending is a subtle hint for humans to mend their ways before our self-created demons rise above and destroy us all.

Will There Be a Season 2 of Devilman Crybaby?

Netflix hasn’t yet confirmed on season 2 of Devilman Crybaby. But given its popularity, a second round of the web series is pretty much expected. However, since season 1 ended in a gloom that can’t possibly be explored further, its newer seasons might carry different storylines altogether.

It is expected that the next season of Devilman Crybaby might adapt to the manga’s remaining scripts such as Devilman Lady, Devilman Saga, or even the original Devilman anime from 1972.

With a bitter-sweet ending though, the Netflix masterpiece leaves us waiting for more. Most of Devilman Crybaby’s reviews also want more of the series.

So, it only seems fair that the makers put their thinking caps on and prepare for a second season!