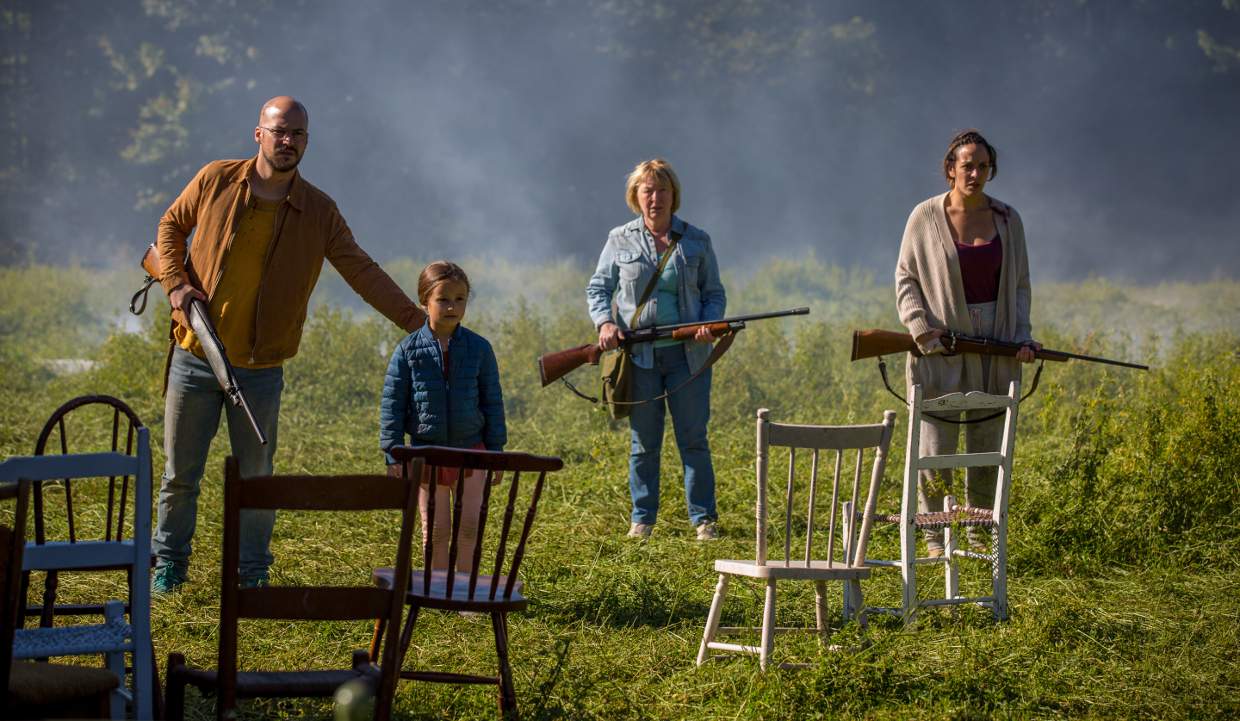 Netflix premiered its new thriller zombie movie, Ravenous, on March 2, 2018 and viewers can’t stop talking about it. People are especially discussing the meaning of Ravenous’ post-credits scene, which is a bit mysterious and different. Are you also confused by it? Keep reading to find out what the ending of the movie really means!

Once again, Netflix has a winner on their hands with the Canadian horror film, Ravenous. It premiered on Friday, March 2, 2018, for audiences outside Canada. Originally titled “Les Affamés,” the movie was initially released in Canada and received great reviews and much appreciation.

Ravenous shows the residents of a small town in rural Quebec as they deal with a zombie-like outbreak that has probably already overrun Canada’s other cities. The movie has already received several awards and has been nominated for many more, which is one of the reasons Netflix acquired the film for its viewers.

Despite the recent influx of zombie movies at the box office, Ravenous is chilling and has enough new material and themes to give it a fresh feel. It’s ending has particularly intrigued audiences, as it is weird and unsettling, to say the least.

Many viewers have been thinking about Ravenous’ post-credits scene and are trying to make sense of it.

The symbolic ending of the movie says a lot about human and zombie behavior.

After losing most of their family and fellow humans, the survivors wander out to a field while surrounded by a thick fog. When the fog lifts they find that they are surrounded by zombies who are silently worshiping a huge tower of kitchen chairs in the center of the field.

This huge pile of kitchen chairs is like a “shrine” for the zombies, who gather around it and worship it. The humans are discovered, and the horde of zombies closes in to bite and kill them.

The humans make a last stand and fight the zombies. But they are overwhelmed, and only the little girl, Zoe (Charlotte St-Martin), survives the zombie onslaught.

Ravenous returns to the shrine of kitchen chairs after the credits are over. The last humans are shown worshiping it now that they have been bitten and turned into zombies.

In other zombie movies like Dawn of the Dead and Land of the Dead, the zombies retain some human habits, such as gathering at a mall to have a semblance of social life. However, the zombies in Ravenous behave differently.

The Worship of Mundane Objects

They carefully collect ordinary objects that no longer have the same meaning for them, but now they worship and fetishize them obsessively.

The last image of the mysterious ending is that of a parrot perched on this shrine of chairs. This makes a point about the zombie behavior that has been seen in the movie.

The zombies are unable to act human, so they imitate, which leads to repetitive and grotesque acts. Unlike in other zombie movies, where the flesh-eaters retain some of their habits from their human life, in Ravenous, they indulge in this strange obsessive behavior.

Watch Ravenous on Netflix and be prepared for a thrilling and bloody ride!