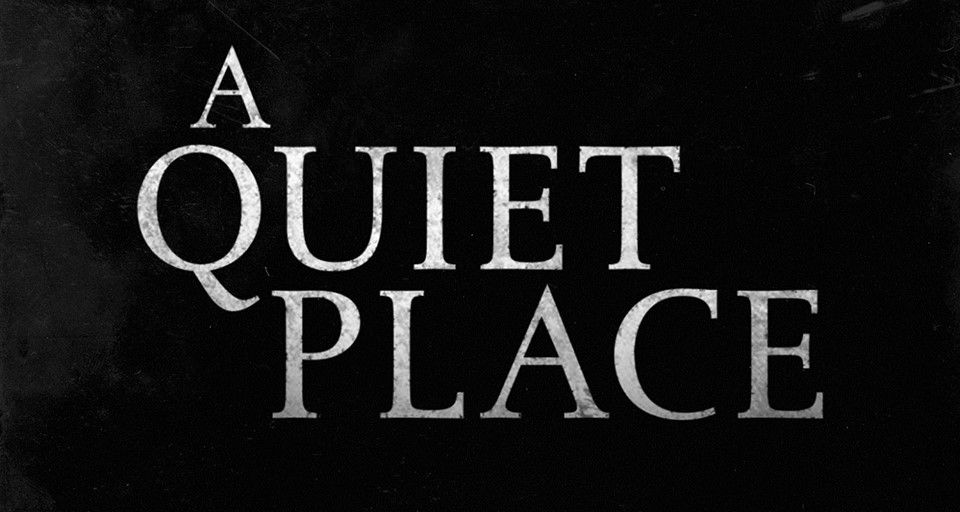 John Krasinski jumped in the director’s chair to pull off one of the best cinematic surprises of 2018. A Quiet Place proved to be an unexpected box office hit! With its unique utilization of the silent genre, movie-goers were on the edge of their seats, particularly at the ending.

What is that monster in A Quiet Place? That’s the question on everyone’s mind ever since the trailer for the horrifying new thriller dropped. It’s theatrical release became an unexpected success warranting a sequel. However, before we are blessed with the sequel, we need to get that ending from A Quiet Place explained. Tread lightly folks, spoilers are afoot.

What Is A Quiet Place About?

If you haven’t seen the movie yet, here’s a primer on A Quiet Place. The film is set sometime in 2020 when a race of sightless, noise-sensitive alien monsters with impenetrable shells have taken over earth.

The aliens destroy anything and anyone that makes a sound. The anxiety caused by the blanket of non-human silence would make viewers hesitate to even eat their popcorn!

In this post-apocalyptic world, the Abbot family have an advantage. Lee (John Krasinski) and his pregnant wife, Evelyn (Emily Blunt) have a hearing-impaired daughter, Regan (Millicent Simmonds). Because of Regan’s condition, the couple and their sons, Marcus (Noah Jupe) and Beau (Cade Woodward) communicate in sign language.

Though they have the skills that are handy when you have aliens on the prowl for loud humans, the Abbots have to stay away from accidental noise too, like crunchy chips. Lee has enabled his family with the necessary survival skills that also includes using louder sounds to mask their movements while scavenging for supplies.

But the gravity of their circumstances is lost to a child’s innocence. Regan finds a toy Beau wanted. The noise from it attracts a monster that kills Beau. Now, a guilt-ridden Regan has a changed dynamic with her family.

Months later, Evelyn goes into labor while her husband and kids are away. And her childbirth doesn’t go smoothly in the basement with a monster lurking close by. (Imagine having contractions in silence?!)

The final stages of the movie begin after Evelyn gives birth, resisting pain and sound. Lee ensures Evelyn and their newborn baby’s safety first before returning to their older children.

With their father momentarily away from them, it was up to Regan to protect her younger brother. And she’s not about to let history repeat itself.

She saves Marcus from drowning in a sea of corn while hiding from a creature stalking them. It’s at this time, Regan makes a discovery.

Her father attempted to enhance Regan’s cochlear implant. However, the device reacts to the proximity of the aliens and emits a piercing high-frequency sound that drives the creature away.

Lee gets Regan and Marcus on a pickup truck and tries to fend off a monster. But a sound from Marcus has the alien heading towards the kids now.

This is the pinnacle where the movie asks us how far are we willing to go for family.

In that heartrending scene, Lee makes a choice and lets out a scream and sacrifices himself. In those few seconds, the kids watch as Lee signs an “I love you” to them and then he’s gone.

The devastated kids make their way to their mother and newborn sibling in the basement where they prepare for a final stand. With nowhere to run, Marcus is huddled with the infant who’s a cry away from attracting savage monsters.

Regan discovers among her father’s notes that her cochlear implant is their key to survival. When the creature attacks, Regan places her implant in front of a microphone to boost its impact.

The high frequency sound unveils the monster in its full glory for the first time in the movie. Underneath that impenetrable shell is an eyeless creature with membranes sensitive to sound.

Unprotected by its shell, Evelyn shoots the creature’s exposed head with a shotgun. And now they know how to kill these creatures.

The shotgun sound has attracted more monsters to their farmhouse. But this time, Evelyn and Regan are two badass ladies ready to fight, and that’s where the movie ends.

Once in a while, a movie comes along that’ll make you silently ponder the ending which hit you like a speeding train. A Quiet Place is one of those movies that even with an open-ending, it’s deeply satisfying.

Now, you might ask what was so satisfying about that ending. Lee died, the monsters are still mysterious, and there’s no sign of any other survivors.

But that’s just how most horror flicks go.

However, A Quiet Place is not really a horror flick, per se. Krasinski has gone on record to admit that he’s not a big fan of the horror genre.

It’s set in a horror/sci-fi theme, but it’s actually a family drama about dealing with grief, adolescence, guilt, and hope. It makes Regan’s hearing impairment an empowerment as a whole. And it conveys all this without the spoken word!

Regan’s disability gives the family an advantage, but she doesn’t notice a monster until she sees it butcher her brother in front of her own eyes. Her guilt wears her down to the point she distances herself from her father.

Lee’s a guy with little technical knowledge, relying on textbooks to modify his daughter’s cochlear implants so she can sense a monster when its near.

But she lashes out at him. Nonetheless, she privately tries the implant and is happy her father doesn’t blame her for Beau’s death. She understands the relevance of Lee’s work when it turns into their means to fight.

In one poignant scene, Lee tells Marcus he should tell Regan he loves her often. It  foreshadows the moment Lee signs “I love you” to his kids for the last time. That primal yell was the first human sound in the entire movie and it held a ton of meaning.

With everything going on, you might ask if we really needed a pregnancy to pile on the problems?

The key to any survival story is the next generation. Lee died to keep his family alive, who will fight back against Earth’s invaders. And why mustn’t life not carry on in the most terrible of situations?

The monsters are almost a secondary presence in the story. With no dialogue, Krasinski has used minimal cinematic tools to describe the unseen creatures.

We don’t even know how they get there! There are hints of an invasion, but the story doesn’t let it take the spotlight away from the Abbots. The first and only appearance of the monster is right before Evelyn blows its head off.

This hidden other-worldly antagonist would remind one of the “Cloververse,” based on the found footage movie, Cloverfield (2008).

Writers Scott Beck and Bryan Woods considered making A Quiet Place into a Cloververse entry. But the suits at Paramount rejected the idea. They didn’t, however, turn down the script.

It’s rare for a studio to not pile on a franchise. But can you imagine the damage it would have done if A Quiet Place was a Cloverfield movie?

Netflix’s The Cloverfield Paradox, was a critical dud. Another entry into Cloververse would be marred with online theories and the hunt for Easter eggs, and it would have taken away from the plot.

A Quiet Place was branded as a standalone film, concluded with Evelyn and her kids making a final stand. But its critical and commercial success has led to a sequel in the works.

The sequel would perhaps answer the unexplored questions about other survivors. Krasinski knows the direction the next movie would take and it involves the people at the other end of the fires.

“When the father lights the fire and in the distance those other fires light up. How did those people survive? How did that old man survive?” said Krasinski.

There is a high possibility that there are more people who have managed to escape soundlessly. Because these monsters are not hunting humans for food, remember.

Among Lee’s notes a question stands out: “Why don’t they eat their kill?” These aliens appear to murder any living thing that makes a sound as a means of eliminating any threat to their race. The final scene somewhat explains this motivation.

Perhaps the Abbots aren’t the only ones who figured the monsters’ weakness and there are probably clusters of survivors somewhere ready to take Earth back.