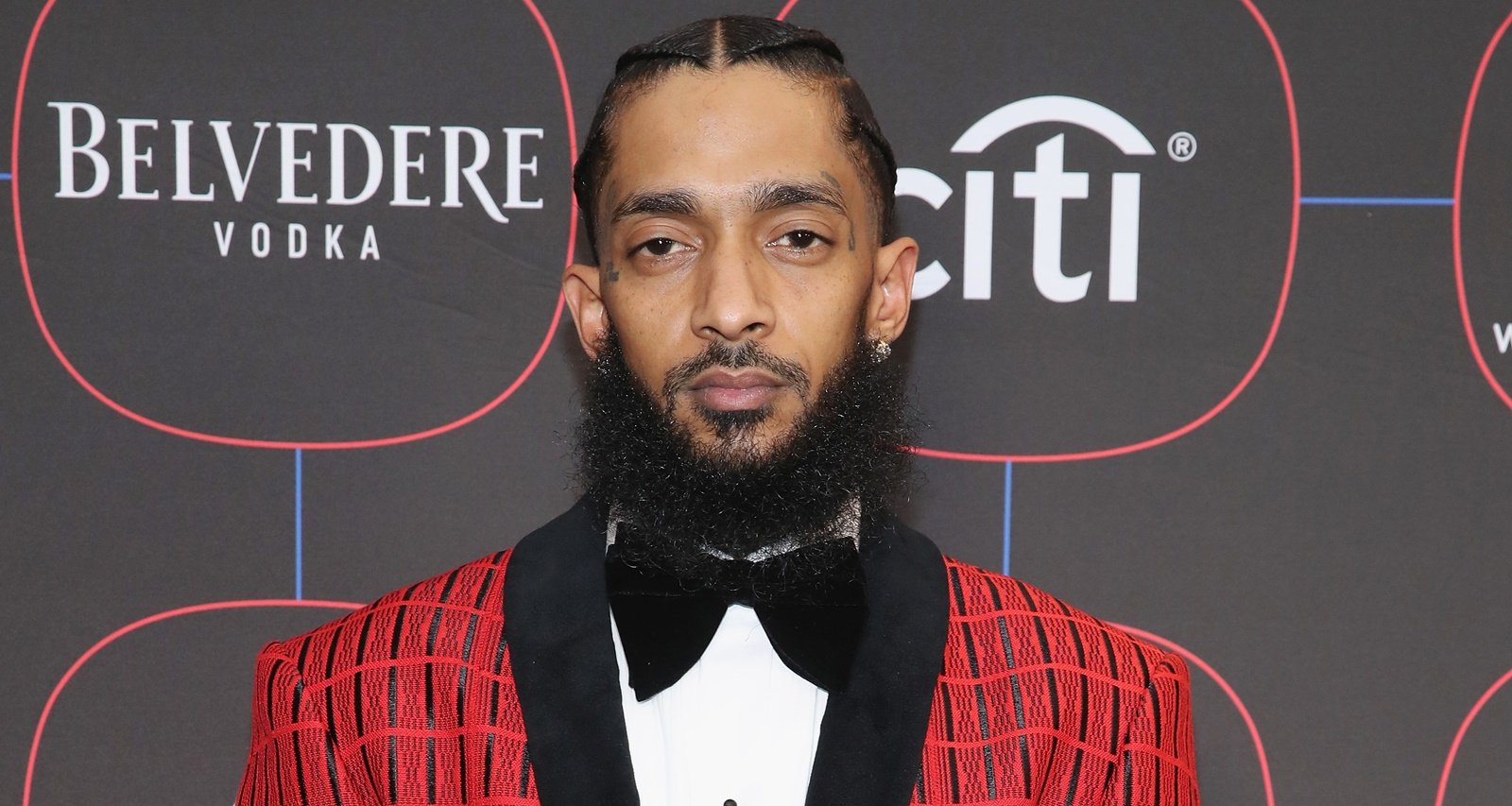 Nipsey Hussle at the NoMad Hotel on February 7, 2019 in Los Angeles, California. (Photo by Randy Shropshire/Getty Images for Warner Music)

It’s a difficult time for Nipsey Hussle’s family in the aftermath of the rapper’s tragic shooting death on March 31, 2019. Now his siblings, Samantha Smith and Samiel “Blacc Sam” Asghedom, are opening up about their loss and the impact Hussle had on several lives. Hussle had also spoken out about his close-knit family in the past. Here’s everything you need to know about Nipsey Hussle’s family, and especially his brother and sister.

Nipsey Hussle’s Father Was from Eritrea

Nipsey Hussle was born Ermias Joseph Asghedom on August 15, 1985 in Los Angeles to Dawit Asghedom and Angelique Smith. His father came to the U.S. from Eritrea, a small country along the Red Sea coast of the African continent.

Hussle said his father left Eritrea to escape the conflict between his home country and Ethiopia. In the U.S., the elder Asghedom married an African-American woman with whom he had two sons and a daughter.

According to Hussle, he grew up in L.A. isolated from his father’s family in Eritrea. His father was the only one of his relatives in the U.S., but he made sure his children knew of their African roots.

“My pops tried to keep me involved with the culture by telling me the stories of the conflict between Ethiopia and Eritrea, how he came to America, and about our family back home, because all that side of my family, my aunties, grandparents, is in Africa,” Hussle recalled.

Hussle and his brother Samiel would travel to Asmara, Eritrea in 2004, when Hussle was 18. Their three-month stay in their father’s homeland had a profound impact on Hussle. He met his grandmother, cousins, and extended family there for the first time.

Hussle would return to Eritrea more than a decade later as a successful musician, representative of Eritrean culture in hip-hop, and ambassador for those seeking to put the violent life behind and become a successful role model.

Samiel Ghebrehet Asghedom, born on March 4, 1982, goes by the name Blacc Sam. The West Coast rapper had spoken about his brother several times and it’s clear that they always had each other’s backs.

It’s particularly important considering Hussle and Sam grew up surrounded by gang culture. Hussle once said that his time in Eritrea exposed them to real conflicts beyond local gang culture.

The Asghedom brothers have had their fair share of run-ins with the law. Hussle was once arrested in 2014 for a misdemeanor.

In 2011, Hussle and his manager reportedly got into an altercation when Sam stepped in to defend his brother. Witnesses said Sam pulled out a firearm and fired a shot in the air. LAPD arrived on the scene and an officer allegedly fired at Sam, missing him. The Asghedom brothers were among five people who were taken into custody.

According to arrest records from the Los Angeles County Sheriff’s Department, Sam was arrested on October 9, 2018. He was charged with a felony but the details weren’t specified.

Sam was released on bail the same day after paying an eye-popping bond of $1.0 million. It’s unclear who paid the bail amount, but it was alleged that Hussle was the one who came to his brother’s rescue.

Hussle, however, was quick to deny that he spent the cash to bail his brother out and said he was not in California at that time. He said that his brother bailed himself out and added “Putsomerespectonhisname.”

It’s possible Sam did have the means to pay his bond. As the story told by Hussle goes, his song  “Young N*****” featuring Diddy was inspired by an incident with Sam where he buried about quarter of a million dollars—that he “just got off the street”—in their mother’s backyard.

When the family tried to dig it up a year later, most of the money had molded. Sam, Hussle, their mother, and sister tried everything to salvage as much of the money as they could.

Sam’s academic background is unclear. Hussle said that he studied in a juvenile program at the Lennox Sheriff Department. He later went to community college before dropping out to pursue his music career.

Nipsey Hussle fulfilled his life’s dream with the launch of The Marathon Clothing store in 2017. The smart store was a partnership with Blacc Sam and others.

It was major progress for the brothers who went from selling small items on a strip in Crenshaw to opening their flagship store. Several patrons have shared their experiences at the store, a family business in every sense, recalling that Sam would often be at the counter to help. Sam and Hussle’s father could also be seen at the store helping out customers.

Hussle was shot and killed outside The Marathon Clothing store on March 31. The suspect, Eric Holder, was taken into custody on April 2 and pleaded not guilty to the charges.

Sam later revealed that he was among the first of the family to arrive at Marathon soon after Nipsey was shot. Nipsey was reportedly still breathing when Sam arrived.

Hussle is survived by his siblings, Samantha Smith and Blacc Sam; his girlfriend, Lauren London; their son, Kross; and his daughter, Emani, from his previous relationship with Tanisha.

The grieving family has spoken out about their loss on various platforms. While London and Smith took to Instagram, Sam opened up to media outlets.

Calling his brother a “people’s champ,” Sam said Hussle was someone who “believed in the process of hard work, determination and just the positivity of somebody staying in the area that he grew up in and making something out of nothing.”

Sam is now dedicated to keeping his brother’s legacy alive through his many philanthropic ventures and keeping Marathon running.

Hussle Worked on a Business with His Sister Samantha Smith

Hussle and Sam have a little sister, Samantha Smith, who celebrates her birthday on August 1. She expressed her grief over losing her brother on Instagram. She wrote a heartfelt post with a picture of Hussle hugging her and her son, Khalil.

You are my heart. You are my strength my wisdom my joy my balance. You are my Superhero. Invincible to me. I feel so safe with you. I feel so covered and protected. Imperfections do not exist with you because you are flawless. I need you I need you please let me hold you again. You are my baby. To the world you are the strongest man and to me you are the most vulnerable innocent child. Your heart is pure they don’t know you like we know you. Your love is expansive. Talk to me again. You’ve taught me so much. You hold me down through everything. I got Lauren. I got Emani. I got Kross. I got Sam, he is my responsibility now. He is my big little brother. I got mommy and Granny and Pop. You gave me so many tools. You gave me so much insight. We will talk every second of everyday and I am here to carry out your vision. Ermias God Will Rise. I love you forever and I will cry forever. You are my lifeline as long as I am here you are too.

Samantha is a skin therapist with her own business, GLO by Samantha Smith. Her Instagram speaks to her inspirational personality. Like Hussle, Samantha also does her bit for the community she grew up in.

Hussle was lauded for opening several businesses in Crenshaw in an attempt to provide more opportunities to the people living there. Together with Samantha, he helped build up the co-working space, Vector90. Through their joint business venture, Hussle gave a push to budding female entrepreneurs.

Hussle’s other businesses in the neighborhood reportedly include Steve’s Barbershop, Elite Human Hair, Wireless Connection cellphone shop, and restaurants Baba Leos and Fish Shack. He also had a partnership with Fatburger in Crenshaw and a record label, All Money In Records.

Don’t Miss: Lauren London Kids: A Look into the Life of a Hip Hop Mom