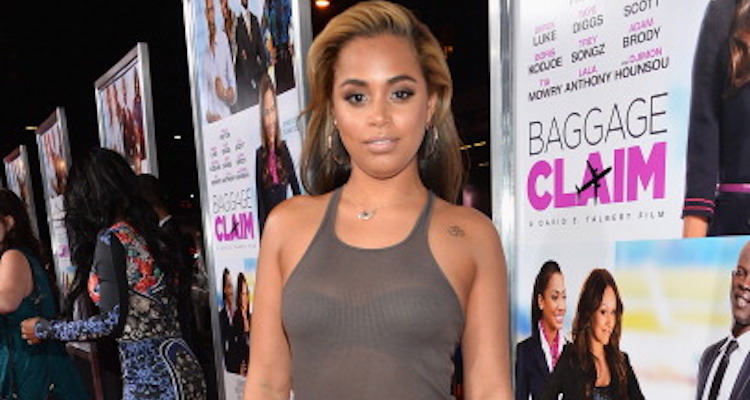 West Coast rapper Nipsey Hussle died in a fatal shooting on March 31, 2019. He is survived by two children and his girlfriend of six years. A couple of days before his death, the hip-hop artist participated in a couples quiz with Lauren London for GQ. The actress Lauren London and her children have received an outpouring of prayers and support as they get through the loss of Hussle.

On September 9, 2009, Lauren London gave birth to her first son, Cameron Carter. His father is Dwayne Michael Carter Jr., who is known to the world at large as Lil Wayne.

There’s apparently a lot of misconception surrounding London and Wayne’s relationship. To this day, many people believe that they had a one-night stand that resulted in the conception of their son. This comes from the fact many people didn’t realize they were dating until their breakup was announced in January 2009. In May, London announced she was pregnant with Lil Wayne’s child.

According to London, while it may seem like they only briefly dated, the two were actually in an on-again, off-again relationship over a fairly long period of time.

London is very protective of her kids and as such, you don’t find much in the way of pictures of her sons on Instagram, and details about how she and Lil Wayne raise Cameron Carter are also kept very quiet.

#MCE All Day and Forever! My 1st born!!! My baby turned 7 this past week. It has been such an honor and joy to watch him grow and be a witness to his Greatness. God has truly blessed me beyond. Love my little human. #youngMrCarter #watchoutworld

In 2013, London began dating rapper Nipsey Hussle (real name, Ermias Asghedom). The couple were together for three years when London gave birth to their son, Kross Asghedom, on August 31, 2016. Unfortunately, their relationship didn’t last, as the couple broke up in November 2017.

By all accounts, the breakup was fairly amicable, and the former couple are dedicated to raising their son together. When announcing the split via his Twitter, Hussle mentioned how they would still function as a family with love and respect.

They eventually got back together, however, confirming their rekindled romance on social media. They would make their first public appearance together after reconciling at a Lakers game.

Their time together was tragically cut short with Hussle’s death on March 31, 2019. According to reports, Hussle was killed in a shooting outside his clothing store, Marathon.

Much like she is with Cameron Carter, London is very protective of Kross Asghedom and there are very few identifiable pictures of him on any of her social media accounts.

Hussle has a daughter, Emani Asghedom, from a previous relationship with a woman named Tanisha. Emani famously walked the Grammys red carpet with her father in February 2019.

Tanisha and London reportedly aren’t on the best of terms. In the past, they’ve had some very heated social media exchanges, where Tanisha claimed she and Hussle were never broken up.