Earl Thomas, the free safety for the Baltimore Ravens, had a seemingly picture-perfect relationship with his wife, Nina Thomas (formerly Nina Heisser). They had been together long before his NFL career and had never shied away from showing how much they loved each other. But an incident in April shattered that image. Nina Heisser was arrested for pointing a weapon at Earl Thomas for allegedly cheating on her. Our Nina Heisser wiki details the incident and more on Earl Thomas’ wife.

Nina Teresa Baham-Heisser was born on October 9, 1989. She, her siblings Kayla and Ryan, and parents Troy Heisser and Annita Baham are from New Orleans, Louisiana, but are now based in Orange, Texas, Earl Thomas’ hometown.

Happy birthday to me!!!!! 30years of life and lots more to live! Saying goodbye to my 20’s is a lot easier than I thought, a lot of love, lessons, fun and growth.. but all in just the right amount! This new chapter of life will be the best yet and I can’t wait to see what’s in store for me. I will continue become a better me in all aspects while continuing to love and pour into my family & friends because they keep sane. Thanks for all the birthday wishes I love you guys!!!! #Dirty30 #LuckyLibra #109 #turningupallOctober 💃🏽

Earl Thomas III (born May 7, 1989) attended West Orange-Stark High School, where he became a standout football player. It was in junior year when he met Nina Baham-Heisser in their first period Spanish class.

They hung out as friends for months until Thomas mustered the courage to ask her to be his girlfriend. And they’ve been together ever since; through Thomas’ selection in the 2010 NFL draft and throughout his entire career.

Earl Thomas played with the Seahawks until 2018. He currently plays with the Baltimore Ravens.

The couple divided their time between Washington and their native Orange. Nina Heisser studied at Bellevue Community College in Washington from 2010 to 2014.

Earl Thomas proposed to Nina Heisser at his annual youth football camp event in 2015. They married the following year at Chateau Cocomar in Houston.

Their Versailles-inspired wedding was fit for royalty, complete with Thomas wearing a diamond-encrusted crown and regal cape. Among the wedding guests were Thomas’ Seattle Seahawks teammates, including quarterback Russell Wilson and his now-wife, singer Ciara.

The most ✨MAGICAL✨ day of my life #4everENLove16

The longtime couple are parents to three children: two daughters and a son. Their eldest daughter, Kaleigh (born on September 24, 2012), was the flower girl at their wedding.

Nina Heisser, now Nina Thomas, and Earl Thomas run an Instagram page for their three kids. But Kaleigh is the real star; she launched her own YouTube channel in January.

Nina Thomas Was Arrested for Pointing a Gun at Earl Thomas

Earl and Nina’s marriage took a turn in April when Nina was arrested in Austin. According to police reports, Nina pulled a gun on her husband when she caught him cheating on her.

The police who responded to an incident at a rental home in East Austin found Nina chasing the free safety in the parking lot with a knife. Earl had a loaded gun in his hand, which police determined he had taken from his wife. The officers also found out that the situation had escalated when Nina caught him in bed with another woman in that house.

The cops ordered both to drop their weapons and get on the ground. The couple complied. Nina was arrested after the incident.

Nina Thomas was charged with first-degree felony family violence for burglary of a residence with intent to commit aggravated assault with a deadly weapon. Her sister Kayla and Earl’s brother’s ex-wife, Camisha Garlow, who is also Nina’s longtime friend, were with her. They, too, were arrested and charged.

Earl Thomas is listed as the victim of the domestic violence incident. By his account, he and Nina got into an argument about his drinking. He left with his brother Seth Thomas, Garlow’s ex, and came to the rental home, where there were two women staying.

The next morning, Earl reportedly woke up to Nina screaming and pointing a gun at him. He claimed he was grappling with for the firearm when she began hitting him. His alleged mistress reportedly called the police.

Nina corroborated his account, but said she took his gun to “scare” him. She had taken out the magazine thinking it wouldn’t fire, but was unaware there was a round in the chamber. 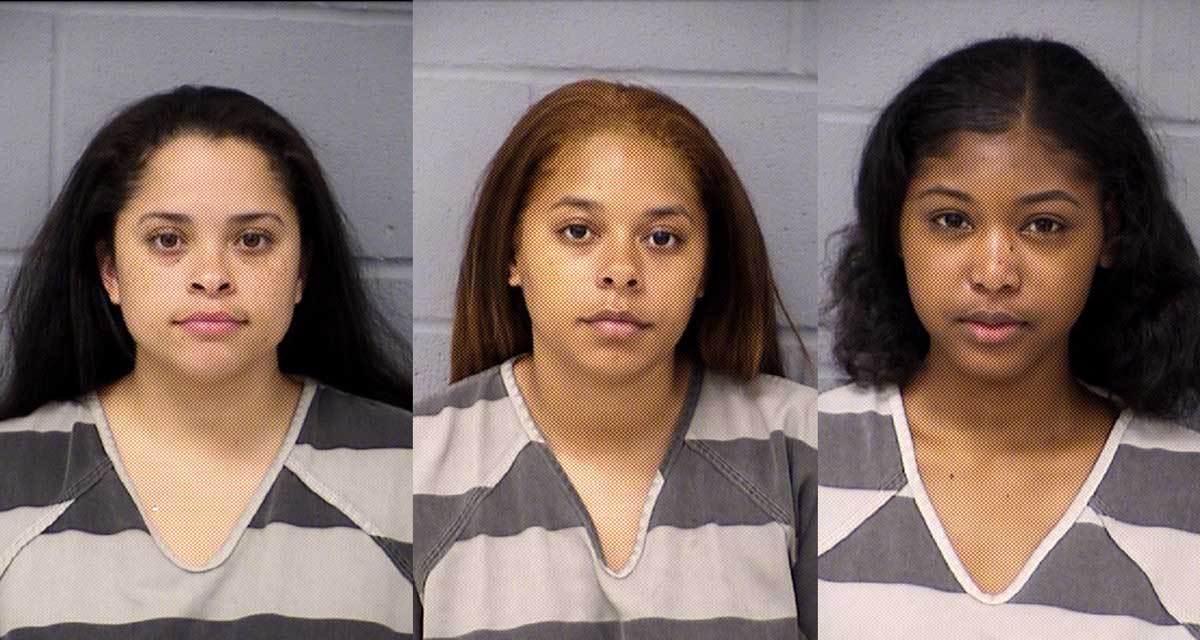