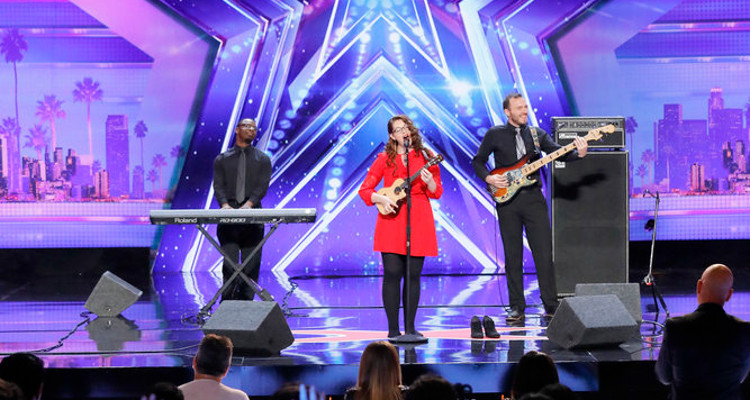 Taking the America’s Got Talent stage last night was a deaf girl named Mandy Harvey, who mesmerized both the audience and the judges with her incredible voice. If you want to know more about the singer and how she rose up, defying all odds, then take a look at our Mandy Harvey wiki.

Mandy Harvey is a singer, who lost her hearing due to a connective tissue disorder when she was 18. Despite the challenges she faced over the years adjusting to a life of silence, she continued to follow her dream of becoming a singer. Last night, she auditioned on America’s Got Talent with her original song “Try,” and it earned her a golden buzzer from Simon Cowell! If you loved her performance and want to know more about her, keep reading our Mandy Harvey wiki.

Mandy Harvey was born on January 2, 1988 in Cincinnati, Ohio, making her age 29 years old. When she was two, her family moved to Florida. Her father, Joe is a minister and her mother, Valerie is a public school teacher. Harvey has three siblings and showed an interest in singing at a very young age. Despite her issues with reoccurring hearing problems, she did not let that stop her.

When she was 10 years old, her family moved to Longmont, Colorado, where she went to Twin Peaks Charter Academy. While there, Harvey participated in several competitions and was a part of choral groups. During her high school graduation ceremony, she was named the “Top Female Vocalist.”

Harvey was accepted to Colorado State University as vocal music education student. However, her dreams came crashing down when she lost the ability to hear from both ears. Harvey was devastated; she dropped out of CSU and moved back to Longmont. She took American Sign Language Classes and signed up for elementary education courses at a local community college.

Disappointed, Harvey decided to take a year off from singing. However, she continued to practice guitar with her father. One day, she and her father found the song “Come Home” by One Republic, and Joe Harvey suggested that his daughter learn the lyrics. Although it was difficult for her, Mandy Harvey managed to sing in key and read music, and she realized that she could still become a singer.

In 2008, Harvey’s college music professor, Cynthia Vaughn, introduced her to jazz pianist, Mark Sloniker. She began singing regularly at Jay’s Bistro in Fort Collins, and has released three albums: Smile (2009), After You’re Gone (2010) and All of Me (2014).

Mandy Harvey on America’s Got Talent

I can't believe this!!! @agt Thank you so much!

Harvey appeared on America’s Got Talent and sang an original song of hers called “Try.” The judges were so impressed by her voice that the cynical Simon Cowell pressed the golden buzzer, sending Mandy Harvey straight to the live shows! When she performs, she removes her shoes to feel the vibrations and tempo on the floor.

Mandy Harvey is an inspirational woman, who is proof that nothing can stop us from achieving our dreams, as long as we try. If you missed her performance on America’s Got Talent, then take a look at it below. (Warning, you might want a few tissues handy!)