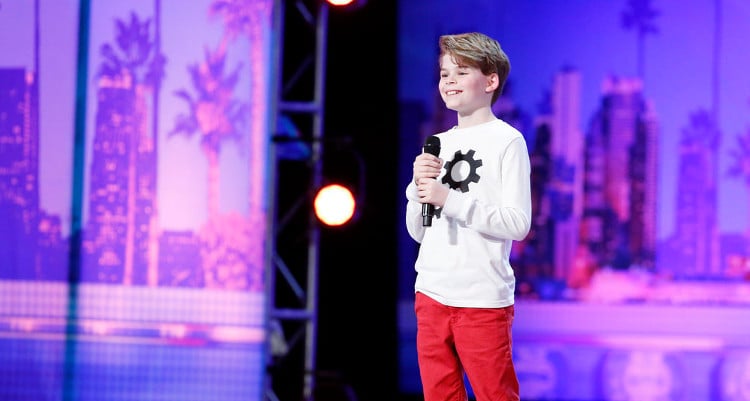 The adorable Merrick Hanna was born on March 22, 2005 in San Diego, California. He is the son of Shawn and Aletha Hanna, and is a freestyle dancer who rose to fame after his performance on Nickelodeon’s Lip Sync Battle Shorties, and So You Think You Can Dance: The Next Generation.

Hanna’s hip hop dance style has been described as “flo-bot.” On America’s Got Talent Season 12, the 12-year-old narrated an emotional story through his dance moves to “I Built a Friend” by Alec Benjamin. His performance made the audience emotional and the judges gave the boy a standing ovation.

The appreciation did not stop there! Hanna received a lot of love and encouragement on social media from fans all over the country.

@MerrickHanna You are a monument of expression through dance. An inspiration to all.

Merrick Hanna was also on the The Ellen DeGeneres Show when he was just 10 years old. While speaking to the comedic host, he explained that he started dancing when was about eight years old. He also revealed that the Jabbawockeez (the group who won the first season of America’s Best Dance Crew) inspired him to take up dancing.

Before auditioning for America’s Got Talent, Hanna showcased his skills on So You think You Can Dance: The Next Generation. He also modeled for national brands such as GAP Kids, H&M, and Honda. Aside from his robotic dances, Hanna also has a knack for acting. He acted in two full summer Shakespeare runs of Much Ado About Nothing and A Winter’s Tale with the Intrepid Theater Company.

When asked about his source of inspiration, Merrick Hanna told the judges of America’s Got Talent that his 80-year-old grandmother (who still takes four dance classes a week) inspires him. The typically critical Simon Cowell was very impressed by Hanna’s performance, and went on to say that he would love to have the 12-year-old dance in his pop videos!

The young boy seems to have an innate knowledge of dancing, and says that he likes the creative part of it most. At 12, this boy is already a dancing genius. With his cute smile and impressive moves, Merrick Hanna is already a fan favorite on America’s Got Talent Season 12.