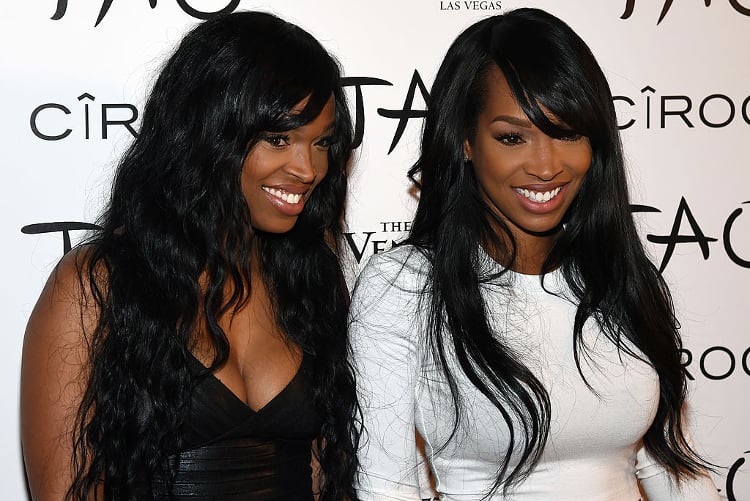 Kim Kardashian is back on the party circuit! The 36-year-old reality star is catching up on all the latest gossip, following her self-imposed social media hiatus. Recently, she was spotted with her yummy mummy squad at Dash Dolls star, Khadijah Haqq’s daughter’s party.

Kim Kardashian has to make up for plenty of lost time. The mother of two and her rapper husband Kanye West dealt with some serious family crises last year, which included his public meltdown and her being held at gunpoint in Paris. After losing millions in jewelry and more, Kim Kardashian was noticeably absent from social media. The loving mother of Saint (1) and North (3) was understandably shook up after the life-threatening incident. But now, the Keeping Up with the Kardashians star is back in the spotlight! After making public appearances, Kim K was recently seen at New York Fashion Week, where Kanye launched his much-awaited Yeezy Season 5 collection. It looks like the oldest Kardashian is making her rounds after being spotted out and about with her squad. Check out Kim Kardashian’s Instagram photo, showing the star looking fierce beside BFFs VH1 Basketball Wives star Evelyn Lozada, singer Tamar Braxton, and Dash Dolls twins Khadija and Malika Haqq.

Kim Kardashian Paints the Town Red with Her “Mommy Club”

Kim K definitely knows how to let her hair down. The Kardashians are a busy bunch, with their eggs in several baskets including fragrances lines, reality shows, emoji apps, and retail lines to name a few. However, the beautiful brunette remains fiercely loyal to her friends and family and ensures that she takes time off from her busy schedule to spend quality time with them. Kim was recently spotted at the birthday party of her friend Khadija Haqq’s daughter. Khadija and her twin sister Malika star in the Keeping Up with the Kardashians spin-off called Dash Dolls, which focuses on the lives of the glamorous Dash boutique employees. 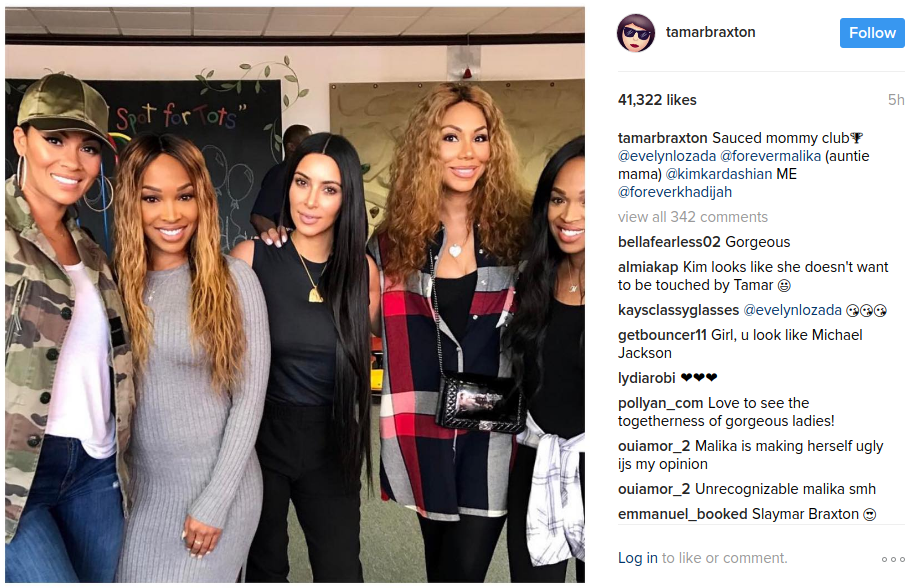 Singer Tamar Braxton captioned the photo “Sauced mommy club” and looked happy posing beside a smiling Kim, flanked by Khadija and Malika. The post shared by Tamar Braxton immediately racked up over 40,000 likes and the gorgeous women definitely seem to be having a great time!