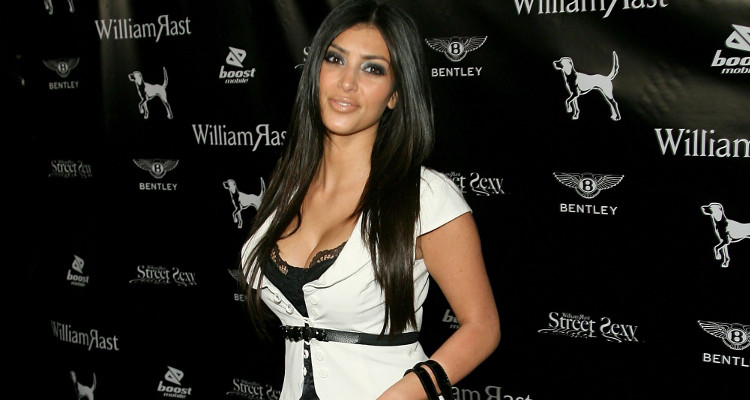 The Kardashian-Jenners are a close-knit bunch. The loving family has always publicly rooted for its members, even if they are privately squabbling amongst themselves. Kim Kardashian is no different; because she was terribly missing them, the mother-of-two shared a sweet throwback pic of her and children, Saint and North, at NYFW.

Call them what you will, but Kim Kardashian and Kanye West have proven time and again that they are good parents. The glamorous couple make it a point to take time off from their busy separate schedules to spend quality time with their young children, North (3) and Saint West (1). The Kardashian-Wests had a tough 2016, but have emerged tougher and stronger than ever. Between Kim’s Paris robbery and Kanye’s public meltdown, the family of four has been through a lot. However, things seem to be returning to normal after Kim took a social media hiatus to recover from the life-threatening incident. Kim was recently seen at New York Fashion Week with rapper/hubby Kanye West to present his Yeezy season 5 collection. In case you haven’t checked Kim Kardashian’s Instagram lately, the Keeping up with the Kardashians star’s maternal love for her kids seems to be overflowing, as she keeps sharing adorable photos of North and Saint. Check out Kim Kardashian’s latest Instagram photo of her kids.

The Kardashian-Wests recently dropped a bomb on Snapchat: the power couple is launching a children’s clothing line! Naturally, proud mother Kim launched her 3-year-old daughter North’s modeling career by getting her to pose in an adorable yellow sequinned dress. In the midst of designing all the adorable children’s clothes, it seems that the 36-year-old terribly misses her children when she is away from home. 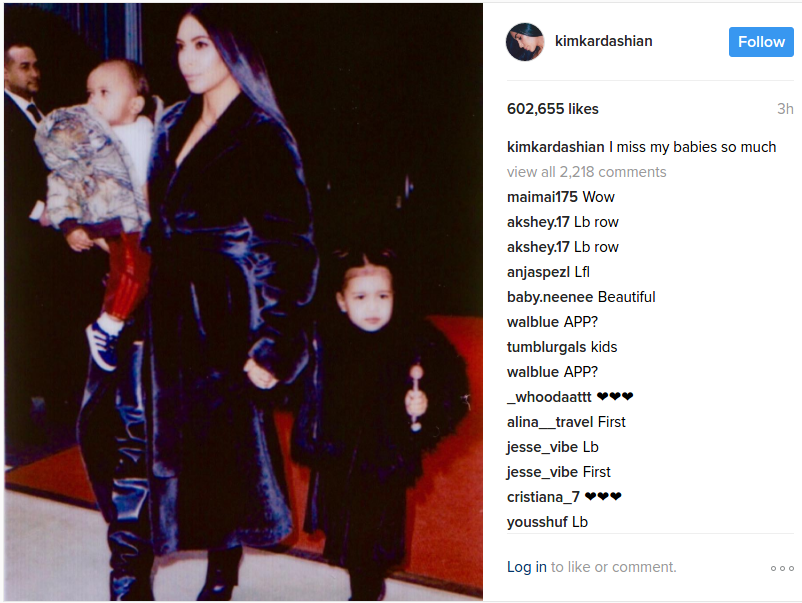 Understandably, Kim wishes she could spend more time with her children, just like any other working mother. It looks like she couldn’t stop thinking about North and Saint while at New York Fashion Week, and shared a sweet snap on Instagram. The adorable throwback photo from a previous NYFW posted on Kim Kardashian’s Instagram account shows the proud mama striking a fierce pose with baby Saint on one hip, while toddler North clutches her other hand. She captioned the photo, “I miss my babies so much.” The oldest Kardashian sibling looks absolutely stunning and stylish in a black coat with her long raven tresses flowing down her shoulders. Motherhood definitely becomes you, Kim!