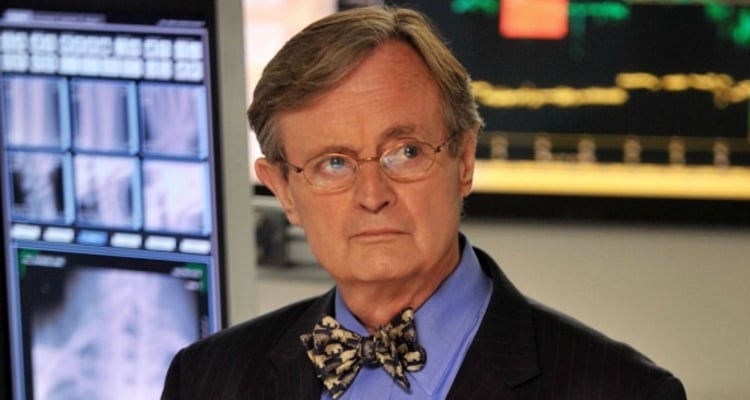 The cast is dwindling on NCIS! After Jennifer Esposito’s departure, it was announced Pauley Perrette is also leaving the show soon. Last night (October 10) showed a new opportunity for Ducky, which could also mean he, too, is leaving NCIS.

If you caught up with our favorite crime-busting gang on last night’s NCIS, you’re probably asking if Ducky is leaving the NCIS cast.

The 2017 season has seen some cast shuffles after Jennifer Esposito left and new faces joined. It was also announced that Pauley Perrette will be leaving the show at the end of this season.

While we’re still reeling from that news, we might have to say goodbye to Ducky soon, too! Is David McCallum leaving NCIS? There have been no reports confirming this, but fans are still worried this could be the case. Can it be NCIS without Ducky and Abby? Here’s what you need to know.

This week’s NCIS had our dynamic team going about business as usual. You know, taking down bad guys and rescuing their own. One of the members gets a special personal story every week and this time we see what Dr. Donald “Ducky” Mallard (David McCallum) is up to.

But he’s really not seen much in the first half of the episode. When the agents bring in slain Metro detective, Miles Higgins’ body for autopsy, there’s no Ducky to be seen. Jimmy Palmer (Brian Dietzen) is in charge while Ducky is away in Scotland for a guest lecture at the University of Edinburgh. Nice!

Palmer is flustered with the responsibility until Gibbs coaches him into conducting the autopsy. He does a fine job but then is crying for Ducky again when a huge stash of medical supplies is delivered.

And no one touches the closet but Dr. Mallard! Not to be presumptuous, but this looks like it’s the show’s way of telling us Palmer may have some huge shoes to fill soon.

Nonetheless, Palmer does his bit in helping to solve the case and we head over to Scotland, where Ducky is giving a lecture on an old case that involves a body inside a body.

He shows icky pictures of eaten remains found in the stomach of a dead man to a rapt audience of students. He teaches them his old practice of talking to the body on the table, and it’s not creepy at all.

At the end of the session, the forensic specialist is mobbed with eager questions.

Obviously, Ducky is a hit with the students and could do very well in a classroom setting! So, when an old friend offers him a semester at John Jay College of Criminal Justice in New York, we’re not that surprised.

At first, Mallard declines, but the more he thought about it, the more intriguing it became. But he’s worried about Palmer and the NCIS, which, as it turns out, he doesn’t have to.

When he returns home, Palmer restocked the medical supplies all by himself. Gibbs speaks to Ducky, having learned about the offer somehow. He encourages Ducky to take the job, which he does. The last scene before the episode closes is Ducky telling Palmer about it before they share a hug.

Ducky is shining in the classroom! #NCIS pic.twitter.com/Q4qdBdp7e3

The end of the episode confirmed that Ducky is taking the offer but not whether he’s leaving NCIS altogether. While some are speculating that McCallum is leaving the show, others believe it’s not the case.

CBS announced Perrette’s departure early on and are set to give her a fitting farewell as a cast member from season 1. It can’t be that an equally important longtime cast member like McCallum would leave so silently, right?

Secondly, few on Twitter are convinced Ducky is not exiting NCIS completely. Gibbs and Ducky did say New York is only three hours away and the teaching gig isn’t long-term. Though his friend offered him one semester, considering how popular he is with the students, Ducky could teach longer. But he could still contribute forensic insight to the NCIS.

McCallum could also be on hiatus for a few episodes as is not uncommon for characters on various shows to do that. And he’s still listed as regular cast member on NCIS. At the moment, it appears that they’ve set the stage for Ducky’s possible return later. We’d have to wait for an announcement from CBS or the next episode to find out about Ducky’s future.